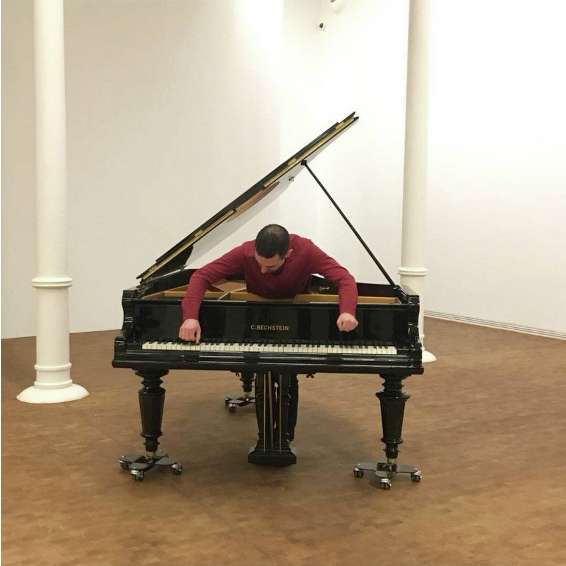 The severe climatic vulnerability and the economics of debt extraction suffered by the island of Puerto Rico can hardly be ignored, as it is the background that gives political meaning to the works of Allora & Calzadilla.

Jennifer Allora (b. 1974, USA) and Guillermo Calzadilla (b. 1971, Cuba) have collaborated on an expansive and experimental body of work since 1995. Through a research-based approach, their works trace intersections of history, material culture, and politics through a wide variety of mediums, namely performance, sculpture, sound, video, and photography.