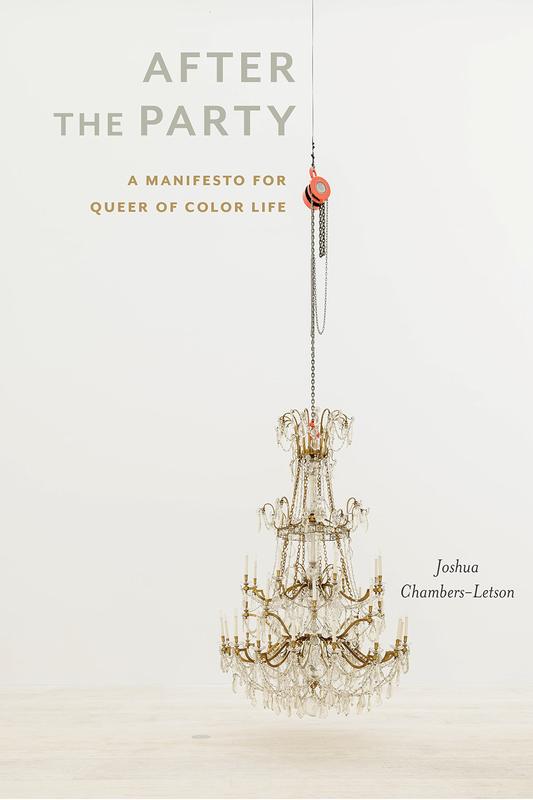 A new manifesto for performance studies on the art of queer of color worldmaking.

After the Party  tells the stories of minoritarian artists who mobilize performance to produce freedom and sustain life in the face of subordination, exploitation, and annihilation. Through the exemplary work of Nina Simone, Jorge Ignacio Cortiñas, Danh Vō, Felix Gonzalez-Torres, Eiko, and Tseng Kwong Chi, and with additional appearances by Nao Bustamante, Audre Lorde, Martin Wong, Assata Shakur, and Nona Faustine, After the Party considers performance as it is produced within and against overlapping histories of US colonialism, white supremacy, and heteropatriarchy. Building upon the thought of José Esteban Muñoz alongside prominent scholarship in queer of color critique, black studies, and Marxist aesthetic criticism, Joshua Chambers-Letson maps a portrait of performance’s capacity to produce what he calls a communism of incommensurability, a practice of being together in difference.

Describing performance as a rehearsal for new ways of living together, After the Party moves between slavery, the Civil Rights Movement, the first wave of the AIDS crisis, the Vietnam War, and the catastrophe-riddled horizon of the early twenty-first century to consider this worldmaking practice as it is born of the tension between freedom and its negation. With urgency and pathos, Chambers-Letson argues that it is through minoritarian performance that we keep our dead alive and with us as we struggle to survive an increasingly precarious present.