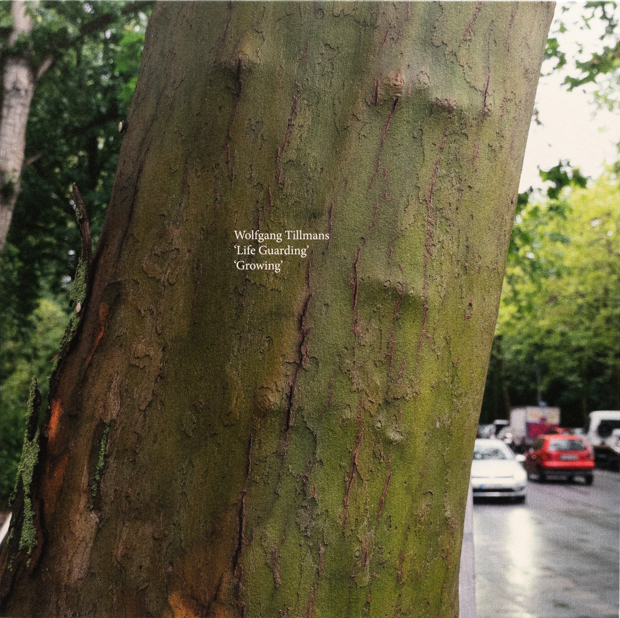 'Life Guarding' offers a first glance into an upcoming album by Wolfgang Tillmans. The song finds Tillmans in open waters, lyrically exploring wor(l)ds as they appear like undertows and tie in the listeners by his candid approach to accept whatever the drift throws at him and leaving him exposed at his most vulnerable. It seems no coincidence that the video Tillmans' shot and directed for the song finds a similar approach to "liquidity" in visual language. Shifting the lens between micro and macrocosms, collages of body parts, fruit and insects, we find him equally paying attention to the waves of the Atlantic Ocean as well as to the "same" water in the form of drops, evaporating on a hot kitchen plate. This current shape of 'Life Guarding', in equal measures upbeat and melancholic, emerged in sessions with Tillmans' long term musical collaborators Tim Knapp and Jay Pluck in early 2019 at Trixx Studios in Berlin, that were further developed and produced by Tim Knapp and Bruno Breitzke.

'Growing' was originally part of Wolfgang Tillmans' sound, light and video installation South Tank at Tate Modern in 2017. This summer finally sees the independent release of this collaboration with the L.A. based duo Wreck and Reference. The song also features excerpts of Fred Weyrich's lyrics for German singer Alexandra's 1968 hit Sehnsucht (Longing). Wreck and Reference are an experimental music project from California by Felix Skinner and Ignat Frege. Drawing upon the blown-out intensity of black metal and noise rock, they eschew traditional guitar-centric instrumentation to construct songs with digital samples, drums, and voice. To date, the band has released four EPs and four full-length albums, and has contributed to the production of the title track to Tillmans' 2018 EP Heute Will Ich Frei Sein. 'Growing' involved the band placing samples of Tillmans' singing and spoken word over a kick drum-driven techno track made with synthesizers, acoustic drum recordings converted to digital drums, and noisy samples of jangling keys.

The grooves of a record's mastering cut filmed by Wolfgang Tillmans through a microscope at Dubplates & Mastering in Berlin appear on the artwork of the release and will also be part of the music video.