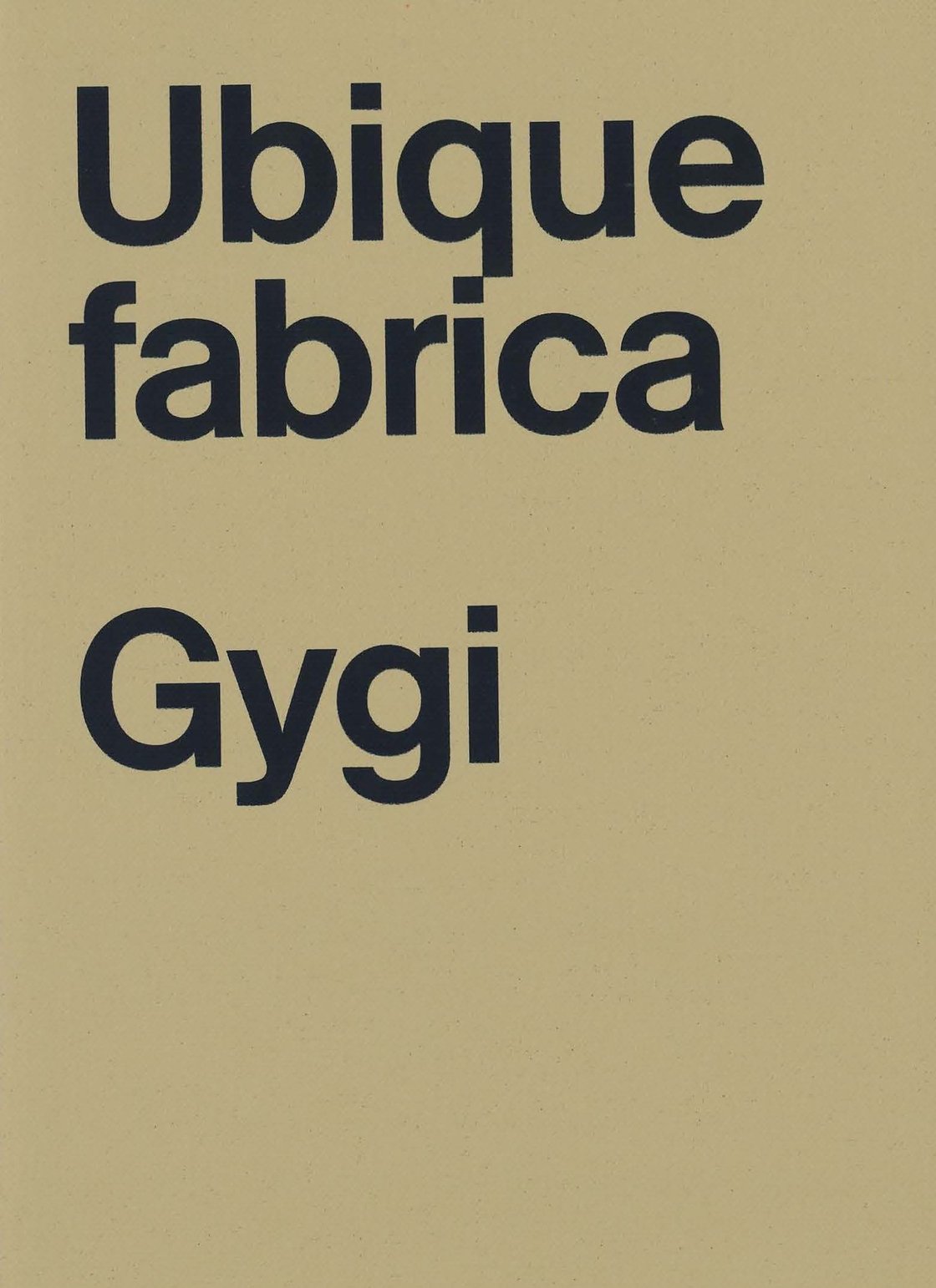 Rather an artist book than an exhibition catalogue or a monograph, this publication was conceived with Fabrice Gygi around the topic of the artist studio, hence its title, Ubique fabrica, "the workshop is everywhere". Fabrice Gygi has occupied nearly thirty studios in which he has created most of his work. Today, he leaves them behind to create smaller works, such as watercolors of small size and easily transportable. The photographs reproduced in the book document the wanderings of the artist. Over the years, he has opened up his practice to the exploration of landscapes, bivouacs and fires, such as the Arve Valley, the Jura, the Alps, Sulawesi, South Sinai, Texas, Paris, Arizona, New Caledonia and Abitibi-Témiscamingue; and for the studios: Texas, Geneva, the Valais, Sinai, Sulawesi and Paris.

Fabrice Gygi is one of the most important Swiss artists of his generation. Part of the radical movement of the Geneva squats, his life and work are impregnated with a general rejection of social order. Spanning from performances, engravings, photographs, installations, watercolors, bas-reliefs, jewelry and sculptures, all his works use a minimalist formal vocabulary to explore the body, in its capacities as well as in the constraints imposed by society. An ardent defender of freedom of movement, he has been practicing lifestyles close to nomadism.

This book is published on the occasion of Fabrice Gygi's exhibition at the Geneva Arts Society (September 16- October 16, 2021),  which awarded him the prestigious Prix de l'Art in 2021.