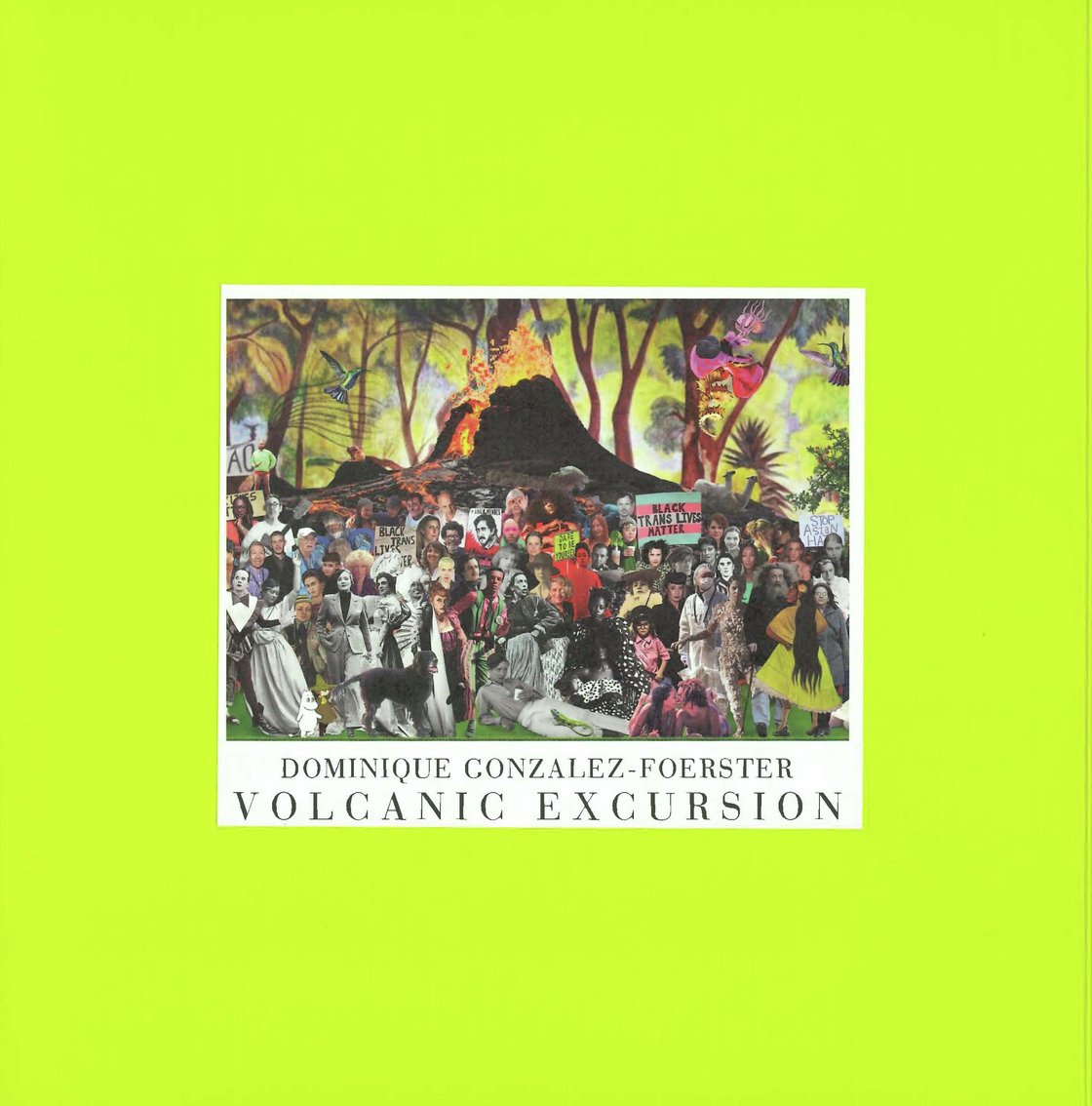 "it’s not exactly a book … it’s a kind of folder which contains a volcanic excursion … there is a long panorama with more than 235 characters … humans and non-humans … partly inspired by diego rivera’s murals and inhabited by klimt’s gorgons and typhoeus, among many others. there is also a booklet with an index, silhouettes, details, images. it’s a kind of companion to the exhibition but also a miniature home exhibition. and this is how it all started: "… woke up in the middle of the night and had a vision. we were close to a small volcano with a gentle lava flow, the vegetation was tropical, there were hummingbirds and llamas … my body was multiplied in several apparitions … it was a beautiful, joyful, almost operatic crowd, like a march, a protest, an excursion … together with marielle franco, loïe fuller and subcomandante marcos, leslie feinberg and kathy acker, chico mendes and rosa luxemburg and so many more …" – Dominique Gonzalez-Foerster