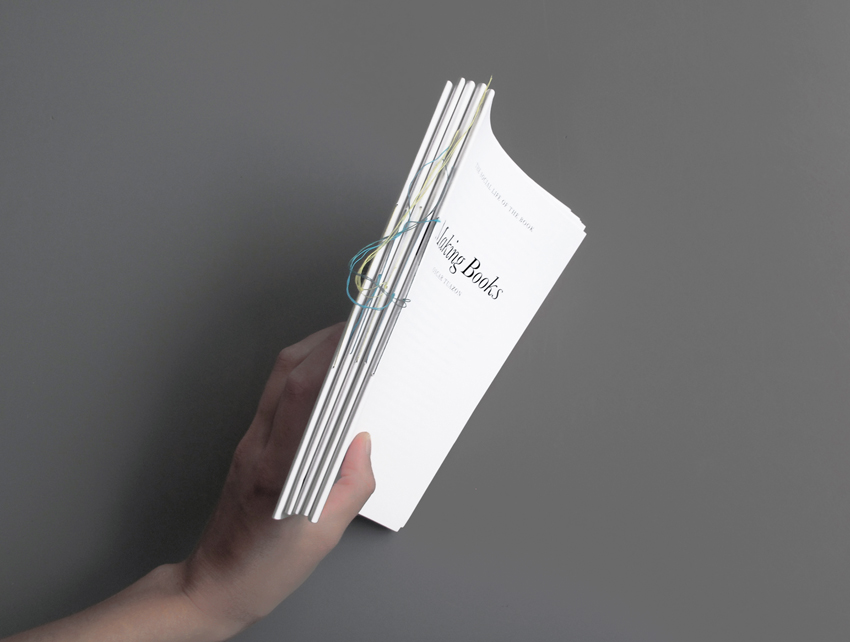 “I was raised making books,” recalls US artist Oscar Tuazon at the beginning of this essay, which addresses the very oft-announced death of the book at the same time as it envisions the conditions of its rebirth. This unflinching reflection on how publishing has changed, also develops as a speculation on the artist’s own approach to sculpture.

A collaboration between castillo/corrales, Paris and graphic designer and editor Will Holder, The Social Life Of the Book (2011-2015) was a collection of commissioned texts reflecting on books, and how they engage with the circulation of ideas and the agency of social situations. The series brought together artists, publishers, writers, designers, booksellers, etc. who consider books less as finished objects or forms than for their disruptive potential and their ability to produce new relationships, new publics and new meanings.
S.L.O.B consists in a series of 16-page, saddle-stitched signatures, available on postal subscription and in selected bookstores. In its contents as well as its distribution, the series aimed to focus readers’ attention not only on printed material as such, but also on the ecosystem that knowledge, writing, publishing and distributing form together.