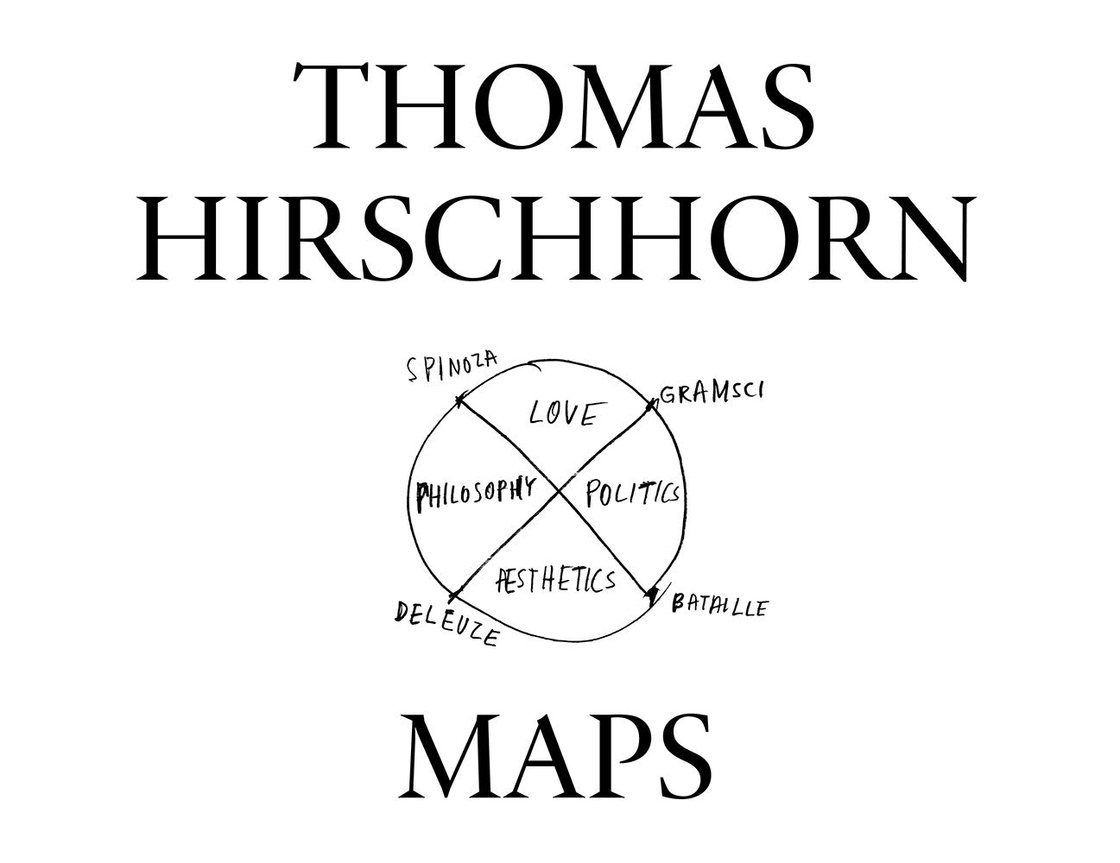 Bringing together fifteen Maps realized between 2003 and 2016 by Swiss artist Thomas Hirschhorn, some of them in collaboration with Marcus Steinweg, this volume focuses on this particular aspect of his practice that could be seen as a matrix to understand his unique position within the art world and visual culture. As the artist himself explains: “With my Maps, I want to make clear I have a goal, that I am also a maker, and not only a thinker, a theoretician. I want my Maps to be statements and also commitments toward myself, first and foremost.”

Edited and introduced by Julie Enckell Julliard, the publication reproduces each Map in detail, showing their combination of printed matter, texts fragments, artist's comments, and collaged images found in the press. Acting as an archive of Hirschhorn's projects, his Maps are simultaneously tools to clarify his thinking, memorials to inspirational figures such as Foucault, Spinoza, Arendt, Nietzsche, manifestoes about topics such as “friendship between art and philosophy,” as well as a way to resist. Published all together they provide a remarkable insight into the uncompromising art and aesthetics that Hirschhorn has been building consistently for thirty years. Also included are an interview with the artist, an essay by German philosopher and friend of the artist Marcus Steinweg, as well as many texts reproduced in the Maps all related to specific projects realized by the artist over the last fifteen years.