Clément Rodzielski’s third exhibition at Chantal Crousel Gallery is an opportunity for the artist to follow up on a series of works presented this year at the Synagogue de Delme, and at Indipendenza in Rome.

The work of Clément Rodzielski questions the status of images and objects, their functions, uses and misuses, their circulation. He operates on different media with a set of characteristic means. The aim is to reveal certain considerations of objects and conditions, and to distinguish a singular space implied therein. The artist then applies a few brushstrokes, precisely in order to give way to a process of vision. Surfaces added to the world already there, or conversely, exposed, stripped, they interfere with the intended usage of the objects.

Allegory of Abundance
The same cardboard panels, painted and pierced, appear twice; there, in the photographic space, as props,costumes, sets, prepared for shooting; and here, pinned to the wall, naked, original, in the adjoining space of the viewer. The objects duplicate, ricochet, switch from one space to another. The paintings in the photograph, entering into relationship with other elements than themselves, are staged with a made-up body. A body that is both the model (la fraise, the artist's breast painted in black) and the production machine (the artist's hand) – while the painting is that which separates.

From the ceiling, sculptures are falling, scanners reduced to bits; only the white foam underneath the cover and the electrical cords of the device are preserved. The ordinary indifference of the backgrounds of scanned documents acquires here – bathed in color, dancing – a new sovereignty.

In the space nearby, the five anodized aluminum plates continue a series started exhibited in the gallery in 2012. Facing one self, the objects are left in suspension. Apart from a bit of residue, the protective film is half-removed; on the revealed surface intervening effortless brushstrokes, the bottom of the plate retaining its potential purpose.

Clément Rodzielski also presents a series of small paintings on transparent adhesive film. Elements are collected from the ground and provide the artist with an indefinite grid through which emerges color. The image is on the ground, the ground stood upright, and the painting is envisaged as an augmented reality. 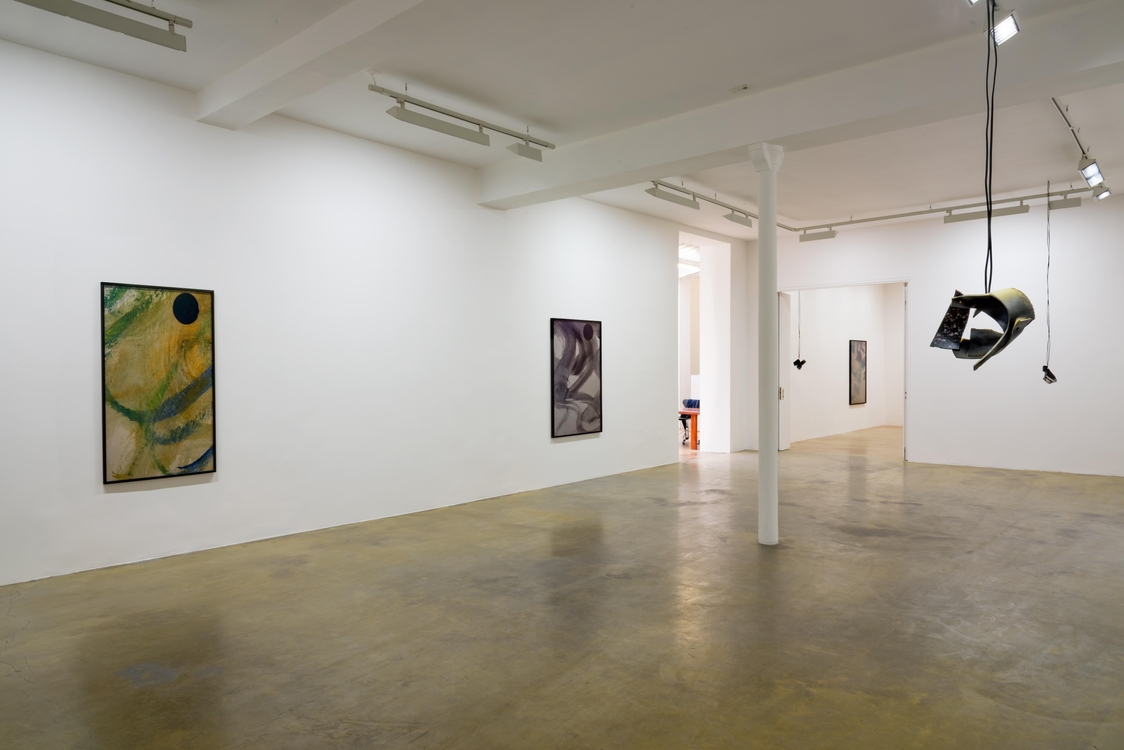 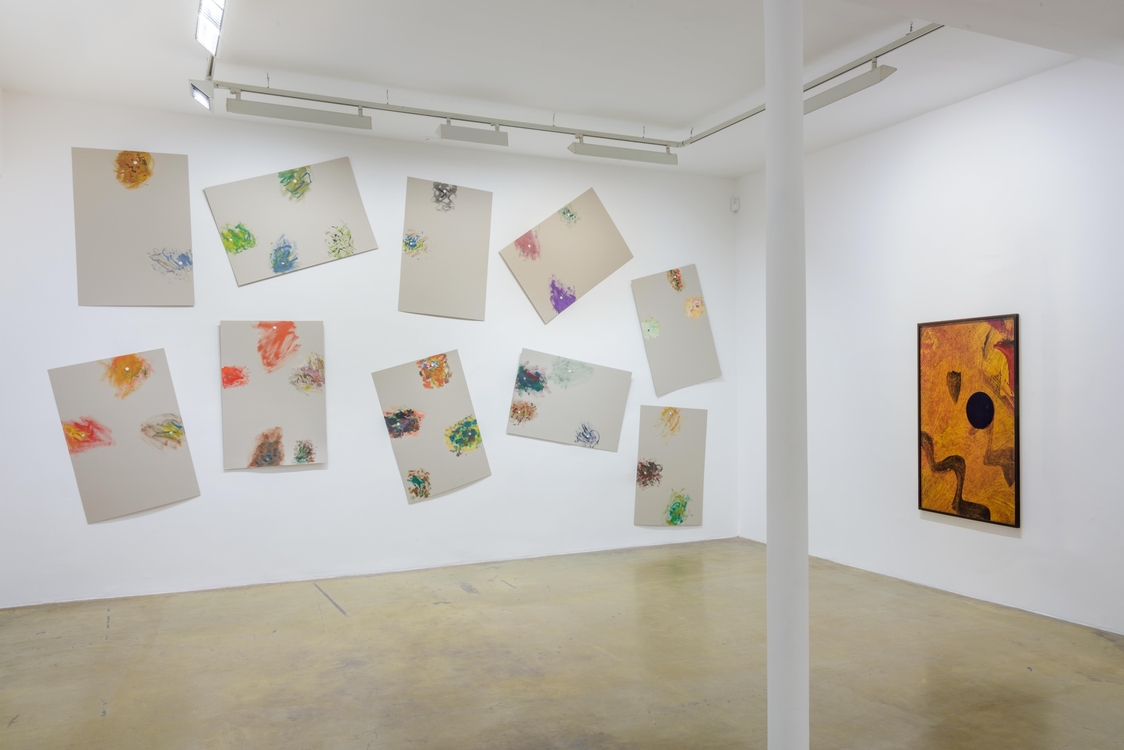 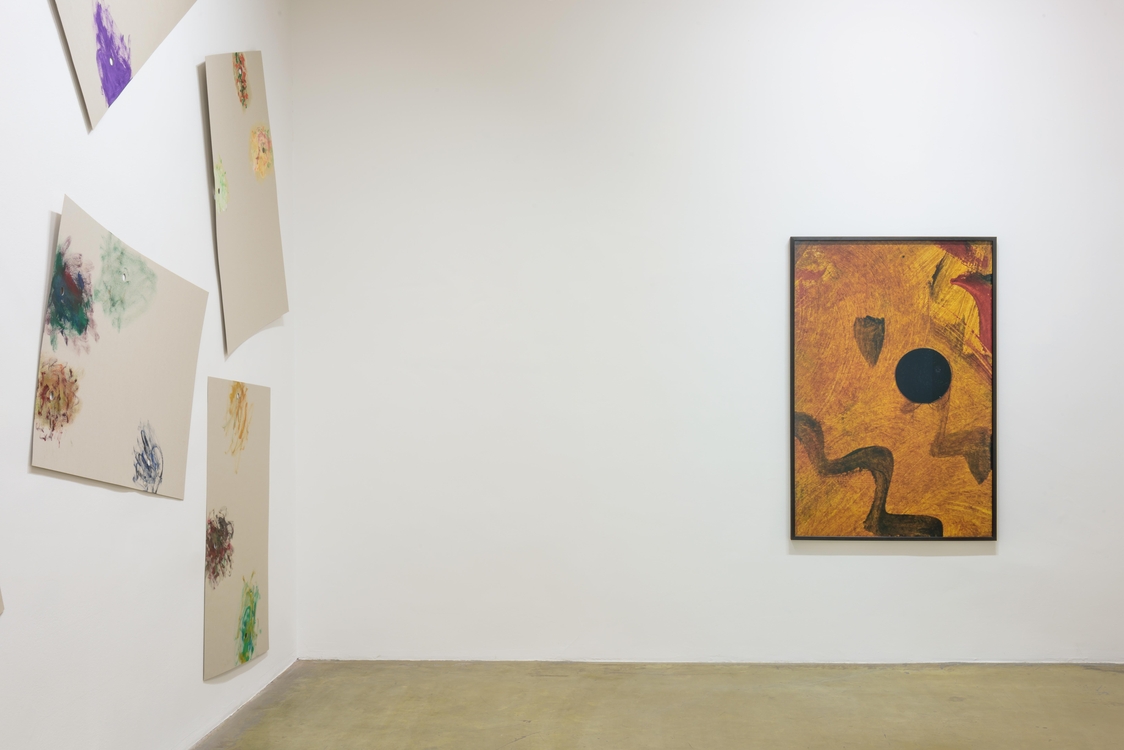 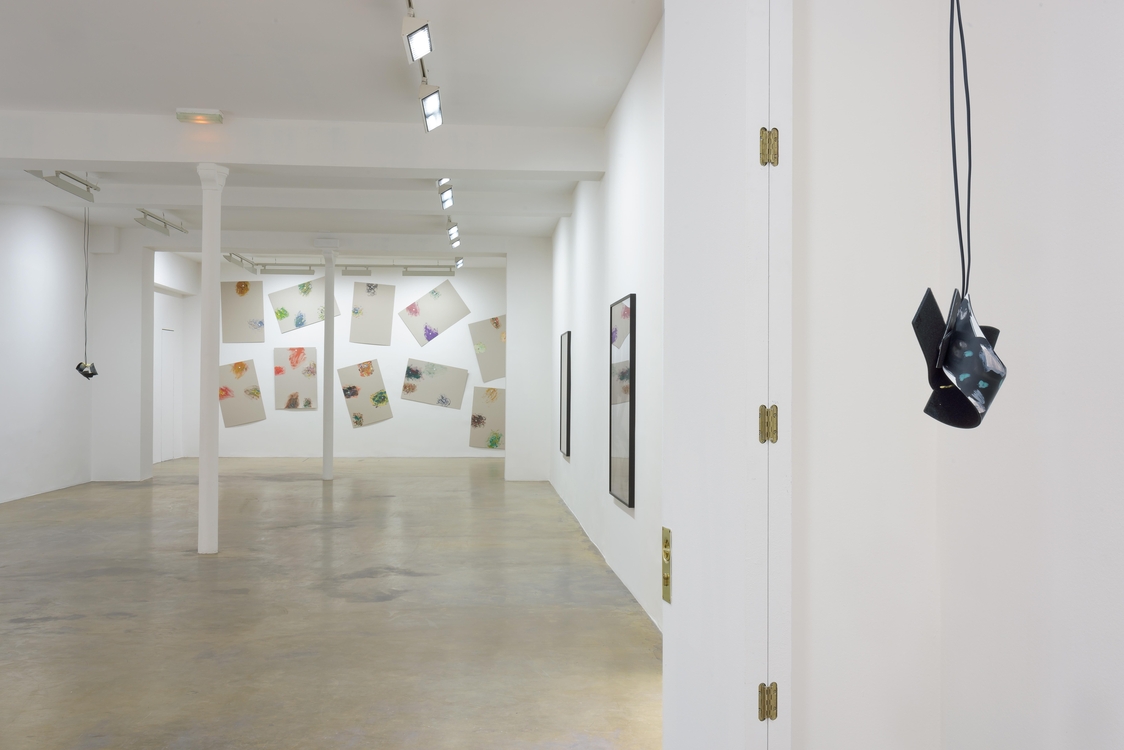 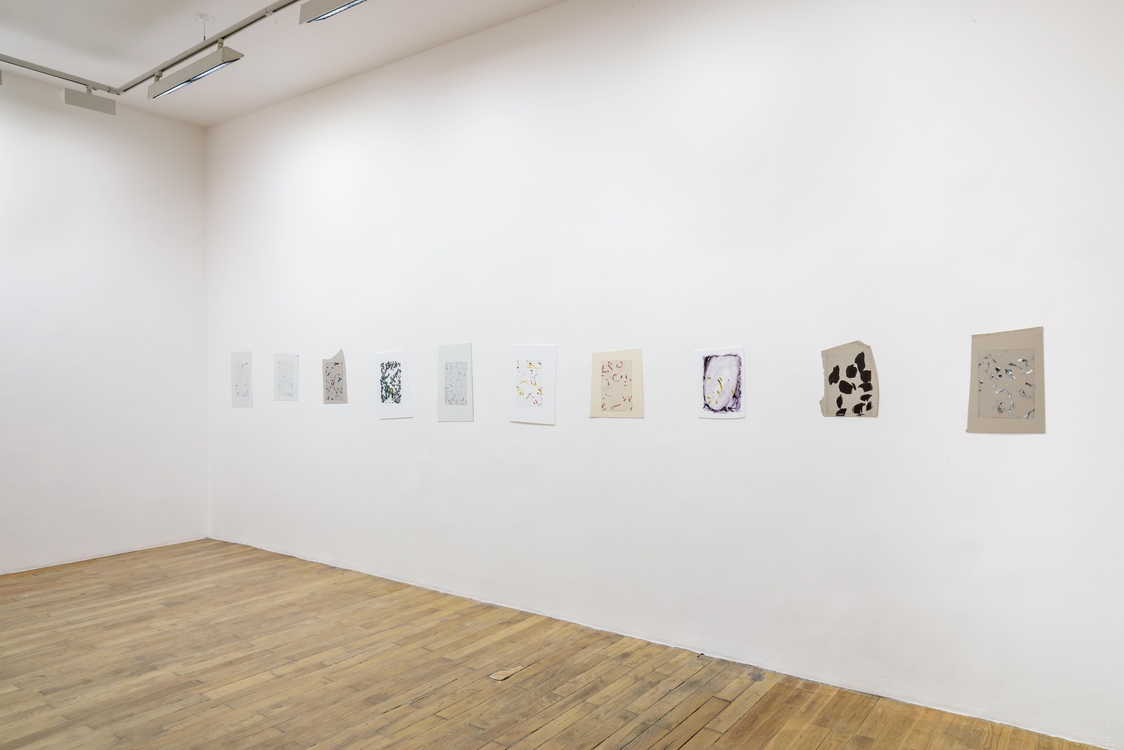 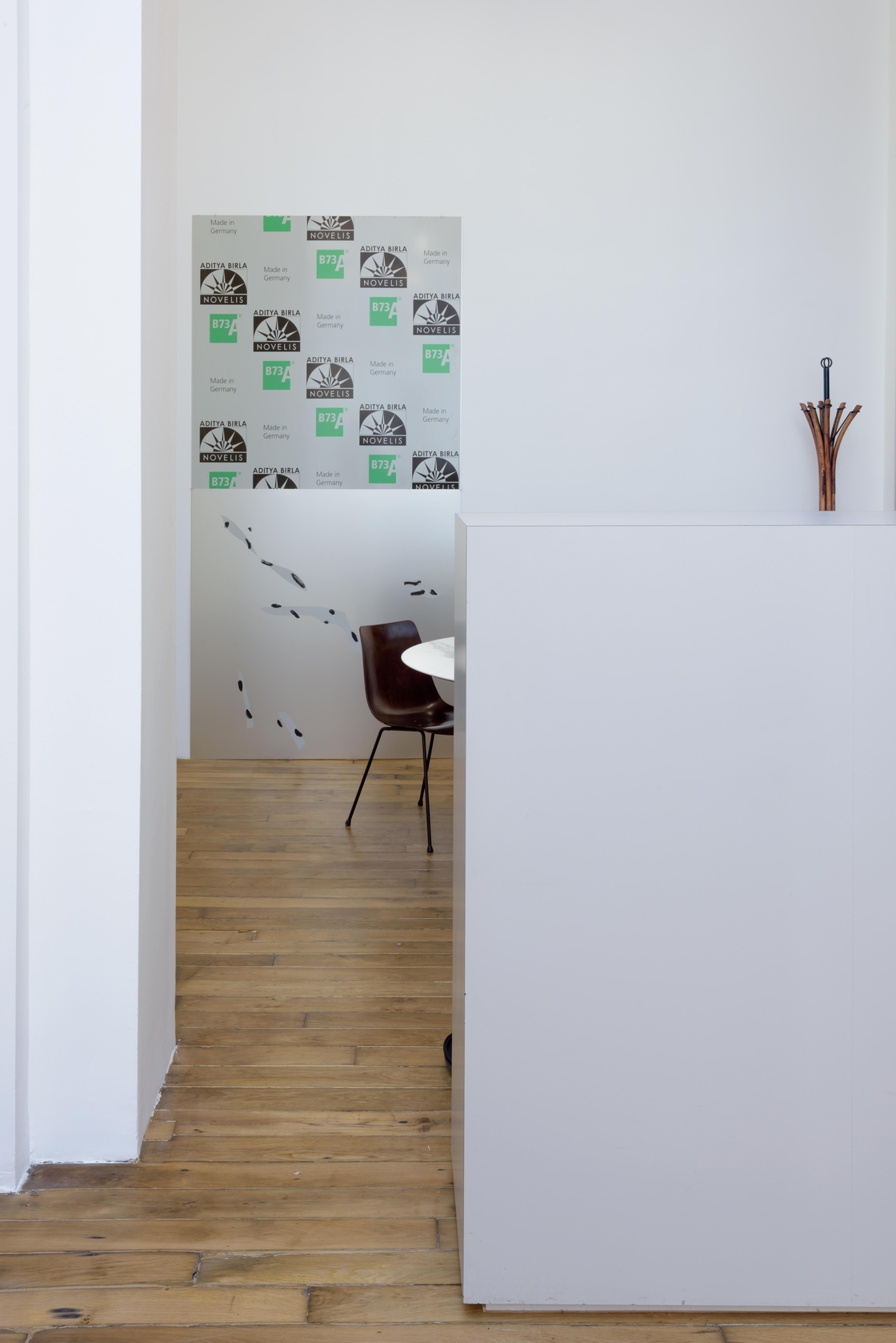 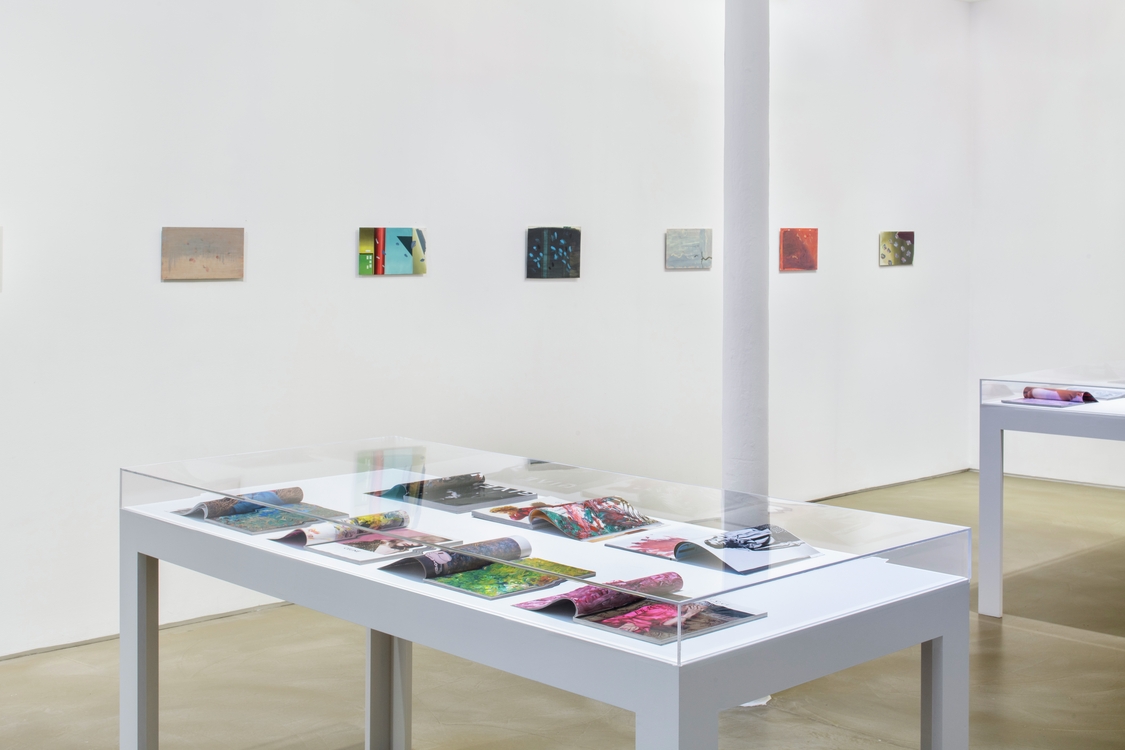