Paintings, graphite on canvas works, and sculptures carved in Balinese limestone will resonate with the Fleurs Fantômes paintings produced on the occasion of his residency at Domaine de Chaumont-sur-Loire in 2014 responding to the architecture of its castle.
Gabriel Orozco draws his inspiration from the many places he has visited and lived in and puts forth a body of works translating a graphic turning point in his practice—highlighting the regions he inhabits and which inhabit him. Constantly on the move, the artist establishes a dialogue between here and otherworldliness, geometry and fluidity, memory and transcendence.

For the last year or so Gabriel Orozco has mainly divided his time between Bali, Tokyo and Mexico but he has also pursued projects elsewhere. He makes his work out of where he lives, using local materials and often drawing on traditional artisanal practices but of course art can – and often has - been made in one place but out of another, that is, in imaginary as well as actual dialogues with its own origins. In one sense Orozco continues to animate precisely this entanglement of circumstance and movement. His methods are much more informal – inclining always to the partial and incomplete – than that of an atlas that aims systematically to document a whole world of images. It’s maybe more like a travel notebook of a life (his own), but one that records the circumstantial conditions of life along with the everyday living of it as he moves between different locations. The relationship of his work to place remains porous, exposing a distinctive formal procedure to multiple global image-circuits and economies, pictorial and otherwise.

Rotoglyphs:
In the Bali Notebook, each drawing begins with the residues of the last – as each configuration of black ink seeps through the paper to become the starting point for the next. In series, they lay out an array of possible permutations of circular rotational forms, as if a series of basic elements can morph into so many different versions of themselves – clustering together, elongating, pooling or splattering. Suggesting an alphabet-in-the-making, each is formed into shapes only in order to dissolve into the paper as a stain. Orozco’s own characteristic diagrammatic configurations of circles, played out here not with a compass but by hand, are calligraphic gestures that don’t only trace past memory but conjecture towards their own inevitable undoing – where, to quote Borges, ‘all things are their own prophecy of dust’. If art, as well as a life, can ‘divide its time’, then its relation to temporality is always unstable, and always looping back in order to move forward. In all these operations, the Bali Notebook shows us the logic of the transfer that informs Orozco’s work. And of course the word refers to the technique of transferring an image or design from one surface to another by pressing (so frequently used by Rauschenberg for example) but also means moving between places.
Certainly the confusion or compounding of things-in-the-making with the leftover is insistent in Orozco’s work. The limestone plaques Rotoglyph and Rosette Stone are as-found, the ready-mades of the stone masons’ yard in Bali where he works. They once served as platforms for carving, so their pitted and scarred surfaces bear the cast-off traces of other sculptures. One a circle, one a rectangle, they combine the geometric and the random accident. The potential for the hypothetical is somehow embedded in them – what kind of language might emerge from these marks? what kind of sculpture might this be? At the same time they are containers for chance marks that have been collected over time - not so unlike the artist’s earlier work Yielding Stone (1992), then, where a plasticine ball picked up impressions as it was rolled through a street. Such material and temporal exchanges are another kind of transfer of course, but now in three dimensions.

Dice Stones:
The small scale of the limestone sculptures, at 30 x 30 cm, is striking - again more Yielding Stone than the kind of sculpture that asserts itself and demands to be looked at. They are reminiscent of Brancusi’s carved plinths that became a part of his sculptures. Except compared with a work like Brancusi’s Terminal Border (1945), where the limestone carving is shallow, here it is much more invasive. Carving, sculpture’s oldest skill, provides the means to destroy a square stone block and fill it with holes: which means putting in play the right angles of a cube together with the circular rotations of the parts that have been cut away in order to expose the empty core that is the inside. Dé Taillé, the title evoking a rolling dice and a game of chance, demonstrates precisely this process. A small, very mobile convolution, then, rather than a straight contradiction between two opposing forms.
The process of grafting one pictorial economy onto another is more striking still in the recent works that he has made based on selected paintings by Matisse. All the more so because of the sheer distance between a post-conceptual and an expressive model of art intimately tied up with the chromatic and the decorative. Puritanical modernists of the geometric persuasion have historically liked to cast Matisse as a painter who retreated to the studio surrounded by fetish objects, whose scopophilia betrayed an excessive erotic pleasure in looking. And yet the more one reflects on such stereotypes about the old oppositions between the constructive and rational trajectory, on one hand, and the sensual and irrational, on the other, the more they don’t hold – and the more important it feels to start over.

Tempera works:
When Orozco takes Matisse’s Woman with a Red Tambourine (1926) as the basis for one of his own paintings, it’s more of a counter-move than a hommage (or a little of both, like Rauschenberg erasing a de Kooning drawing). The decision brings with it a number of constraints and self-imposed rules, like any game or exercise, in which selective compositional elements are broken down, plotted out in a square format, first as a graphic schema and then according to a much-reduced set of colors taken from Matisse’s palette. Finally, some sections have been erased, exposing the original graphic skeleton on the white ground. His process becomes a diagram of a visual encounter, both recording and reimagining its coordinates in a highly abstract way. Rather than a conventional sense of reduction or a stripping down to a hidden formal order, or even a complex spatial translation – Orozco’s painting tracks something more like a series of movements through a temporal process of observing, according to its own chromatic rhythms.

Phantom Flowers:
A language of flowers has often been associated with nature as one of modernism’s most ardent abject objects. Perhaps in direct relation to the threat it once posed to certain forms of geometric abstraction, floral excess represents not just a return of the repressed but a means to reimagine a sensual correlate to, and component part of, a mechanics of repetition. And of course Matisse, in some key respects, is the artist who saw most in pattern – especially the floral repeat patterns that he abstracted, as Patricia Falguieres has reminded us, from ‘the most popular product of the industrial arts: wallpaper’. In a project from 2014, Orozco took photographs of fragments of the ruined and faded wallpapers of the Chateau de Chaumont-sur-Loire. He then reproduced them using a machine originally designed in the 1970s to produce large-scale advertising billboards, but soon obsolete and a little bit like an archaic ink-jet printer. The so-called Fleurs Fantômes compound several supposedly incongruent elements to create fleeting and evanescent impressions. Eroded, stained patches of colour are reminiscent on the one hand of his Color Travels Through Flowers (1998), and on the other, perhaps more surprisingly and certainly more enigmatically, the graphites which are, among other things, also dark containers for passing light impressions.

Graphites:
Over the layers of thick graphite that have been excised with a sharp instrument to make a kind of ‘negative’ or shadow diagram, Orozco has recently added the small colored discs and sections that we are more used to seeing in his other work rather than the generally achromatic graphite constellations. When the circles and part-circles, painted in tempera, attach to the surface they are like a foreign body that never fully integrates with it. The colour and the dark grey graphite seem momentarily to both absorb and repel each other, such that as you move around the object on the wall, the colored circles seem to turn in space like a Calder mobile.
I have been trying to describe a logic of transfer in Orozco’s work. But whether we call these grafts, in the sense that Roland Barthes once invoked the horticultural term marcottage to describe the addings-on and inlays by which one thing grew out of another, or whether we call them joints or pivots – Orozco will invoke all of these – they are volatile points of exchange between multiple visual economies: from the chromatic to the graphic, from the pictorial to the diagrammatic, from geometric forms to brand logos. If Matisse reminds us that modernism was always rooted in the object-world of everyday life (his own), then we might also recall the distribution of things on right hand side of Manet’s Bar at the Folie Bergère - a flower, a bowl of fruit, a bottle of Bass beer identified by its logo of a red triangle - as a schematic series denoting the combined abstractions of desire, consumption and geometry. If packaging is one form of the post-industrial art of global branding, then taking apart a label by adding to it is a way of interrupting the normal circuits of circulation.

Orozco’s attachment to the working parts of art – gesture, structure and more recently, color – that for so long now have failed to stick together or adhere to the expressive cognates of the painterly system that they once served – is not primarily aesthetic. Having fallen out of the orbit of the wholly integrated and autonomous aesthetic to which they once belonged he puts them to work in new ways. This isn’t a salvage operation for art as it was. But Orozco’s work does put pressure on us to think about what to make of art’s attachment to the restless movements and transfers between its parts. And what it is that allows art to hold together, in however precarious and permeable a manner, in the face of its own disposition to splinter off in several directions at once.


Born in 1962 in Jalapa, Veracruz, Mexico, Gabriel Orozco lives and works between Paris, Mexico City and New York. Presented for the first time in Paris by Galerie Chantal Crousel (1993) with his iconic Citroën DS, Gabriel Orozco emerged as one of the most important artists of his generation. His work is characterized by a strong interest in the urban landscape and the human body. The boundaries between the art object and the  everyday environment are deliberately blurred, art and reality deliberately mixed. In  2017, Gabriel Orozco has been invited by Christine Macel to participate in VIVA ARTE VIVA for the 57th Biennale di Venezia. His work has been exhibited in numerous institutions: South London Gallery, UK (2016); Yokohama Museum of Art, Yokohama, Japan (2016); Museum of Contemporary Art Tokyo, Japan (2015); Domaine de Chaumont-sur-Loire, France (2015). Between 2009 and 2011, his work was presented on the occasion of his midcareer exhibition which traveled to Museum of Modern Art, NY; National Museum of Modern Art - Center Pompidou, Paris ; Tate Modern, London ; and Kunstmuseum Basel, Switzerland. 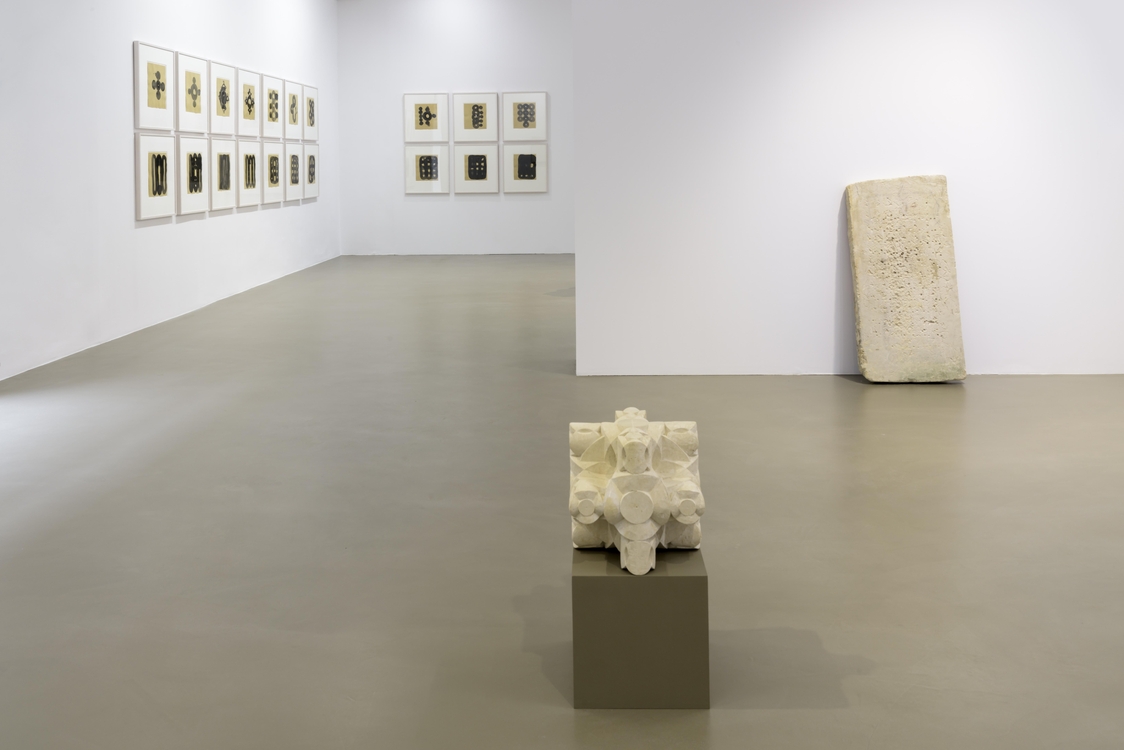 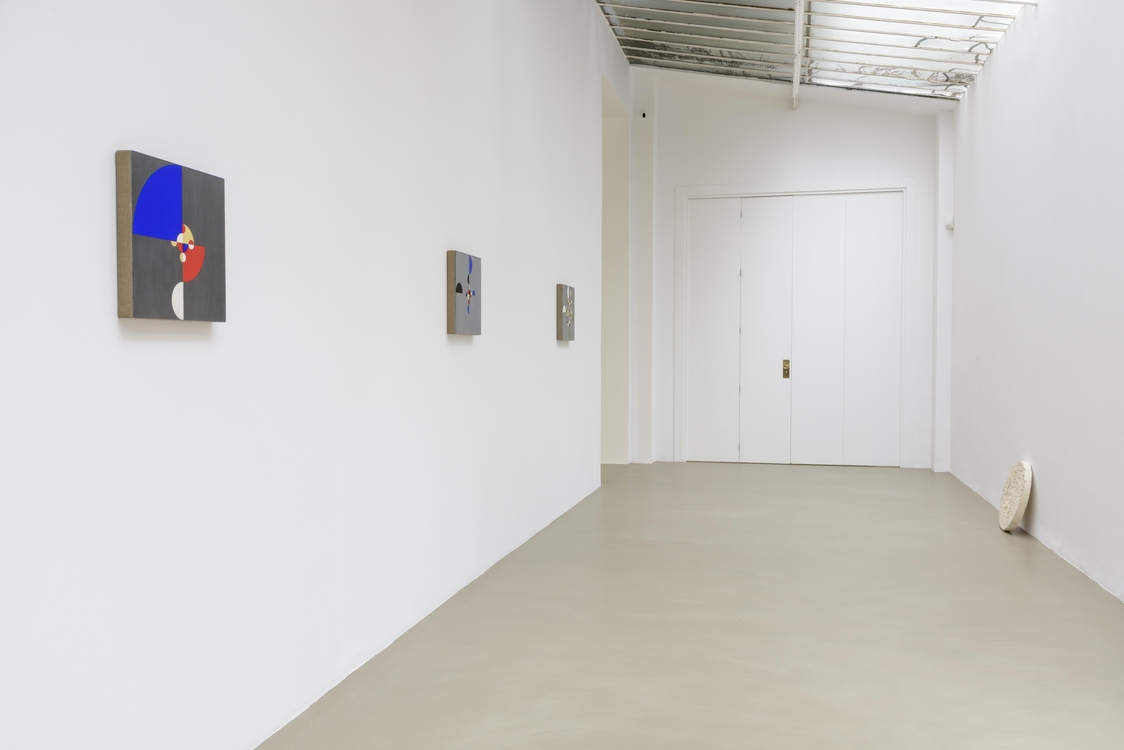 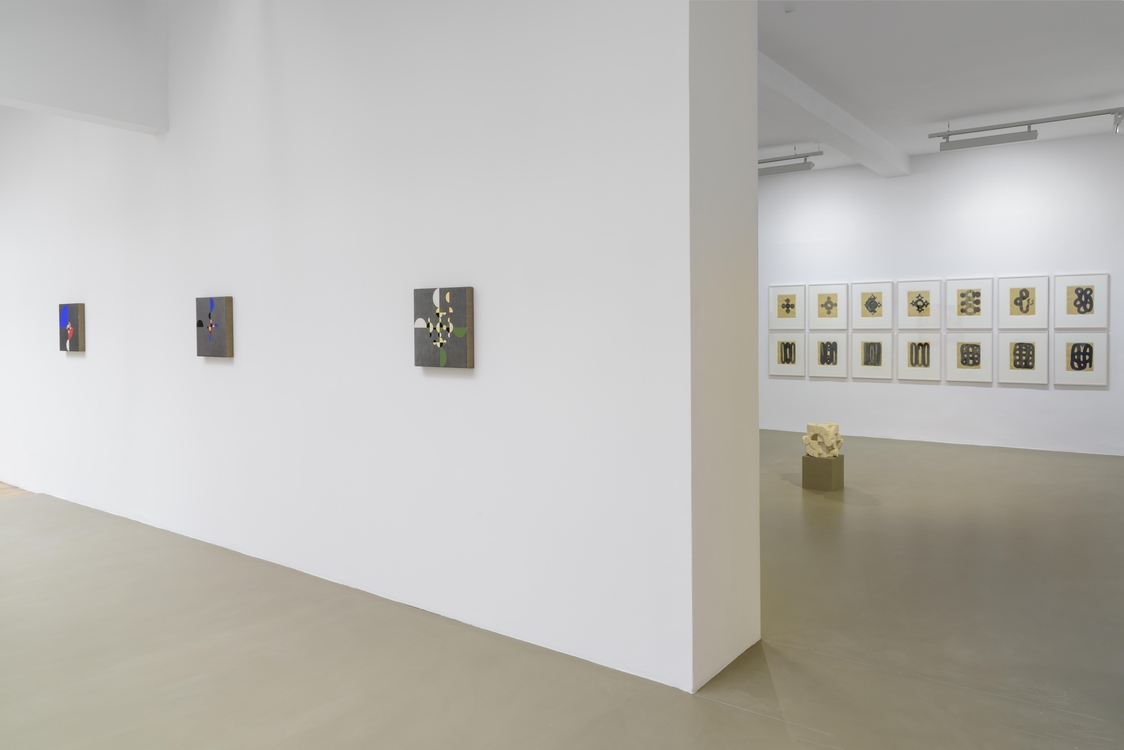 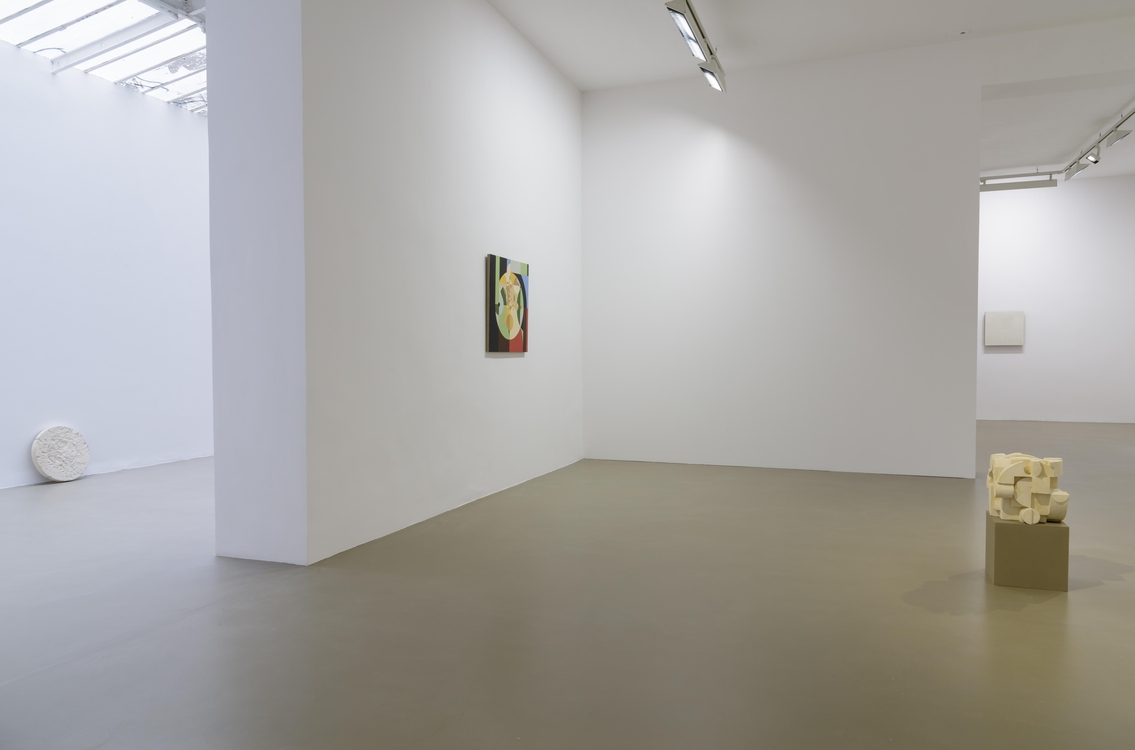 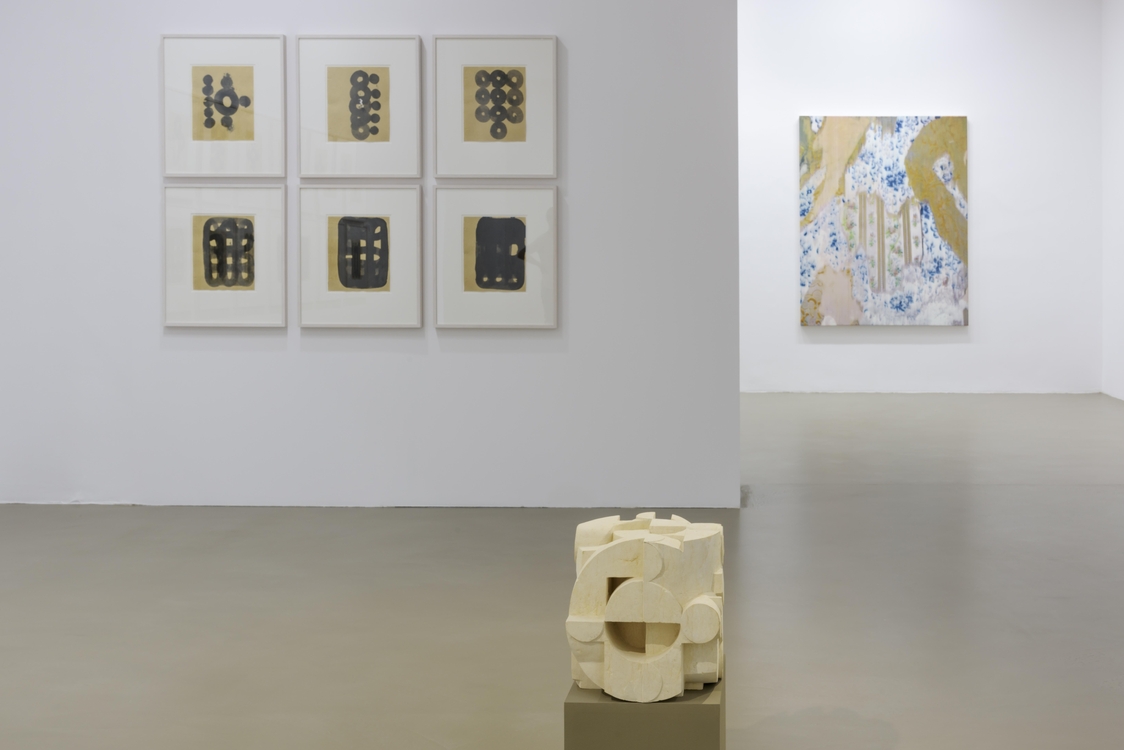 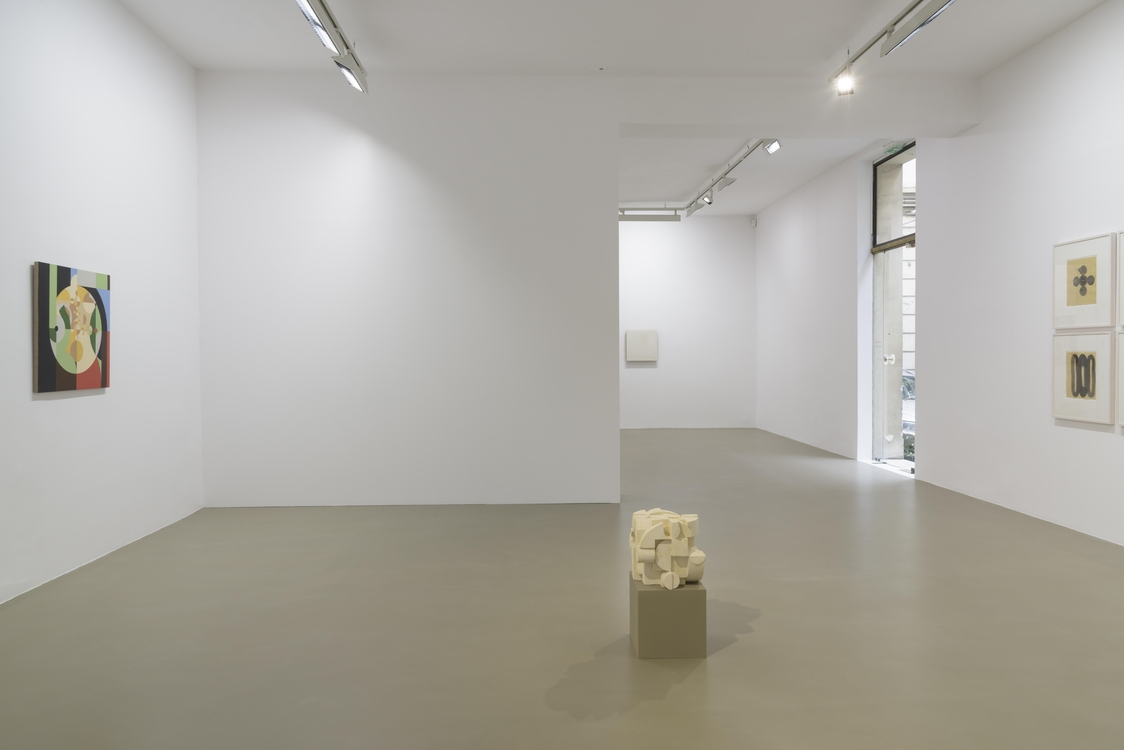 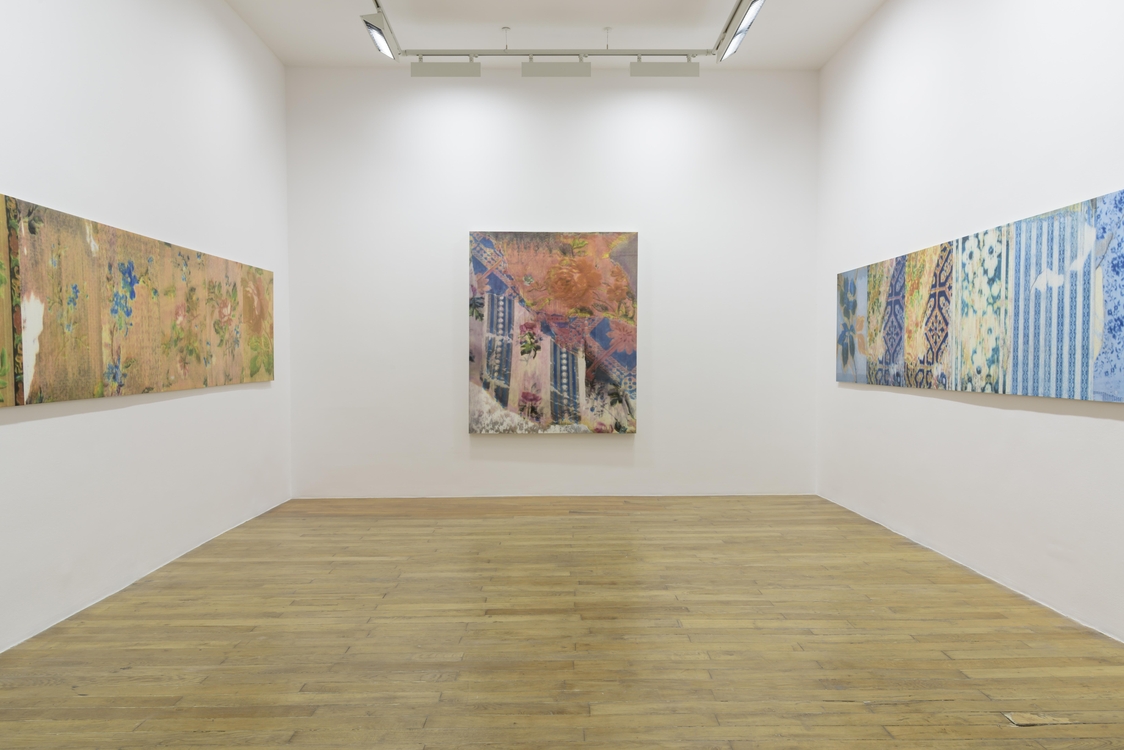