The Chantal Crousel Gallery in Paris is pleased to announce Haegue Yang’s second personal exhibition, just months after the Ajar show at La Douane in 2012.

With Ovals and Circles, Haegue Yang presents a new body of works introducing different forms of language and materials that seem distant from her well-known works composed of venetian blinds. Nevertheless, her interest in movement continues throughout these two exhibitions and emerges as a leitmotif in her current interest.

In the central space of the gallery stand two sculptures, Sonic Brass Dance and Sonic Nickel Dance (2013), which appear to be a further development of her Dress Vehicles.Here, the notion of mobility and bodily experiences is of central interest. The slightest vibration triggers the bells tinkle, linking movement and sensorial experience.

Sonic Rotating Ovals (2013) are rotating wall-mounted sculptures with clusters of bells on oval shape. Besides requiring viewers to spin them, they also reflect the visitors physicality in the glint off their metal, effect repeated ad infinitum by the myriad of bells. When the Sonic Rotating Ovals begin to spin, the bells vibrate and the oval form of the pieces tend to visually transform into a circle, a moment close to the "perfect harmony". However, the viewer's reflection in the bells does not follow the rotating and mesmerizing movement, staying in place, trapped between the multiplying visual as well as sonic effects.

Rotating Notes – Dispersed Episode II, IV, V (2013), are rotating wall-mounted sculptures with quotes and notes, snippets of the artist’s recent research on epic dimension of post colonial diaspora around authors such as Suh Kyungsik and Primo Levi1. The quotations appear as tables of ideas stuck to a temporary setting. Then, this bulletin-board like free association of elements becomes impossible to read once a viewer sets the piece in motion. Haegue Yang literally hauls viewers into her concept of “unlearning”, disconnecting from acquired knowledge for more fluid self-expression of presented historical narratives.

In Ovals and Circles, 27,12 m2 and 56,27 m3 installations (2000/2013), articulates and penetrates the surface and the volume of the space. Wall and space are chopped up every ten centimeters or so by straight chalky lines and cotton thread that prevent viewers from approaching the wall. The threads act as a permeable and transparent barrier, a fragile frontier rendering the space into a blacked triangular volume.

Facilitating Pentagon Seating (2013) is made up of nine low modular tables in pentagonal arrangement and topped with simple but various interior items. The artist has placed a bunch of driftwood right in the middle. The very presence of the driftwood questions the function and purpose of the objects.

Field of Teleportation (2011) is the artist’s first wallpaper, in collaboration with Manuel Raeder, a Berlin-based designer. In this supernatural and taoistic microcosm, Yang reproduces views of her exhibitions, of various pieces as well as key objects in her work, removed from their original context. Objects in this memory vortex seem to float and drift, as if immune to gravity.

1. Based on the research for Accommodating the Epic Dispersion – On Non-cathartic Volume of Dispersion on view until September 22, 2013 at the Haus der Kunst, Munich.
Works include the quotations of the following authors: Primo Levi, Kyungsit Suh, Edward Said, George Orwell, Ghassan Kanafani, Isang Yun, Jean Genet 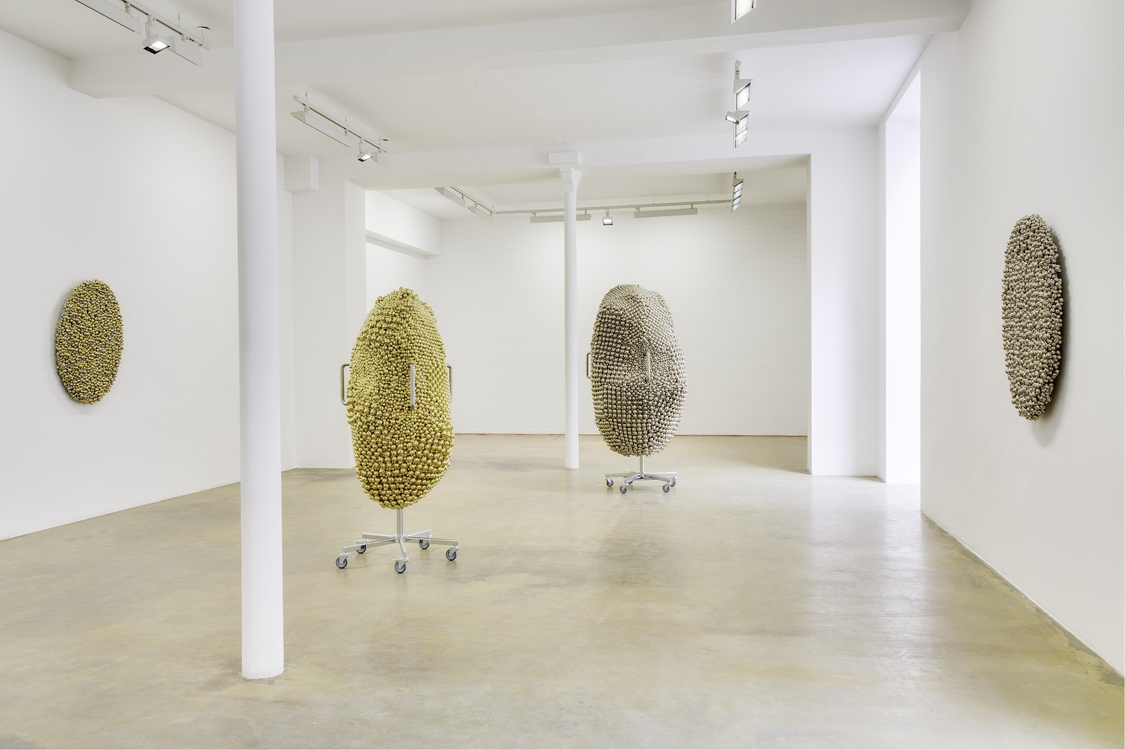 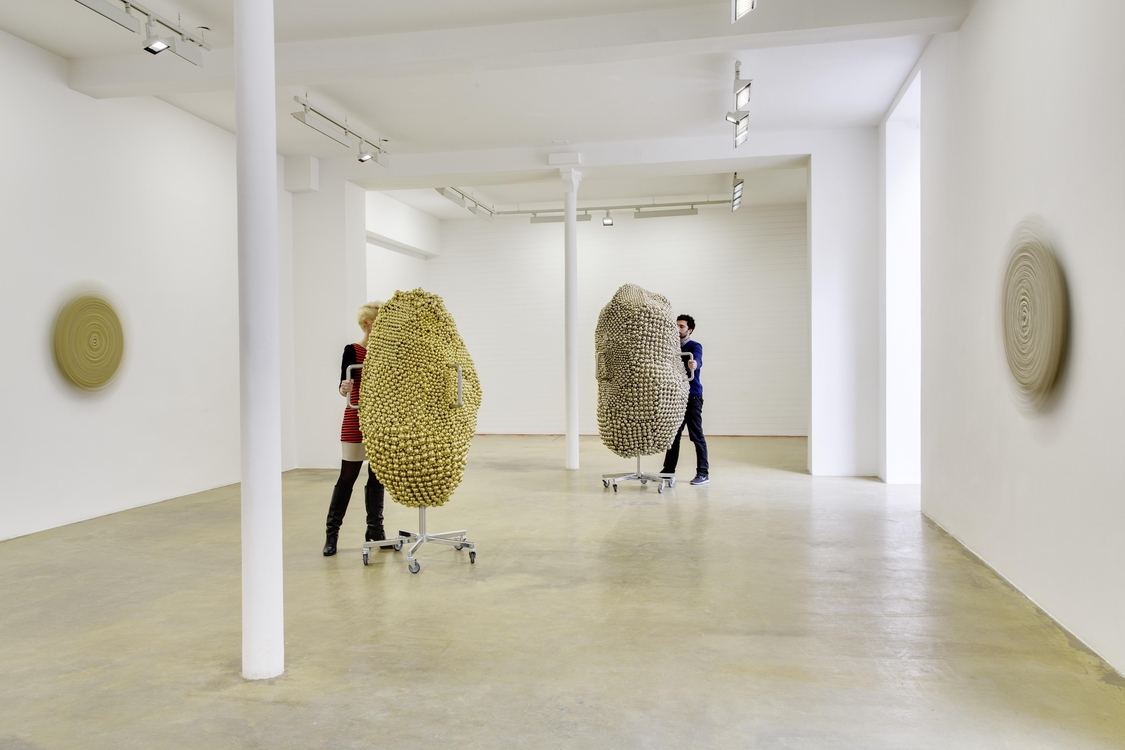 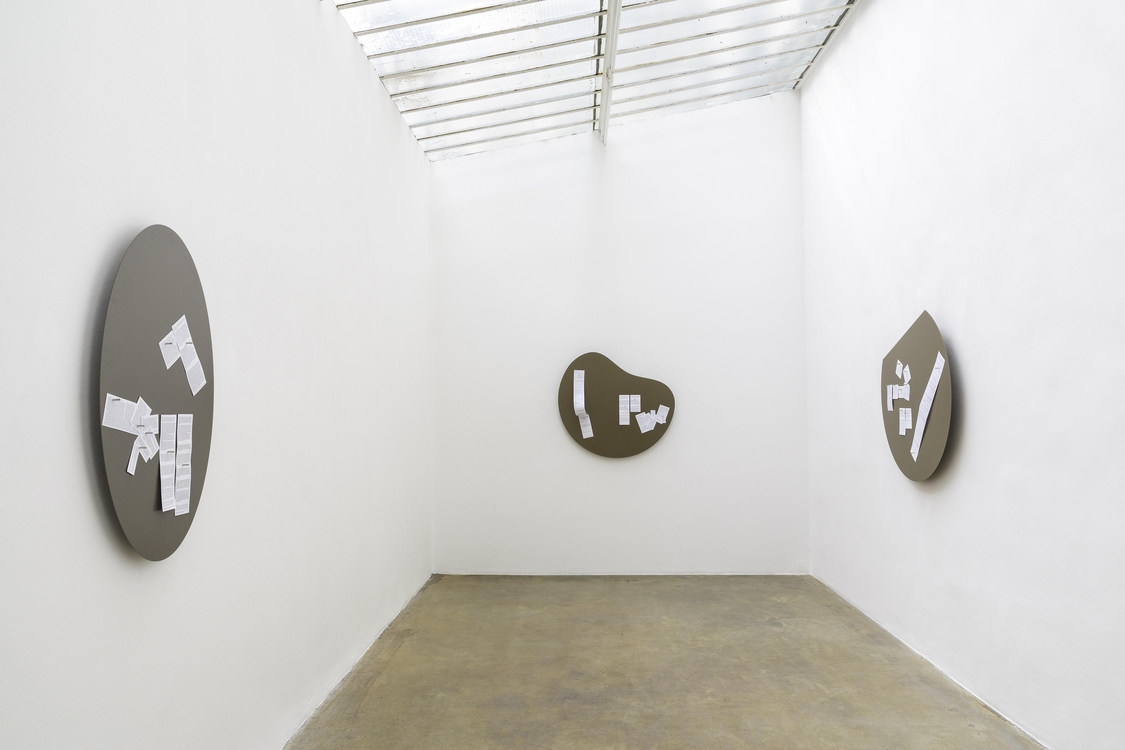 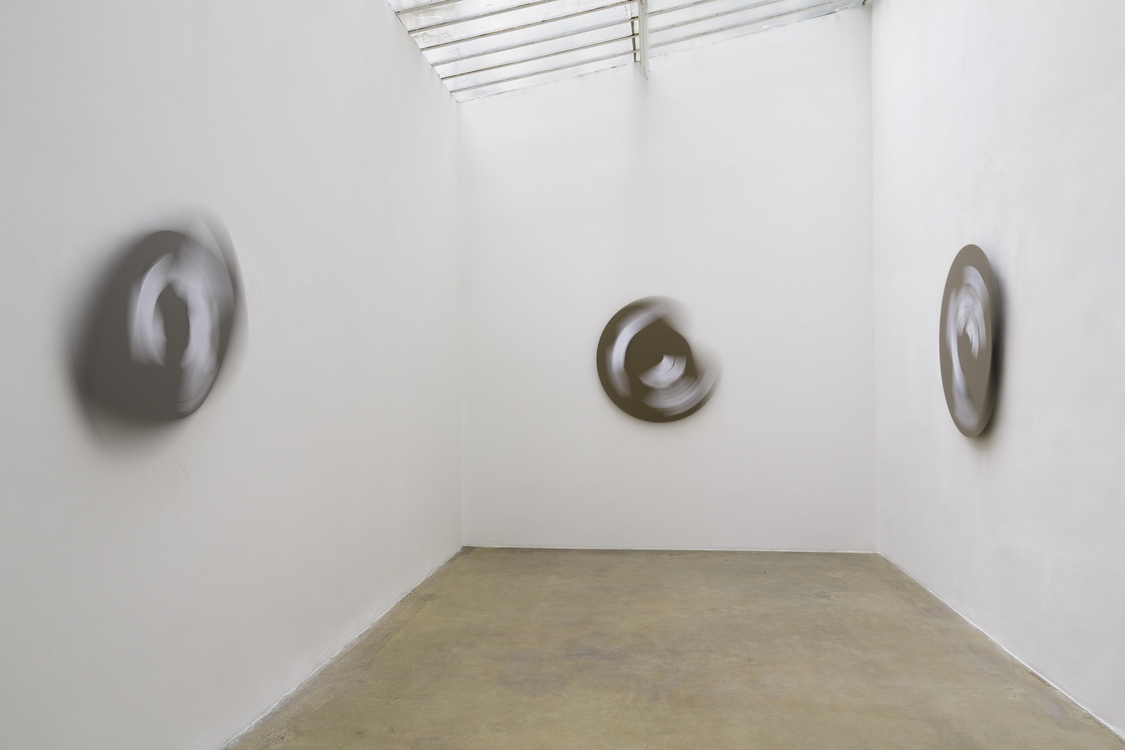 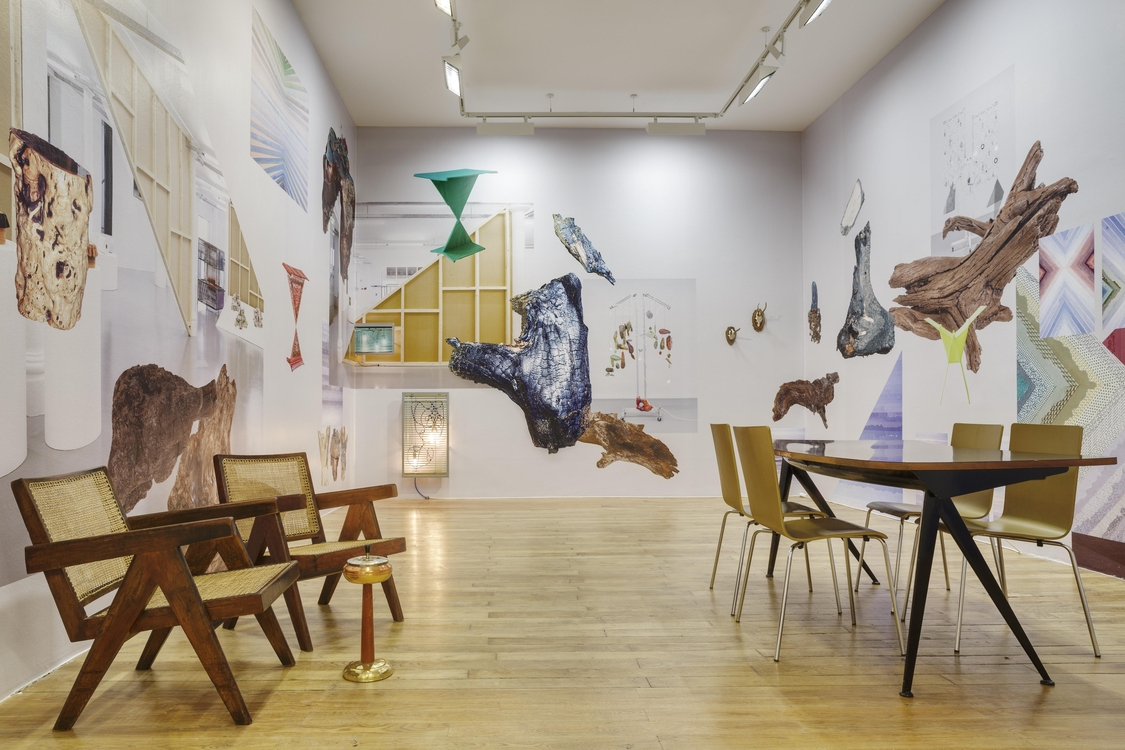 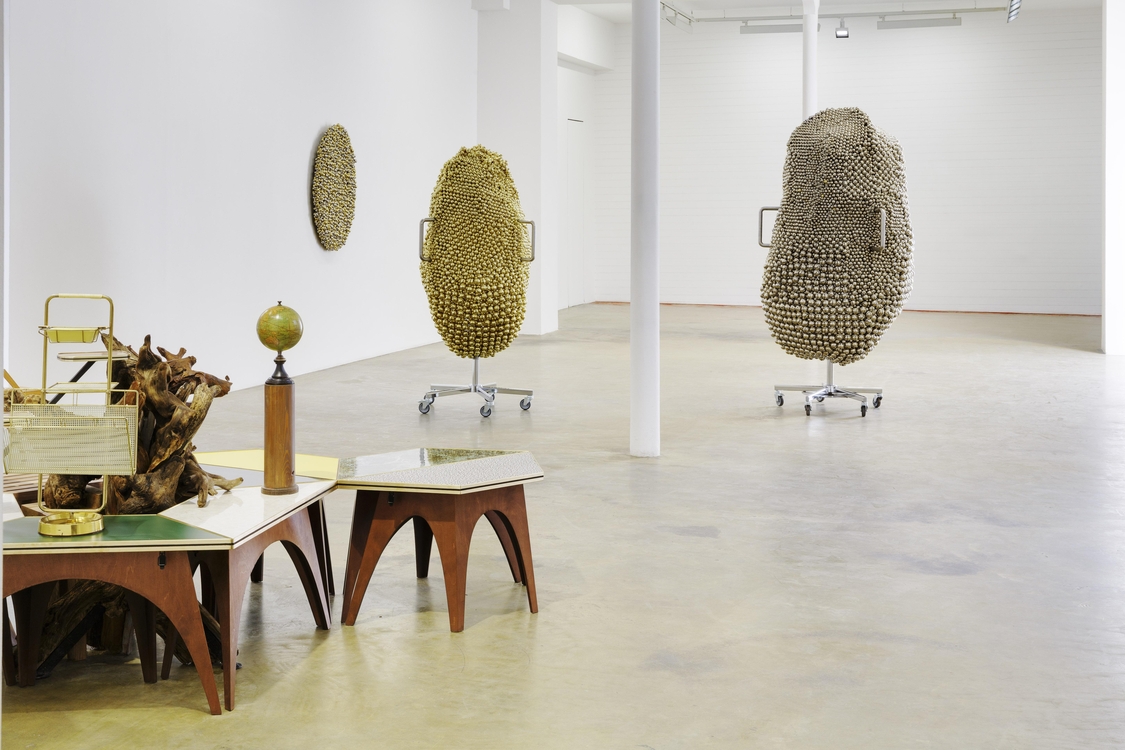