For his fifth exhibition at Galerie Chantal Crousel, Jean-Luc Moulène presents a unique body of works, all created between 2012 and 2016, from the end of his last exhibition at the gallery until today. They were expressly intended for this event.

There are 16 new and odd objects, all laid out with precision within the gallery space.
Amongst these, ConquOs, which, is the association of a bone and a shell, as its title points out. The work’s interior and exterior spaces intertwines and reverse themselves with one another.
We can find this conflict of space and representation in Seule au sommet (Alone at the top). She is a bubu, a recurrent figure in Jean-Luc Moulène’s work and a mascot of the Grand Jeu1, a multiple, modulable and plastic god. Seule au sommet is an abstraction, the blue of the sky and the marine blue bear this character made of shells, between sky and sea, abyss and summit.
“ Everything is reversed: the top becomes the bottom and the body is the plastic form of representation. We need to go back to the Theatre of Cruelty, to that opposition between the ideal and the condition. My work is concretely the place of this conflict. ”2

Inverse - reverse has reference to the music only by its title borrowed from the lyrics of a Velvet Underground song (The Murder Mystery). The work is a tree branch which was cut at each bifurcation, flipped at 180°, and then reassembled. Both colors red and blue, applied in alternative layers, give the sculpture a certain anatomical harmony, also recalling the classical illustrations of blood flow in human circulatory system.
Tête couronnée (Crowned head) is a wooden knot found by the artist in which he has encrusted five of his own teeth.
Often in his work, the notion of body has a great importance. “ In 1970 Michel Journiac said ‘the body is meat,’ and in 1980 he added: ‘the body is social meat,’ and in 1990 he came up with this formula: ‘the body: conscious social meat.’ I accompagnied this movement which made the body the stake of representation. ”3

Quelque Soit Tensintegral and Nombre et Noeud affirm the artist’s keen interest for mathematics: “ Reason finds in geometry its best argument. Whereas I believe that geometry can serve otherwise. ”4
The process of creation for Quelque Soit Tensintegral is about Tensegrity5, frequently used for the straight constructions, and as a reinforcement for the resistance of buildings. In this particular situation, it is devoted to common second-hand copper pipes.

Generally small in size, all works are studio productions for which the artist has gone to the bare essential, tool-wise speaking. These are objects of mind, concept and movement. All various elements of the sculptures have been found or modeled, then assembled and adjusted carefully.
“ The first gesture is often the best one, but it shouldn’t be overthought. [...] By trying to make a gesture better, you take away its moment of emergence. Working on the material also allows for the emergence of an inarticulate language that guides your decisions. It can be a digression, an onomatopea, a burst of laughter. [...] There is a point when the object decides that it is complete — it’s a demand that comes from the work itself. At that point, you have to listen to the object speak. ”6

Jean-Luc Moulène is also presenting his solo-show at the Centre Pompidou until February 20th, 2017.


1. Le Grand Jeu is the name of a literary review, published from 1928 to 1932, and of the group it represents.
2. Jean-Luc Moulène, Chaque quelconque, interview between the artist and Briony Fer, Paris, October 2008.
3. Ibid.
4. Jean-Luc Moulène, interview between Jean-Luc Moulène, Alexandre Costanzo and Manuel Joseph, Paris, 2016.
5. Tensegrity is an elision of ‘tension + integrity’. Buckminster Fuller, building on the highly original sculptures of Kenneth Snelson, coined the term, to indicate that the integrity of the structure derived from the balance of tension members, not the compression struts.
6. Jean-Luc Moulène, The First Gesture, the Burst of Laughter, exhibition catalog, Centre Pompidou, Paris, 2016. 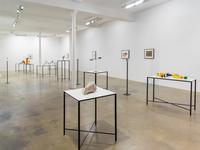 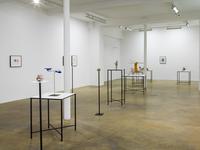 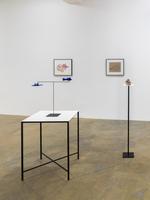 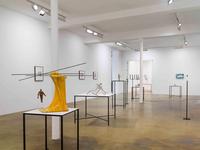 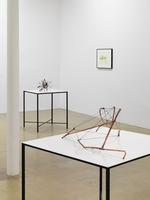 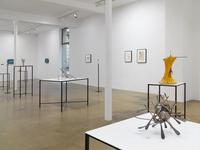 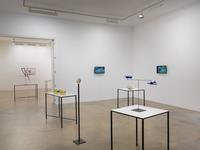 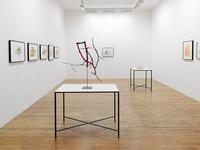 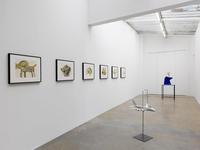 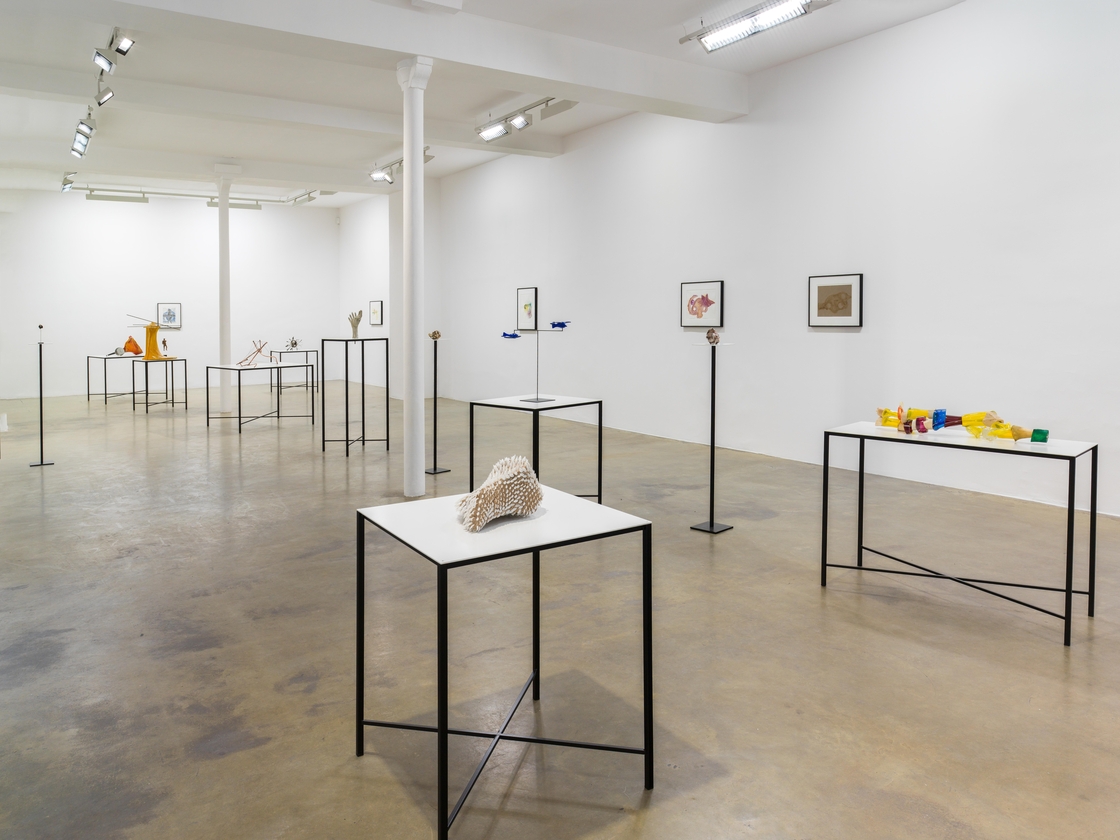 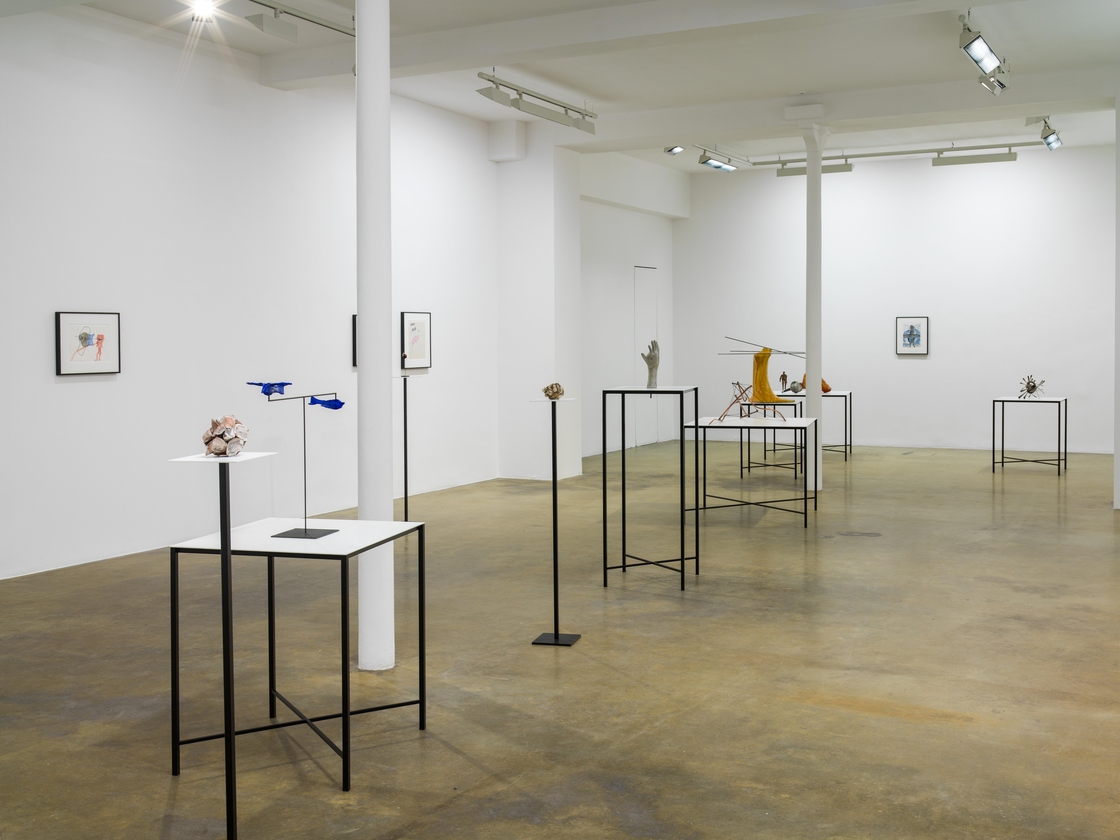 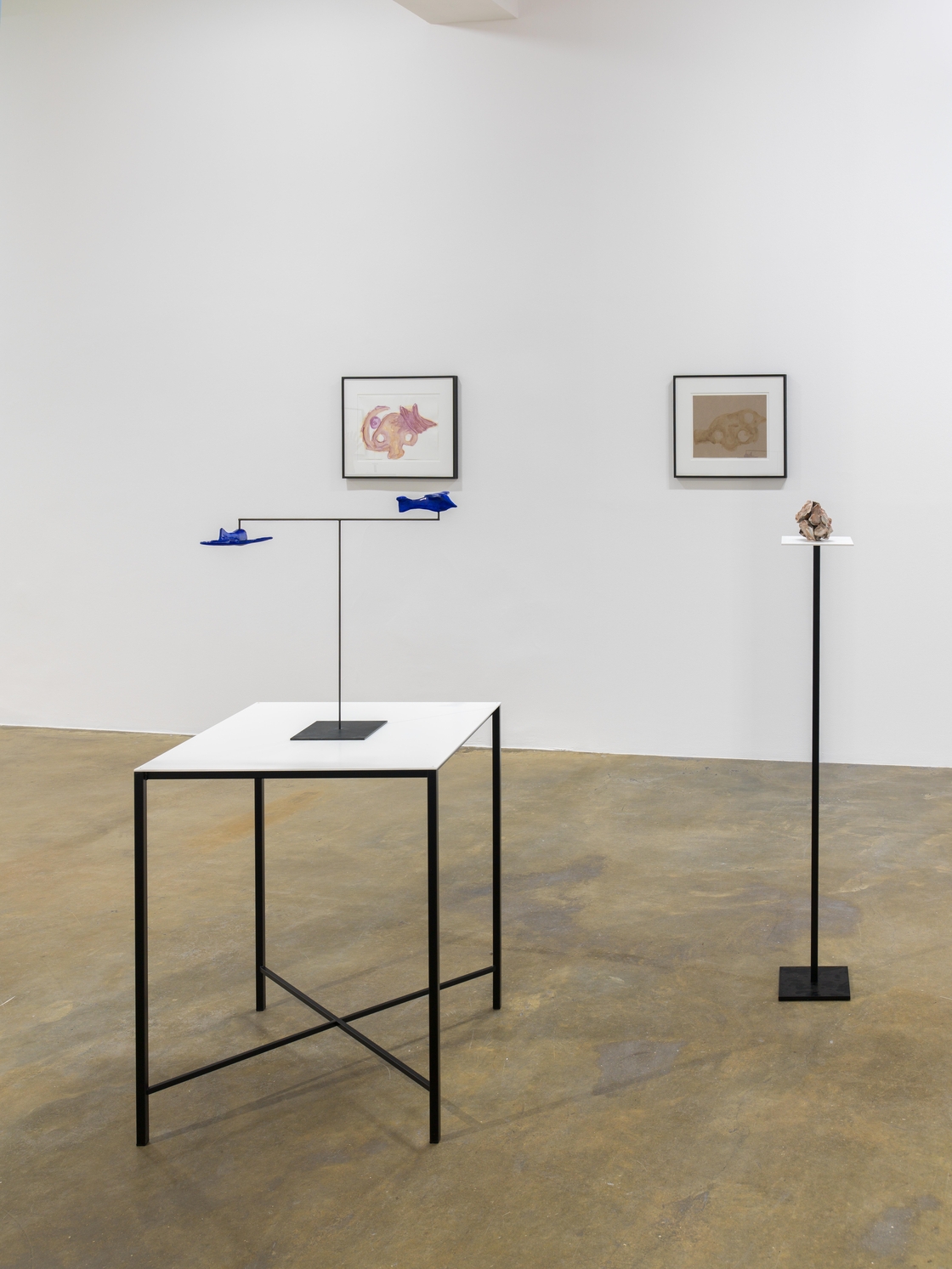 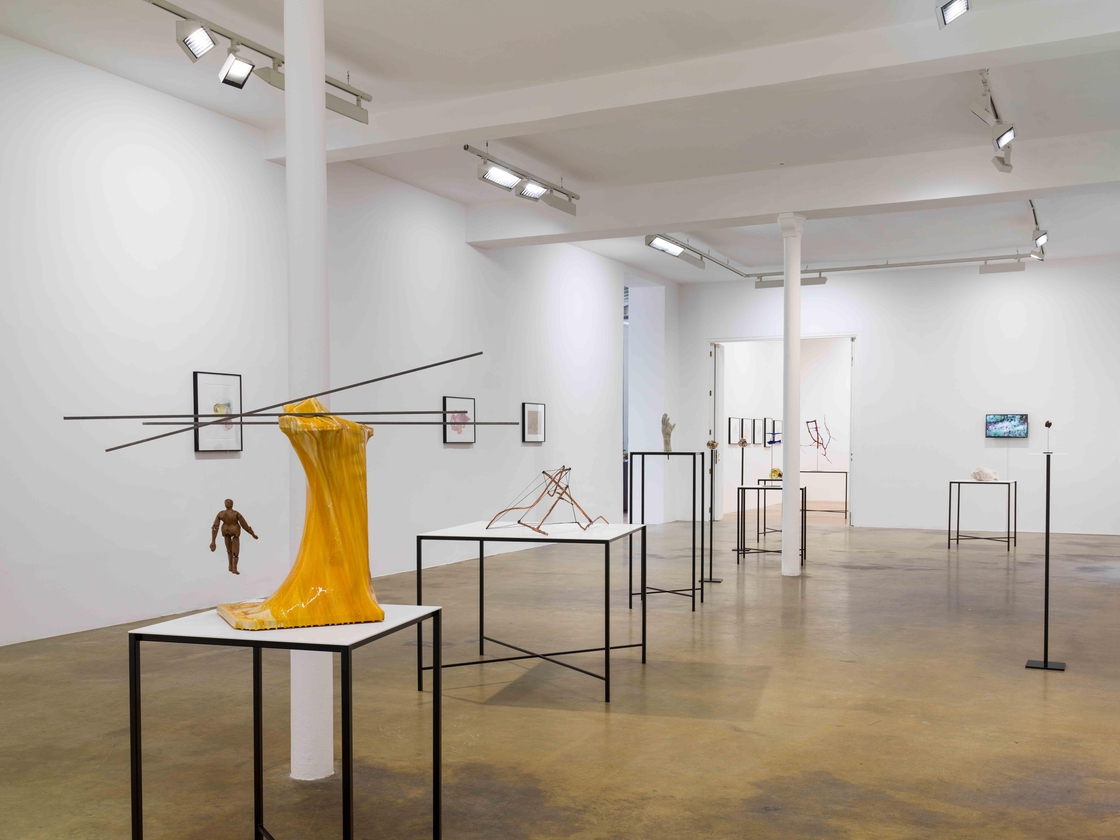 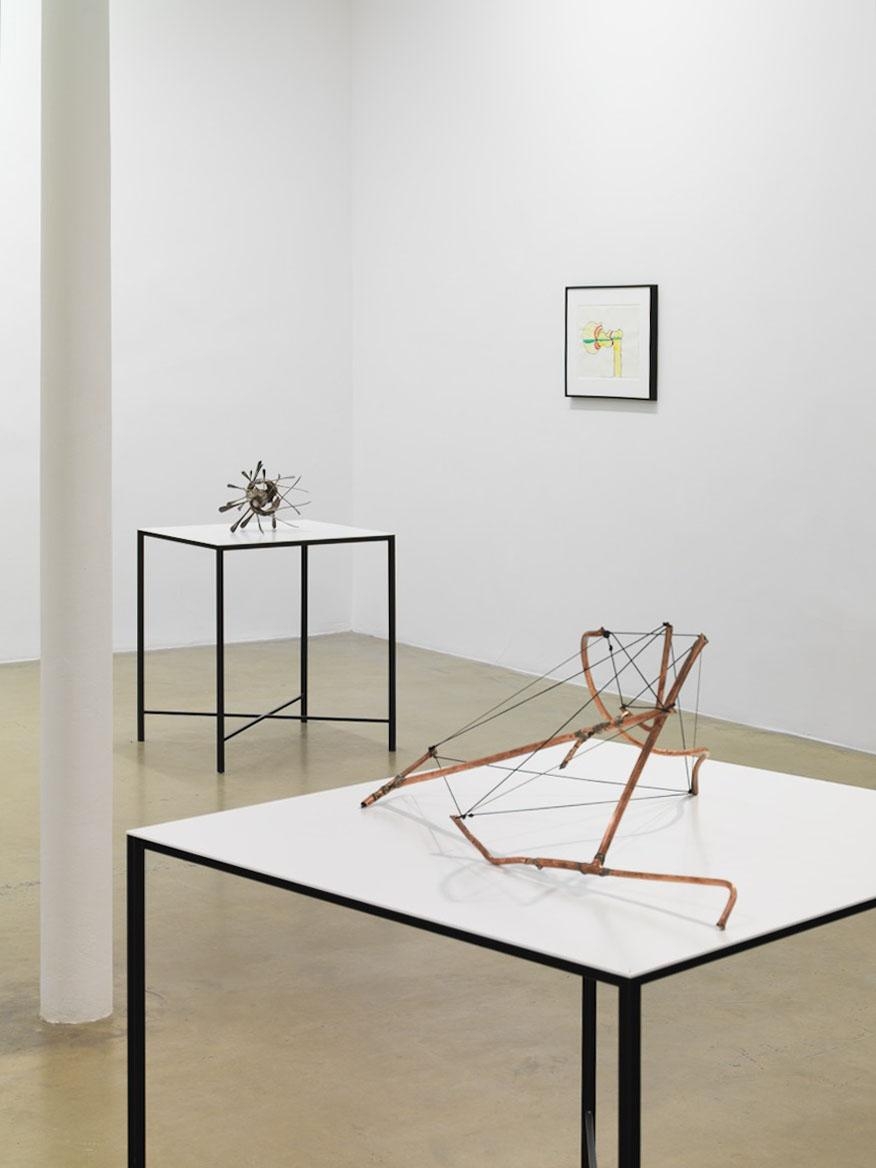 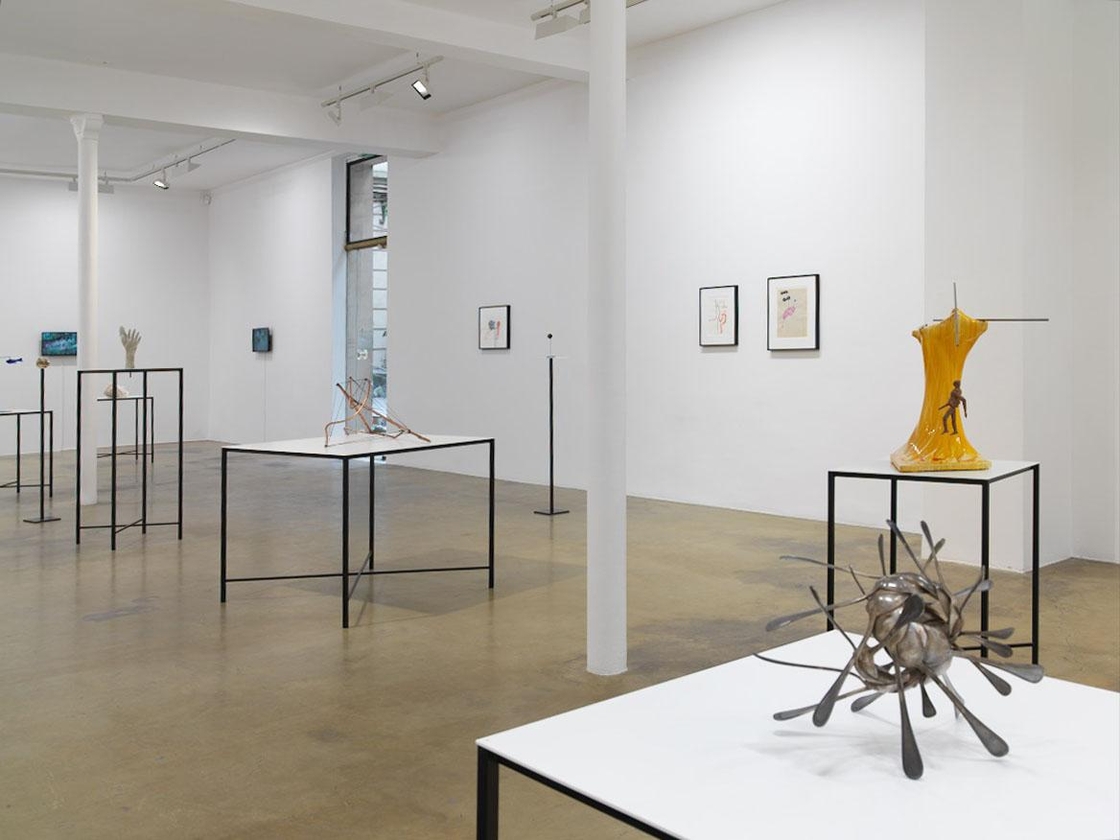 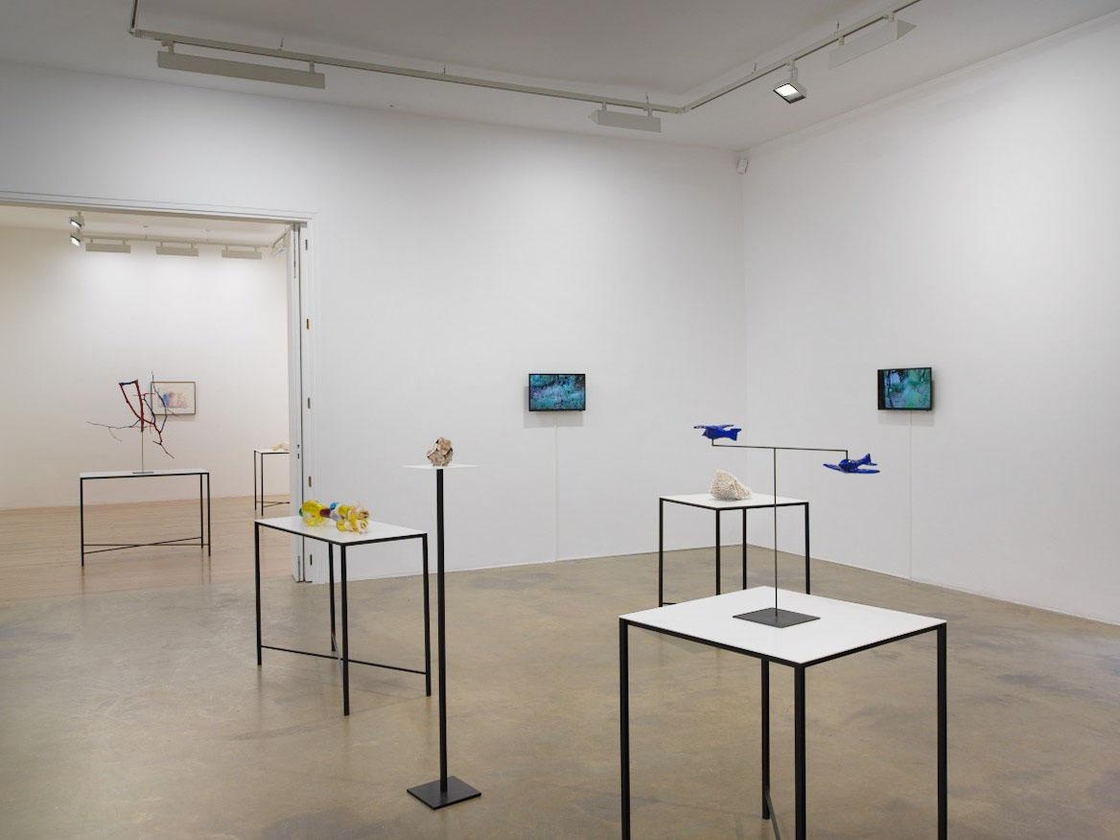 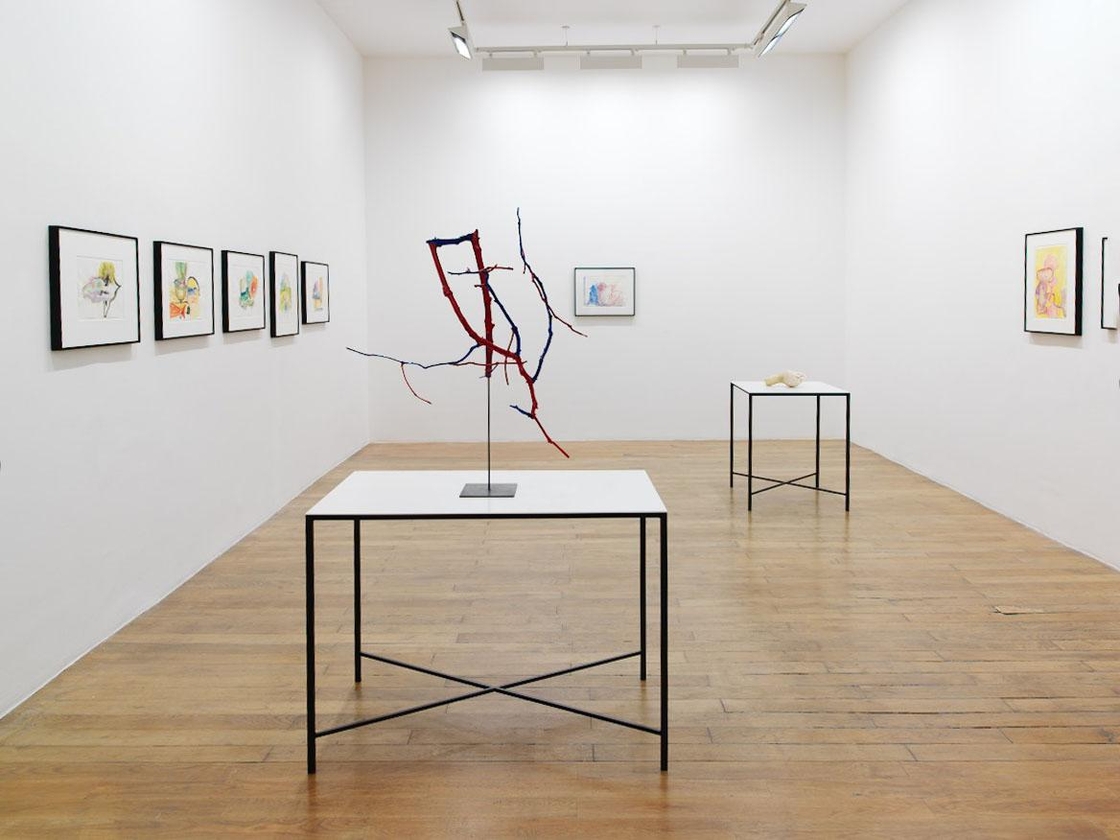 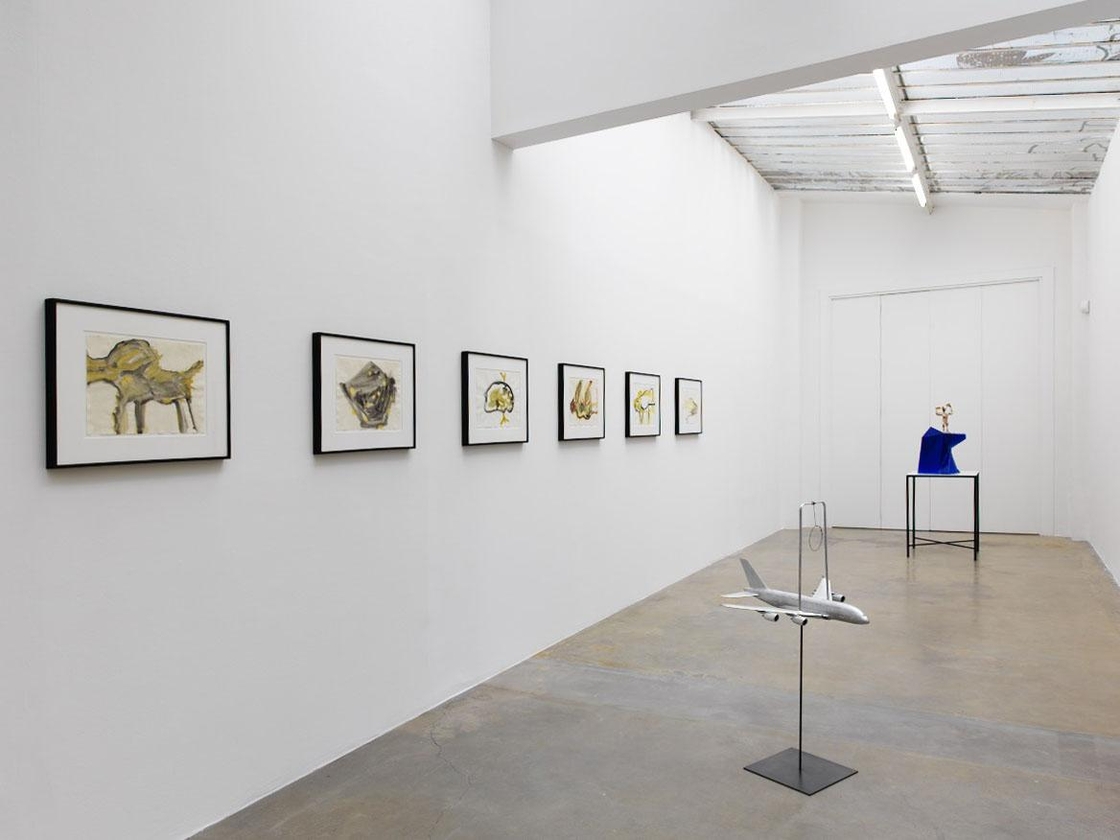