In 2004 Jean-Luc Moulène notices a stalk of Paulownia growing in the cracks of the sidewalk not far from the French Ministry of Economy, rue de Bercy. The experiment begins on 26 November 2004 and ends in December 2010.

The series includes 299 photographs, printed in color and in black and white. The top row describes chronologically the plant’s evolution throughout the seasons and different levels of the French security alert system, Vigipirate. When the alert level rises, the police barriers occupy the sidewalk and function as the plant's protection. When the alert level lowers, the plant is no longer protected and becomes a prey of municipal sanitation services. The inferior row is a reversed angle without chronology and shows the surroundings of the Ministry of Economy where the plant is growing, providing another point of view of the plant’s environment.

La Vigie reveals an ever-shifting landscape including physical evidences of anti-terrorism vigilance and demonstrates Moulène’s interest in politics and strategies of resistance. It also reflects the impact that photography plays in the artist’s practice and extends his investigations into classification, production and circulation of images and objects.

Three sequences taken from the series are presented here.

Contre-ciel is a sculpture made of reclaimed planks covered with blackboard paint. Each hole is drilled on the surface as a spiral. The artist’s changed the holes’ size, from small to large and from large to small, thus giving the spiral an oscillatory movement. In this work, Jean-Luc Moulène brings the sky down.

*Emerging at the same time as Surrealism, Le Grand Jeu grew out of experiments made by a group of young people from Reims including Roger Gilbert-Lecomte, René Daumal and Roger Vailland. From the journal’s first issue (1928) all members signed a foreword stating that: “…we are not a literary group, but an union of men linked by the same research […] art, literature are for us only means ”.

A pollard is a tree cut periodically at the same height. The pollard formation doesn’t depend on the tree variety but on its regular pruning. Bulges thus created generate folds and swellings which give the characteristic look to the pollard.
Stomac was produced in Mexico and is part of a series based on the same principle: in the Mexican countryside, the artist found and cut a tree pollard. Chosen for its anthropomorphic aspect, the pollard was then molded and cast in ceramics at Cerámica Suro near by Guadalajara. By the use of its material this “hallucination” is nonetheless bereft of any realism.

This sculpture dating from 2007, is a direct reference to handmade and Do It Yourself children’s toys. Made from reclaimed plywood, Jean-Luc Moulène added a luxury sign which is a hood ornament like the ones adorning renowned car companies. Here, the artist’s finger made of brass is beckoning the spectator. The title refers to the artist’s Parisian neighbour: Bercy and to the Rolls-Royce’s ornament, recalling the Victory of Samothrace.

Plant is a group of 31 slides. Early stages of La Vigie, these images show the plant’s evolution over several months, growing wildly at a parking entrance near the artist’s home. 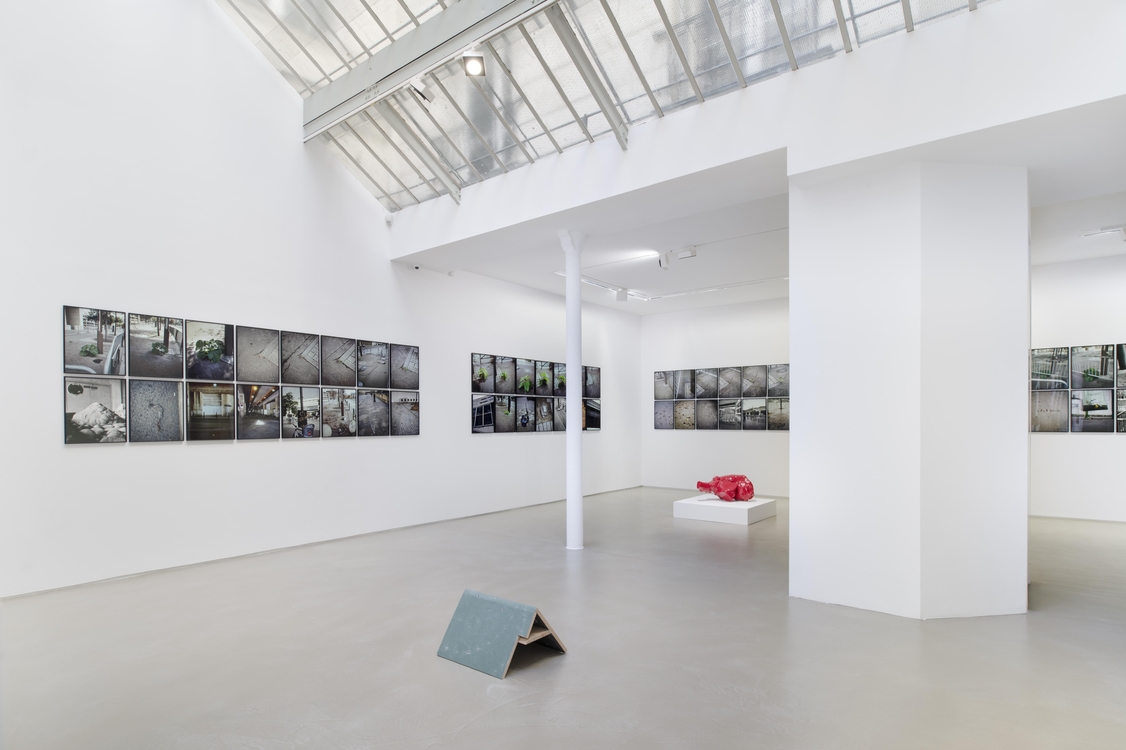 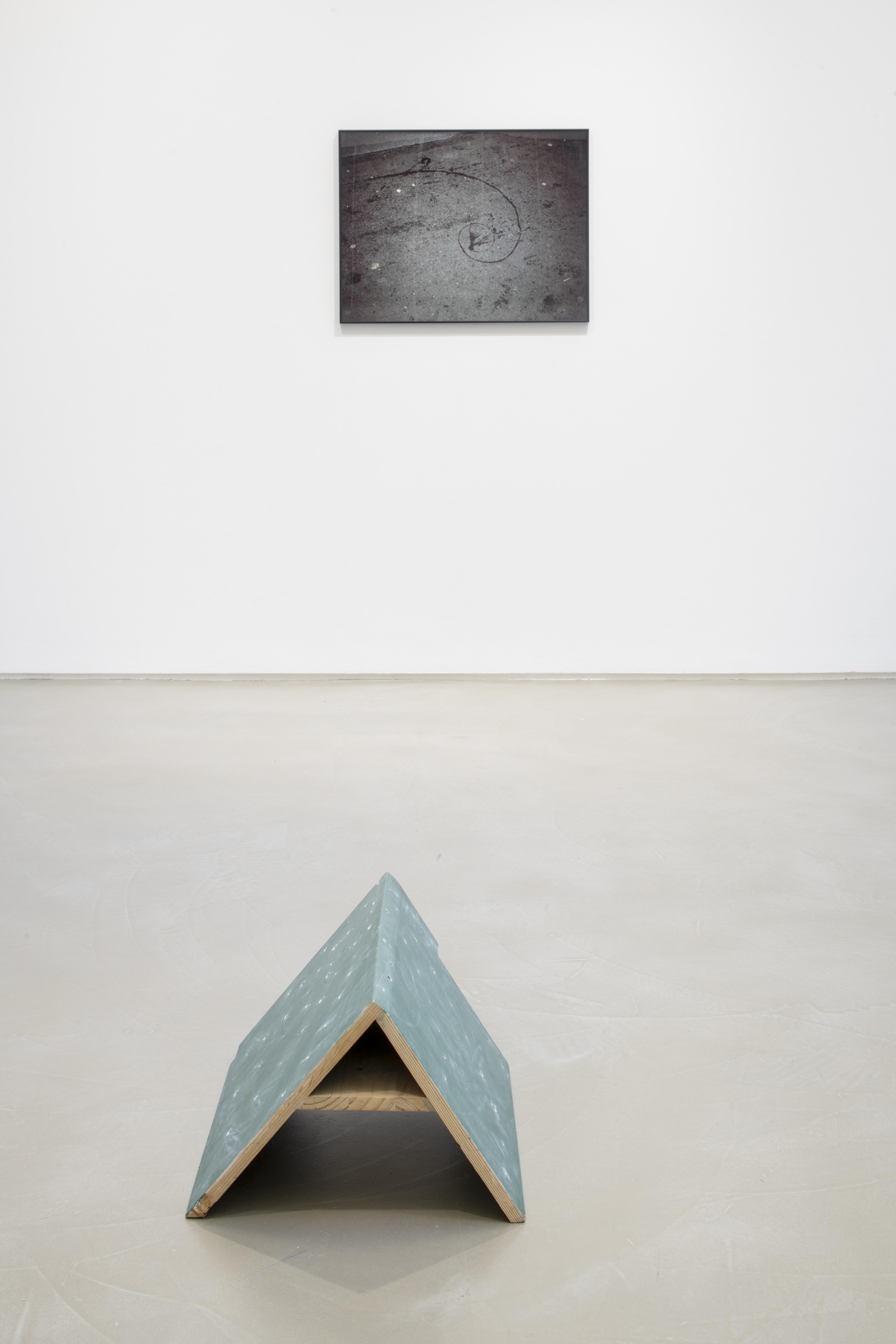 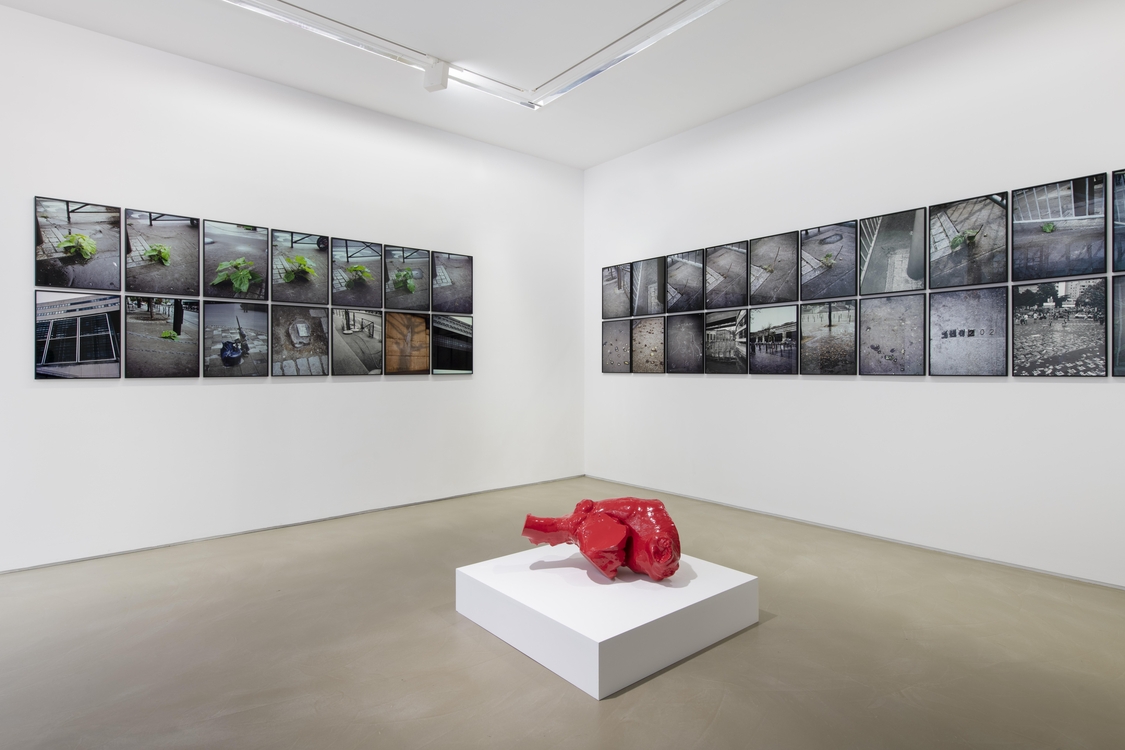 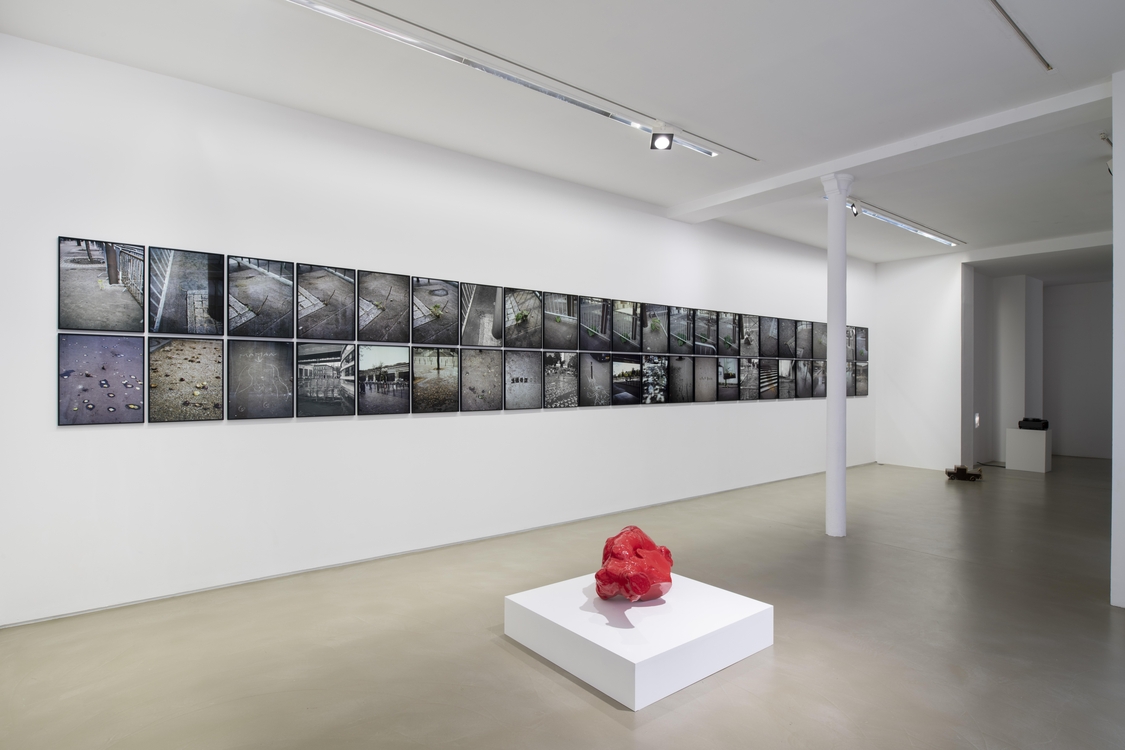 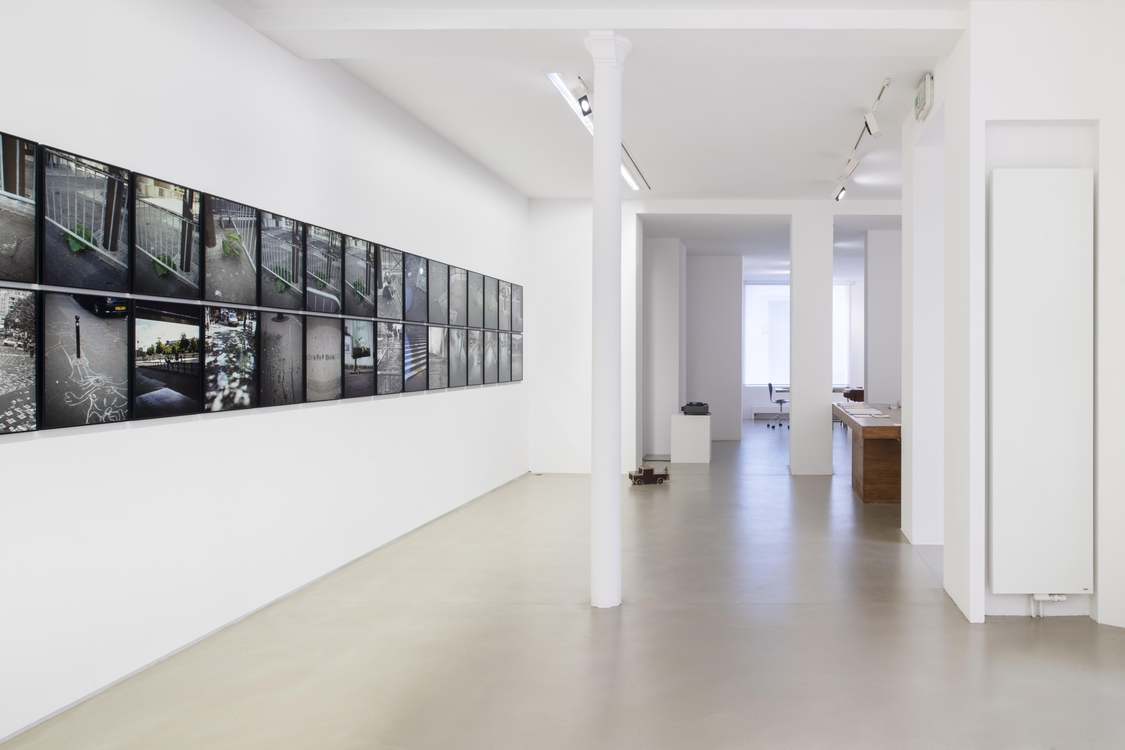 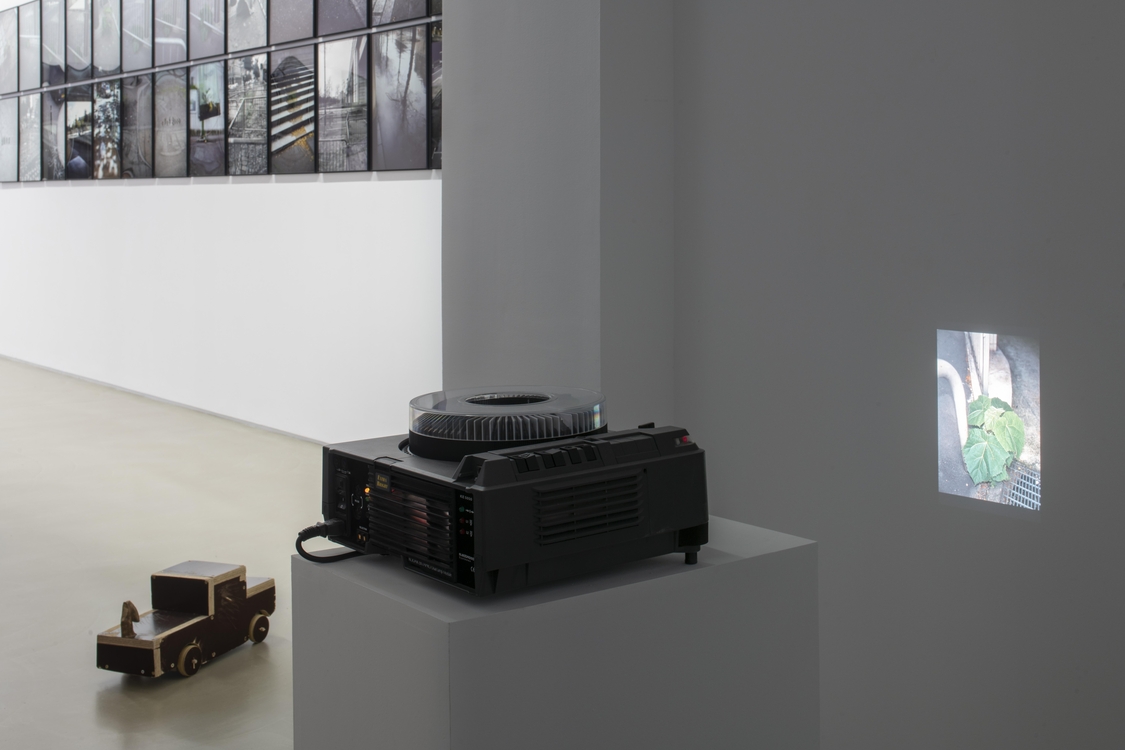 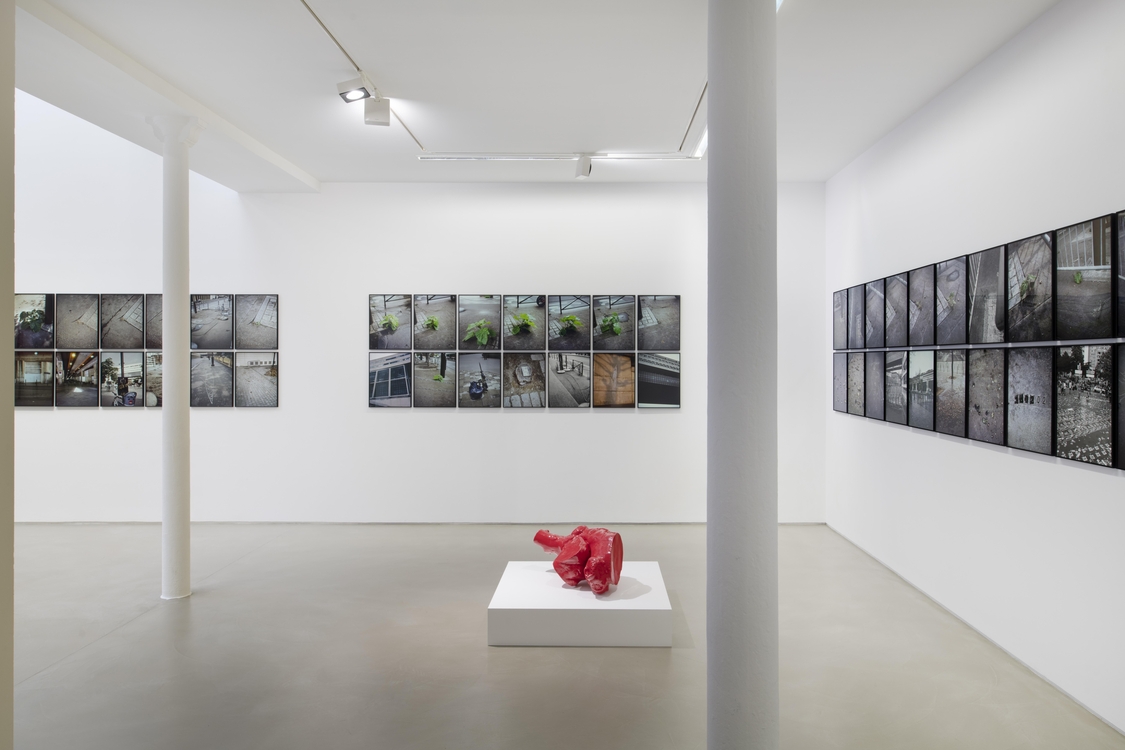 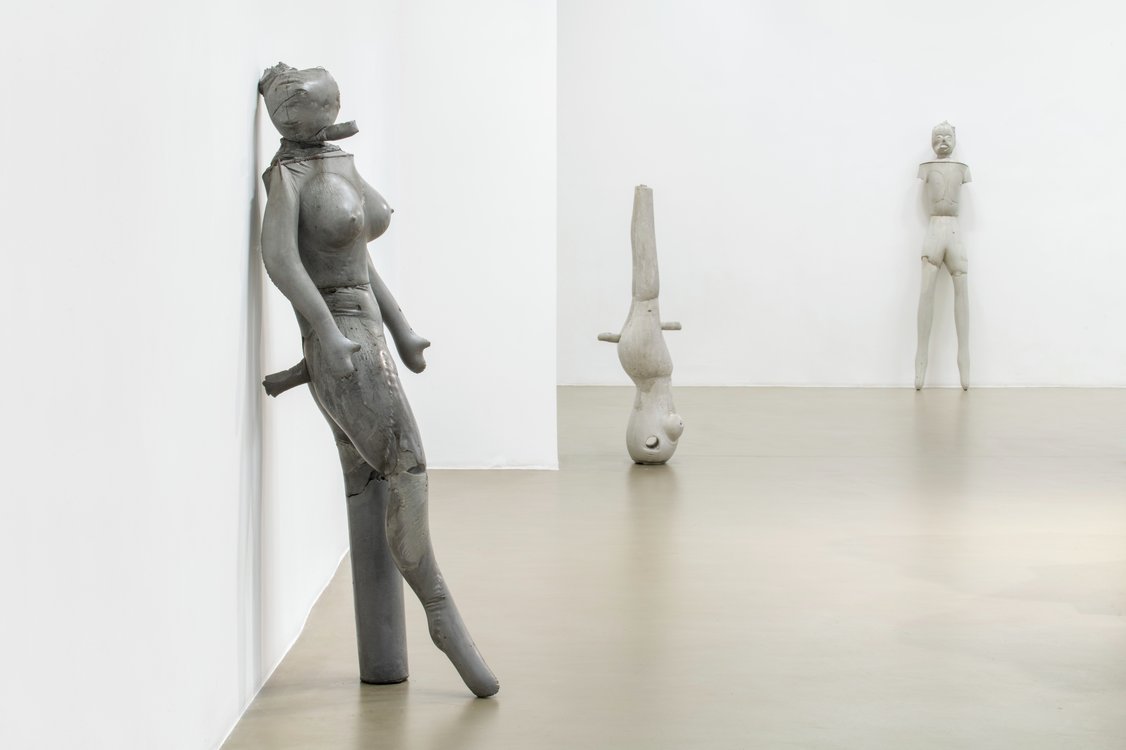