New sculptures, installations, and works on paper are presented.

Mona Hatoum's art reflects on world conflicts, migrations, and surveillance, using materials as varied as steel, brick, concrete, and human hair, in order to create spaces of tension, paradox, and ambiguity. The motif of the grid and the sphere serve as metaphors for conﬁnement, oppression, and destruction.

The artist articulates these issues through the use of abstraction and poetic Realism which enables her to reach a certain universality and become one of the most influential figures of her generation, as well as a role model for many contemporary artists.

From the point of creation to the placement of the work in the space, Mona Hatoum focuses her attention on the viewer's body and on the precise moment when he or she encounters the work. Mingling the theme of everyday life with that of global instability, the artist creates a feeling of discomfort. Due to the familiarity of the forms and the poetics of the materials, Mona Hatoum’s works are attractive and irrepressibly lure the eye. Our attention is however disrupted when we approach the work as it reveals harsher and more precarious characteristics than is expected. Consider Remains (chair) V, a piece of furniture reduced to its ghostly charred remains, held together by wire mesh. This chair, a shadow of its former self, no longer suggests a refuge or comforting interior, but points to an alarming and disturbing situation.

The desire of the artist to combine geopolitical problematics with esthetical considerations leads to major works such as Concrete Mobile, Orbital II or Hot Spot (stand).

Hot Spot (stand) is a metal globe, wrapped in neon tube emitting a mesmerizing glowing red light. When approaching the work, one feels a sensation of heat and hears an unfamiliar electric buzz. Emblematic of Mona Hatoum’s work, the geographical map is here presented as a statement for a world embroiled in conflict and a territory in flux. For Orbital II, Mona Hatoum uses materials borrowed from the construction industry: the curved steel rebar forms a globe punctuated by clumps of concrete that also look like orbiting planets. Concrete Mobile is composed of the same elements this time suspended overhead. The precarious suspension of the concrete blocks suggests the erosion of a building that was once solid, down to a skeleton of fragments. Mona Hatoum produces a metaphor of a fragile world that is in a permanent state of destruction, while providing the key to a possible reconstruction. A Pile of Bricks IV also uses building materials. It consists of a pile of bricks that resemble a mobile architectural model and suggests a partially collapsed building with a caved-in façade.

The spatial relationships created by Mona Hatoum between those powerful works and the visitor generates a genuine visceral experience.

The grid is another theme explored in this exhibition. It initially became a recurring theme because of her interest in Minimalism and geometry. But the grid pattern has gradually evolved into a reference  to real-life situations related to conﬁnement. In a serial approach, Mona Hatoum repeats the motif in drawings on parchment paper entitled Drawing Heat. She produces a freehand drawing with a hot metal rod creating a form by removing material from the surface of the paper. For untitled (bed springs) I & II, an organic grid shape emerges. These lithographs were produced by using bedsprings, removed from the frame and applied directly to the stone, creating a variation on the classical form of the regular, geometric grid – which then seems to evaporate and evoke a possible liberation.

The body is the starting point for much of the artist’s commentary on the state of the world. However, it may also be the object. Since early days, Mona Hatoum explored the interiority of the body, often revealing its deepest intimacy. With some humor, while still seeking to elicit contradictory emotions, the artist once again uses the sphere in the work entitled Inside Out (concrete), whose surface pattern is reminiscent of the meanderings of the digestive system. In other sculptures, the artist incorporates materials discarded from her own body: a necklace made out of her own fingernails is displayed on a wooden bust (Nail Necklace) and for Silver Ball, rolled hair forms a large ball that is placed on a pedestal like a precious object. Other small works on paper created with hair punctuate the exhibition and encourage proximity between the artist and the visitor.

Lastly, SP Atelier extends an invitation to enter a wholly different sort of privacy, that of the artist’s studio.
Mona Hatoum displays a set of drawings, photographs, embroideries, and other objects, collected during her residency in São Paulo in 2014.  The elements that make up this installation are samples or preparatory sketches for pieces that emerged in São Paulo and were later presented in the exhibition that concluded the residency. The piece takes us behind the scenes of an artistic practice developing outside any fixed studio location, drawing sustenance from local materials and know-how.

As Clarrie Wallis wrote, “[Mona Hatoum] is highly sophisticated in her manipulation of materials and their metaphorical potential and, […] it is in her interface between these that the work’s meaning resides.”`
The visitor’s space is filled with tensions between form and content, medium and thought, latent poetry thus resulting, constitutes the strength of the artist’s work.

In 2019, Mona Hatoum has been awarded the Praemium Imperiale prize for Sculpture, submitted by Japan Art Association, the most historical cultural foundation in Japan.

She was presented with a number of other prizes during her career, such as the 10th Hiroshima Art Prize by Hiroshima City Museum of Contemporary Art (2017), Joan Miró Prize of the Fundació Joan Miró (2011), Honorary Doctorate from the University of Southampton (2010), or Roswitha Haftmann Stiftung Prize (2004) among others.

In 2015, her exhibition at the Centre Pompidou Paris travelled to Tate London, then to the Museum of Contemporary Art Kiasma in Helsinki (2016). 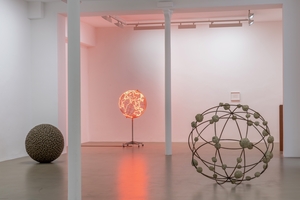 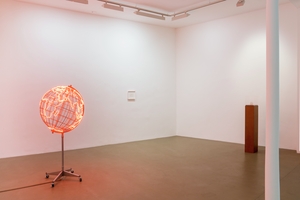 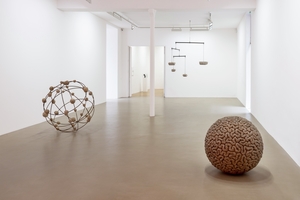 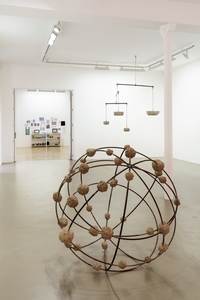 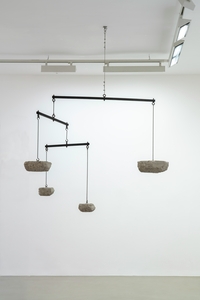 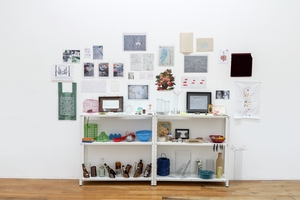 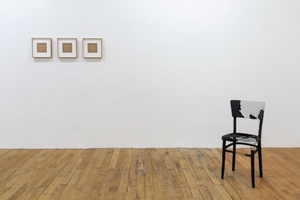 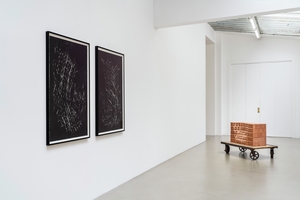 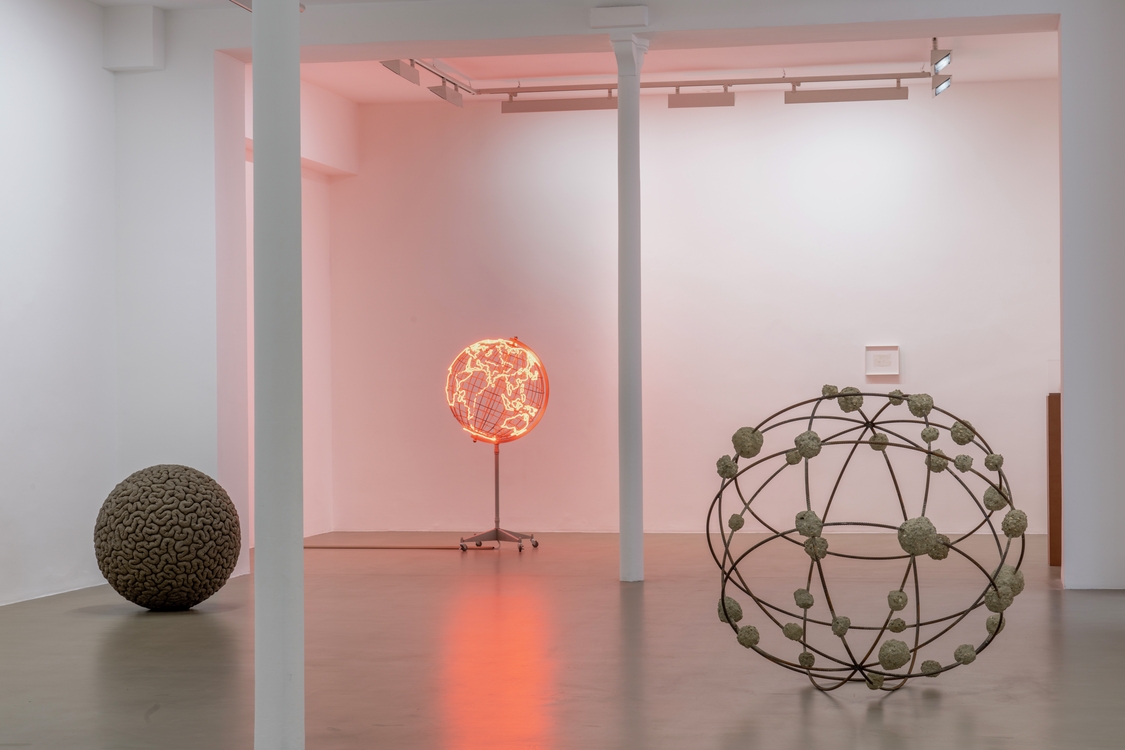 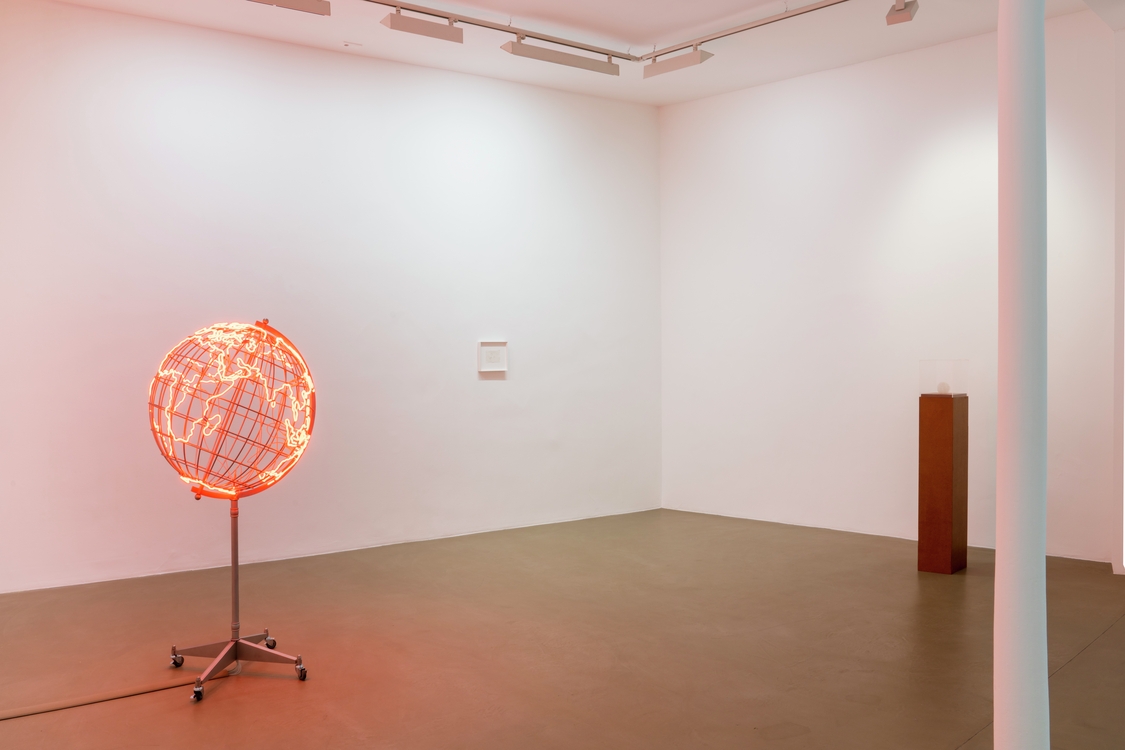 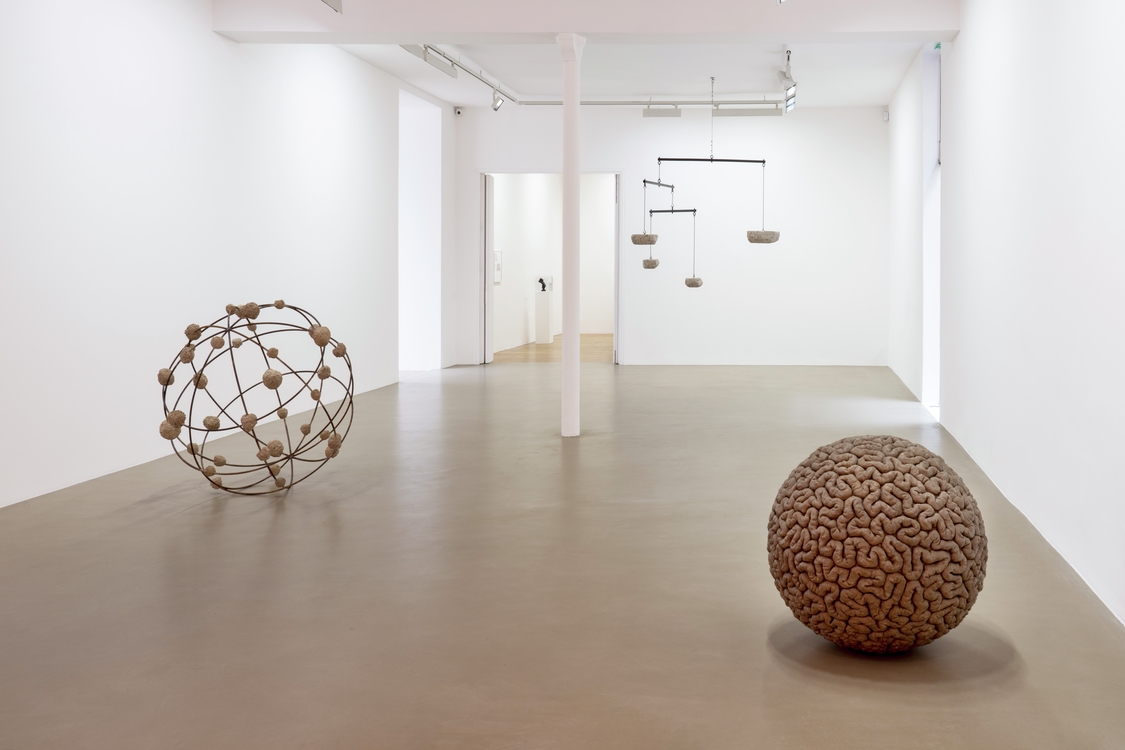 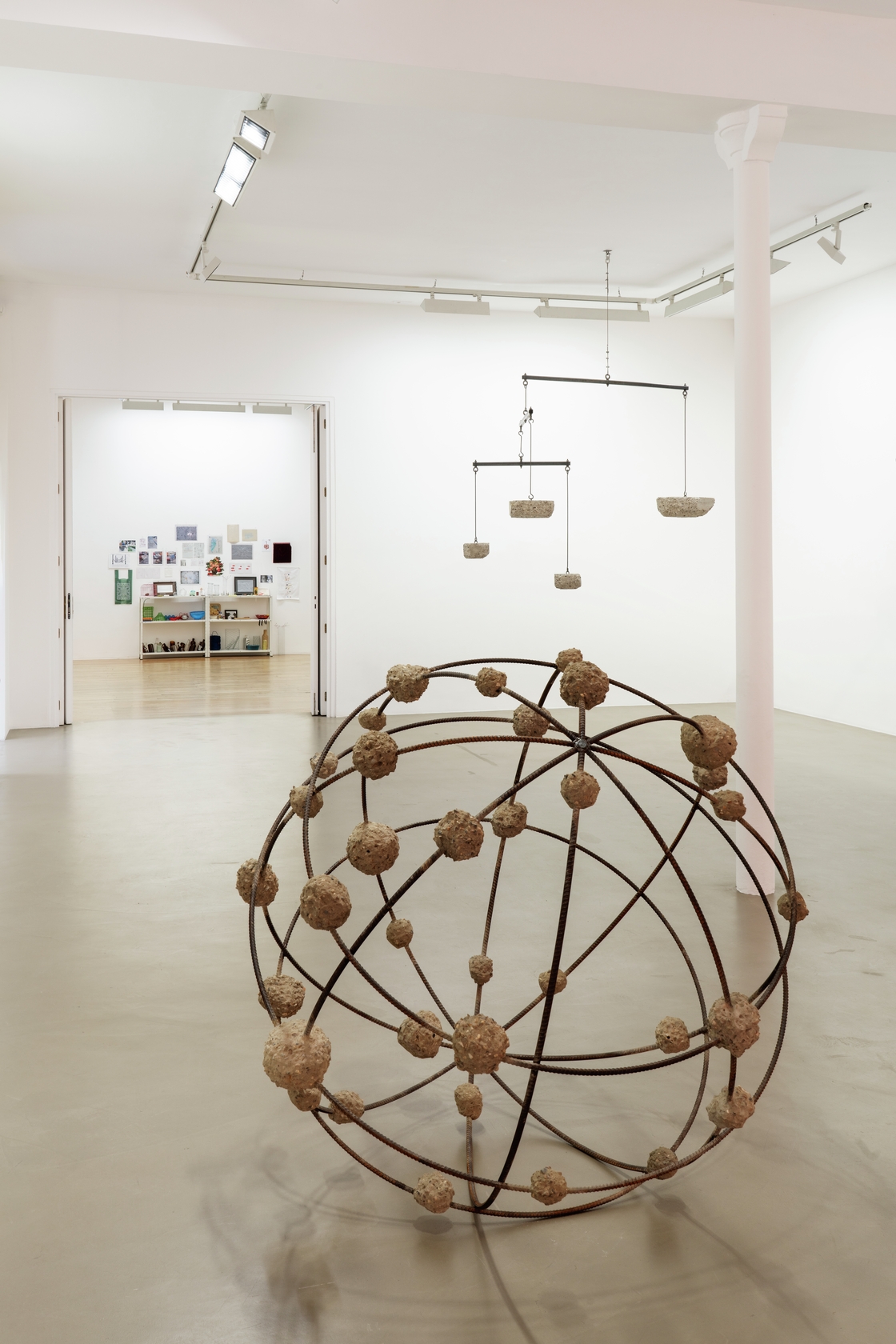 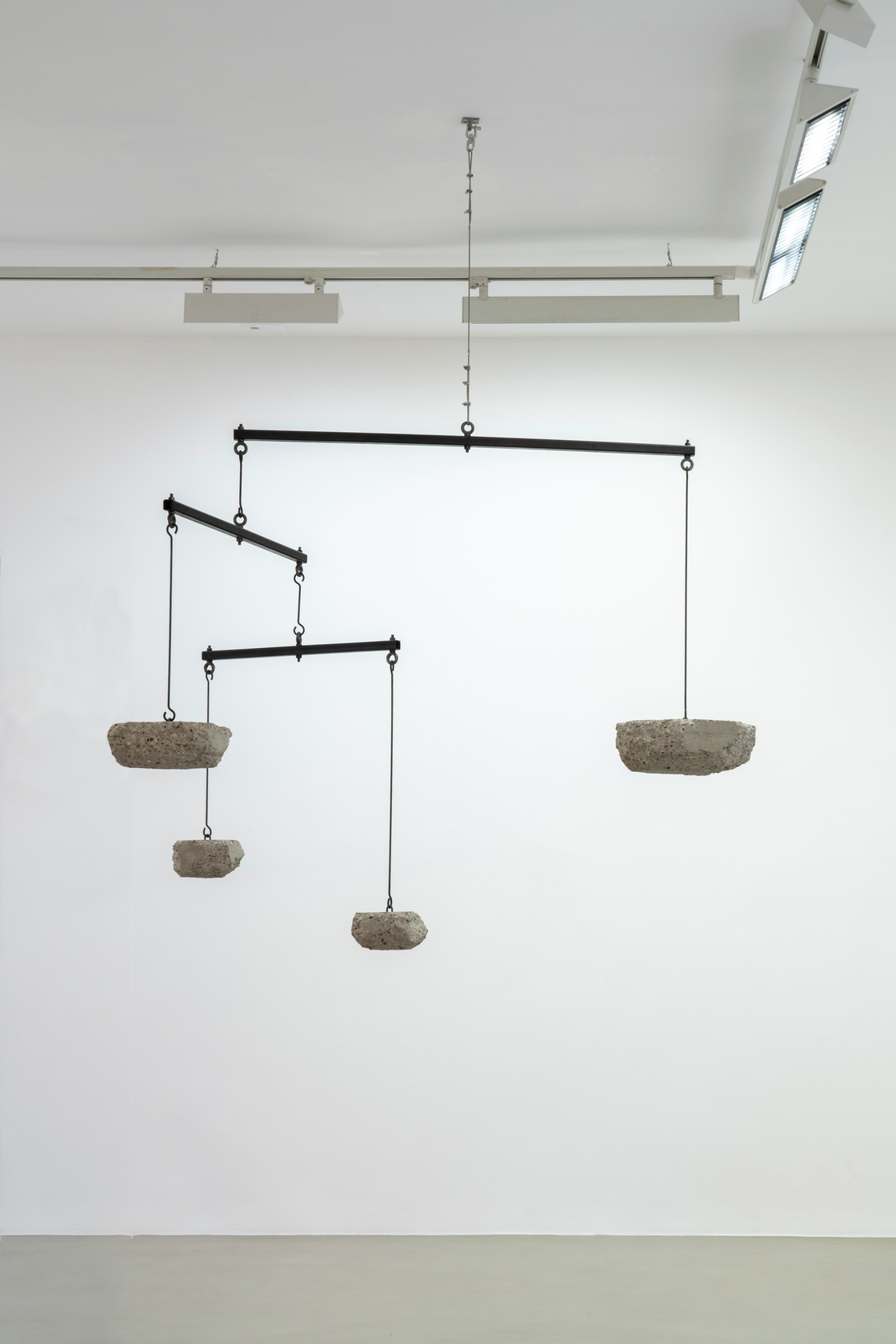 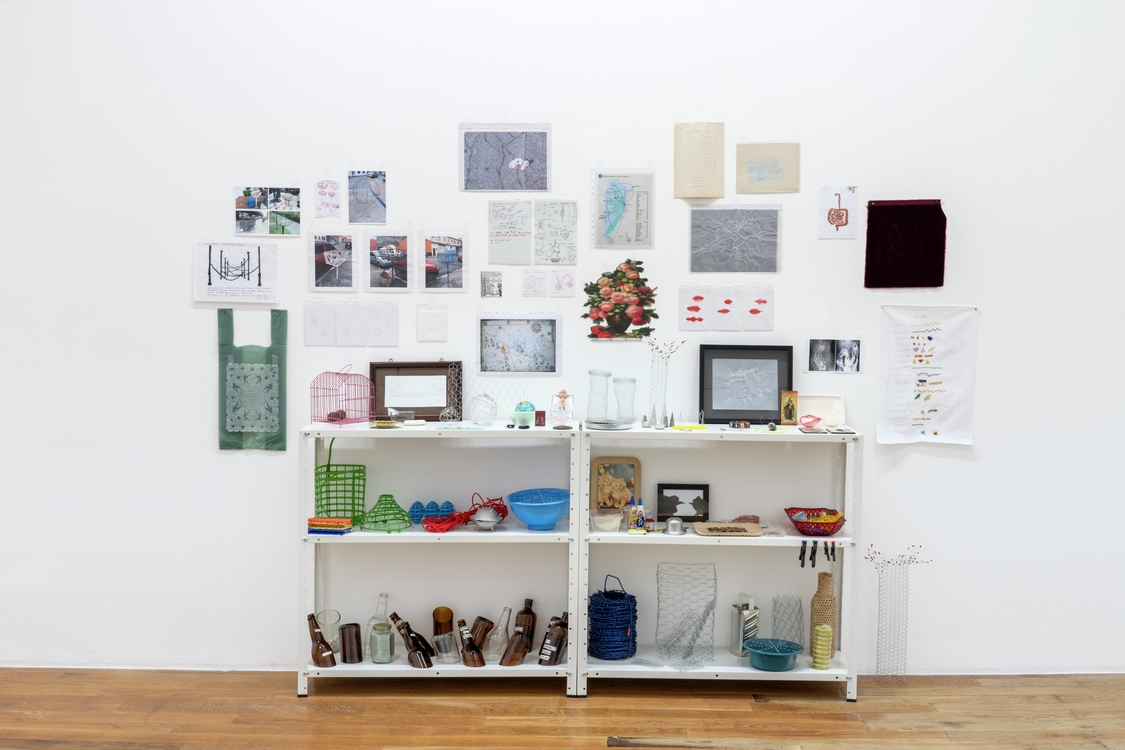 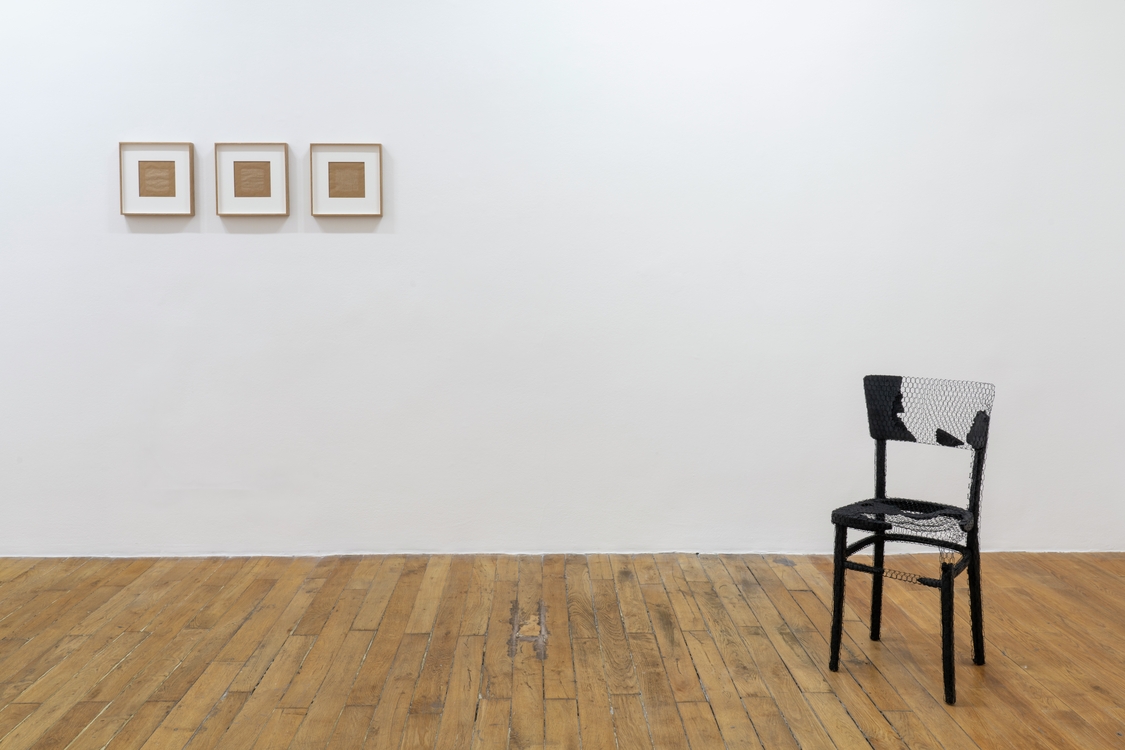 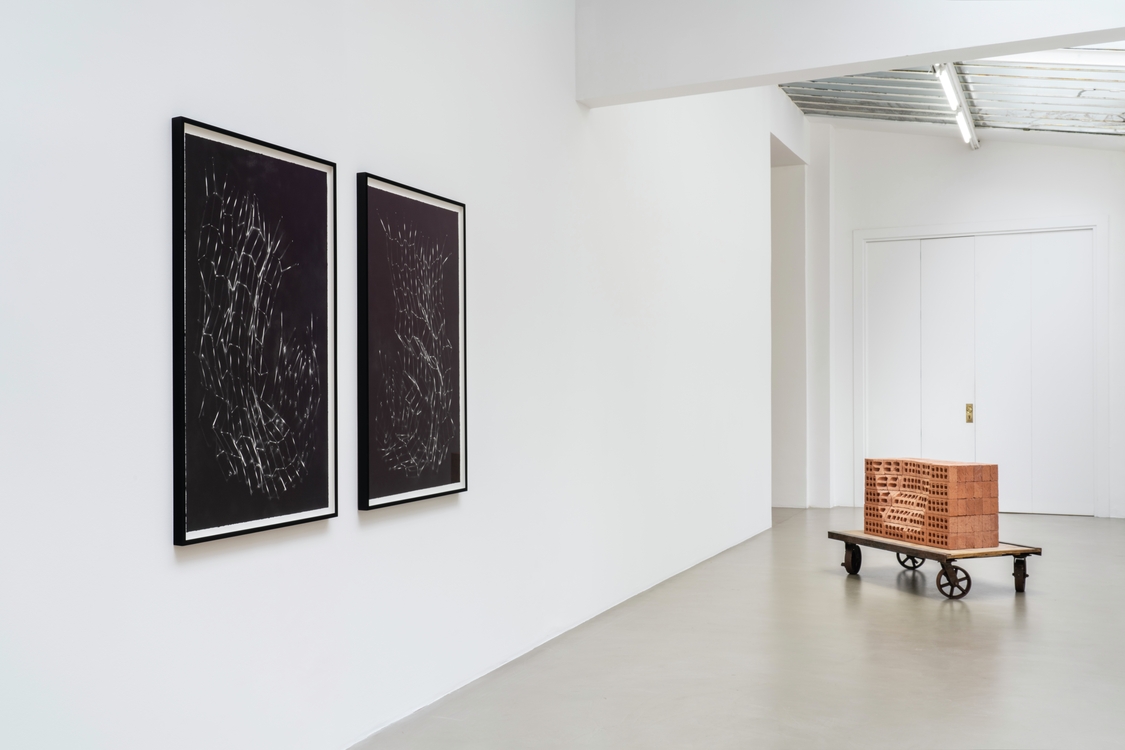