For his second solo show at Galerie Chantal Crousel, Wade Guyton returns to his exhibition six years ago. Using the same digital file to make ten black paintings in 2008, he makes ten more. The printer is an Epson 9900, the model that replaced the Epson 9600. The ink is now UltraChrome with Vivid Magenta Technology™.

This time it’s 10.7.51. It’s in the cloud, but it's also in the floor and the walls. After all, that exhibition is embedded in the building, formed by the gallery contours. Time turned material. More metamorphic than sedimentary. The density has increased. Condensed into a single work. The noise is louder. The floor is covered with plywood again and painted, bringing the feeling back to our feet again.

This is what we said last time:
For his first solo show at Chantal Crousel Gallery, Wade Guyton presents a new series of paintings that are ostensibly black monochromes. Made with an Epson large-format printer in the same manner as the paintings he has been producing for the last three years, these works are printed on factory-primed linen intended for oil painting and not inkjet printing. Recently, the artist noticed that some of the linen he received from the factory reacted differently to the inkjet printer than those he had previously. The marks, images, and letters he was printing became absorbed into the porous surface rather than “sitting on the surface”. These paintings were set aside as failed works and these new rolls of linen as unusable material. Because of this difference in the ink’s interaction with the surface, the artist began to overprint these paintings with a Photoshop-drawn rectangle “filled” with the colour black. By repetitively overprinting, an unexpected painterly process developed. The artist proceeded to use the blank “defective” material in the same way printing the same file over and over. As each painting is made, it transcribes a visual record of the printer’s actions: the trace of movement of the print heads, the varying states of their clogged-ness, the track marks of the wheels on wet ink all mixed with the scratches and smears on the paintings from being dragged across the floor to be fed back into the printer again. This show is the second iteration of the installation of the monochromes and the black plywood floor, the first instance being at Friedrich Petzel Gallery in New York in November 2007.


Wade Guyton was born in 1972 in Hammond, Indiana. He lives and works in New York.
His last solo exhibitions took place at Kunsthale Zurich (2013) and Whitney Museum of American Art, New York (2012). In 2013, he participated in the following shows : Carnegie International 2013, Carnegie Museum of Art, Pittsburgh (USA), Il Palazzo Enciclopedico, La Biennale di Venezia, Venice (Italy), Lies about painting, Moderna Museet Malmö (Sweden). He often collaborates with other artists, a recent example of this is with Kelley Walker in 2013 for the exhibition Wade Guyton, Guyton\Walker, Kelley Walker at Kunsthaus Bregenz (Austria). His work will be presented in Prima Materia at the Punta della Dogana, Fondation François Pinault, Venice, from April 13 to December 31, 2014. 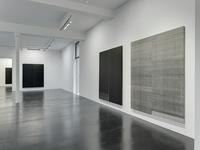 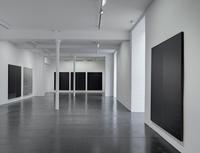 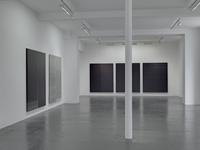 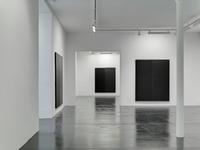 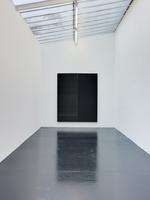 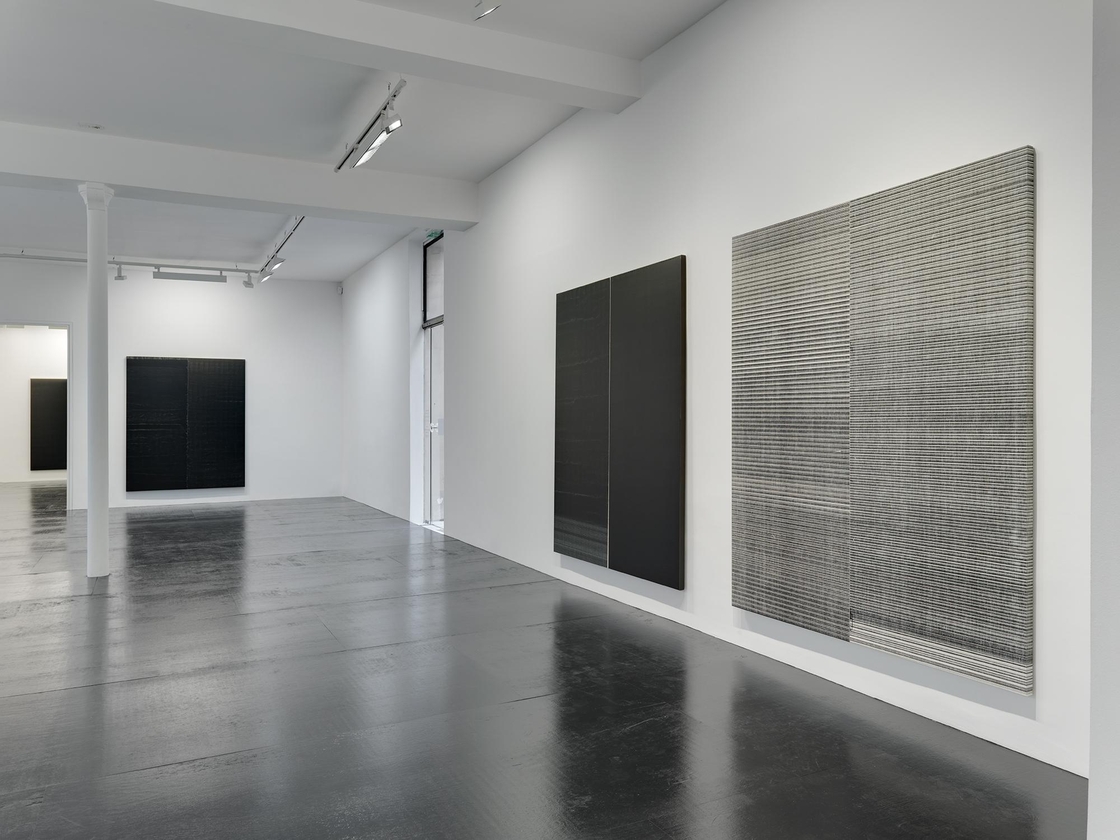 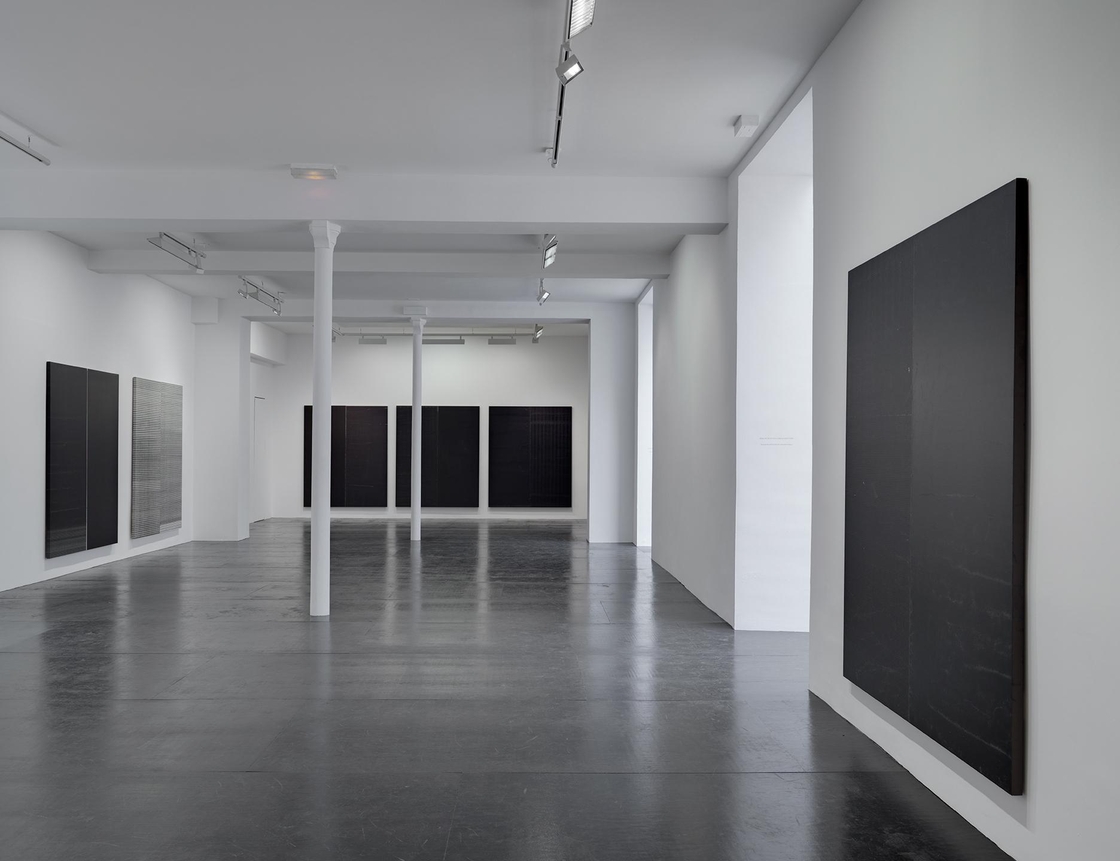 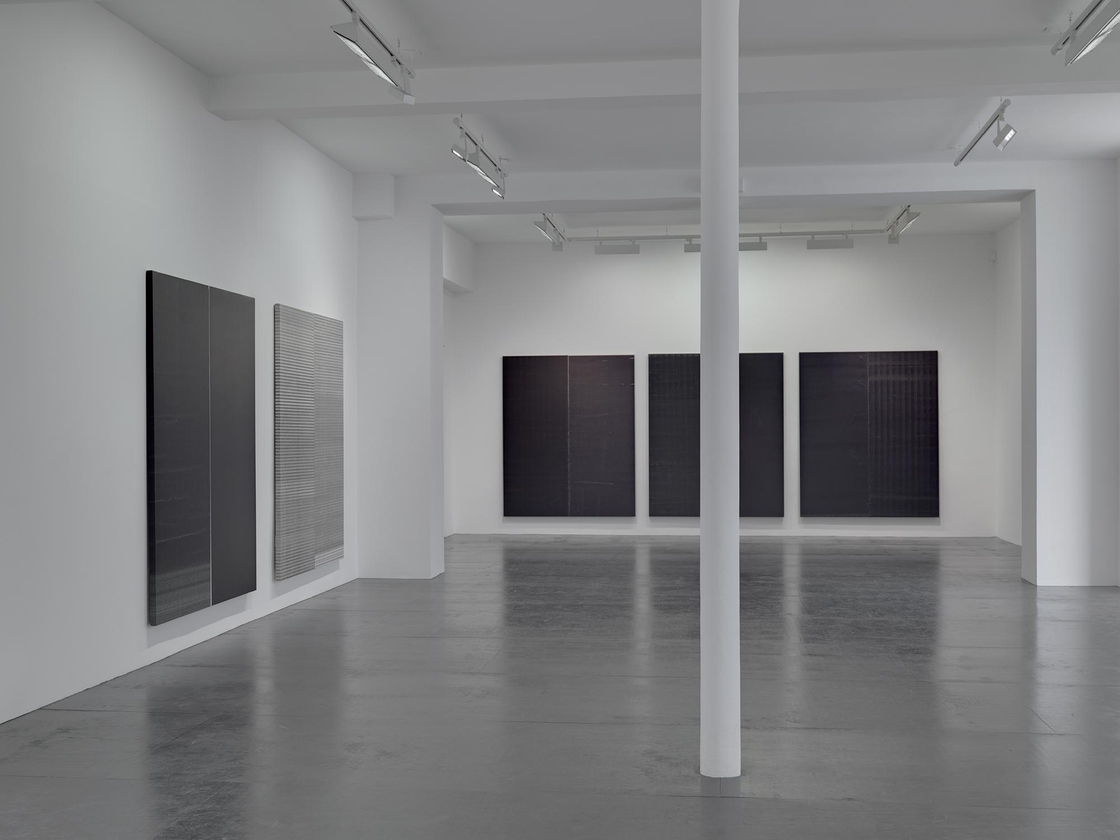 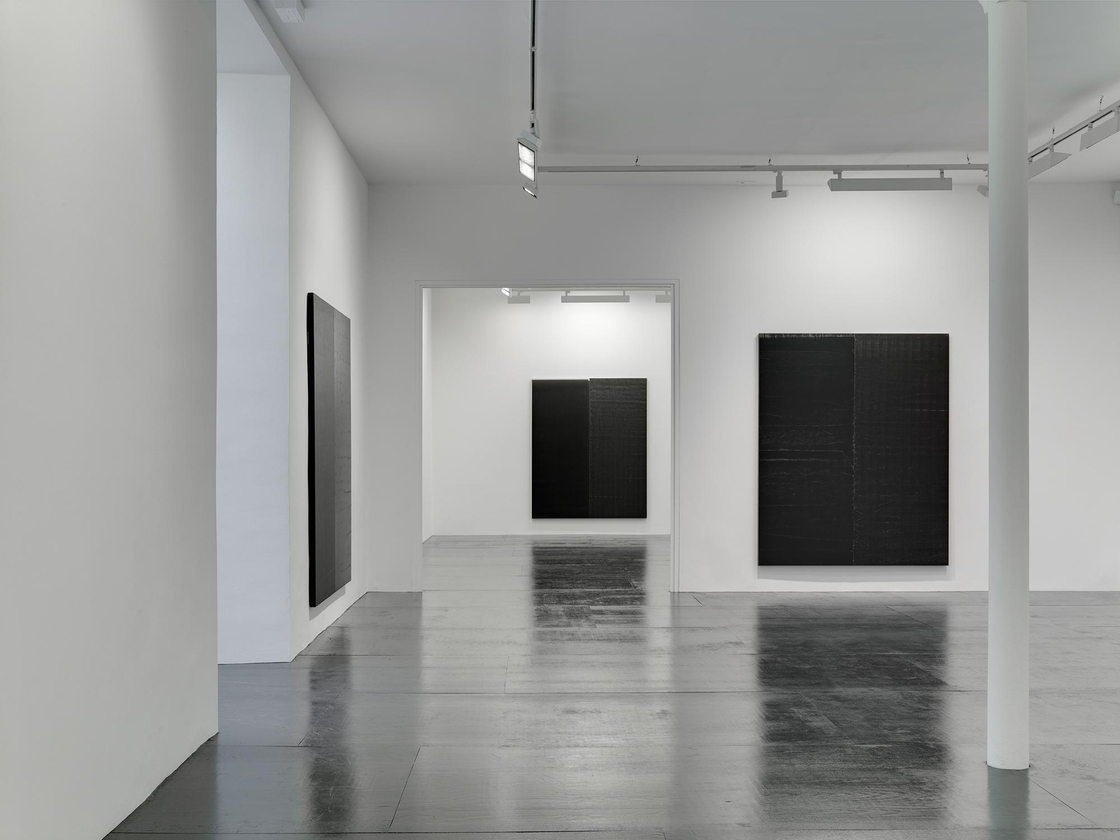 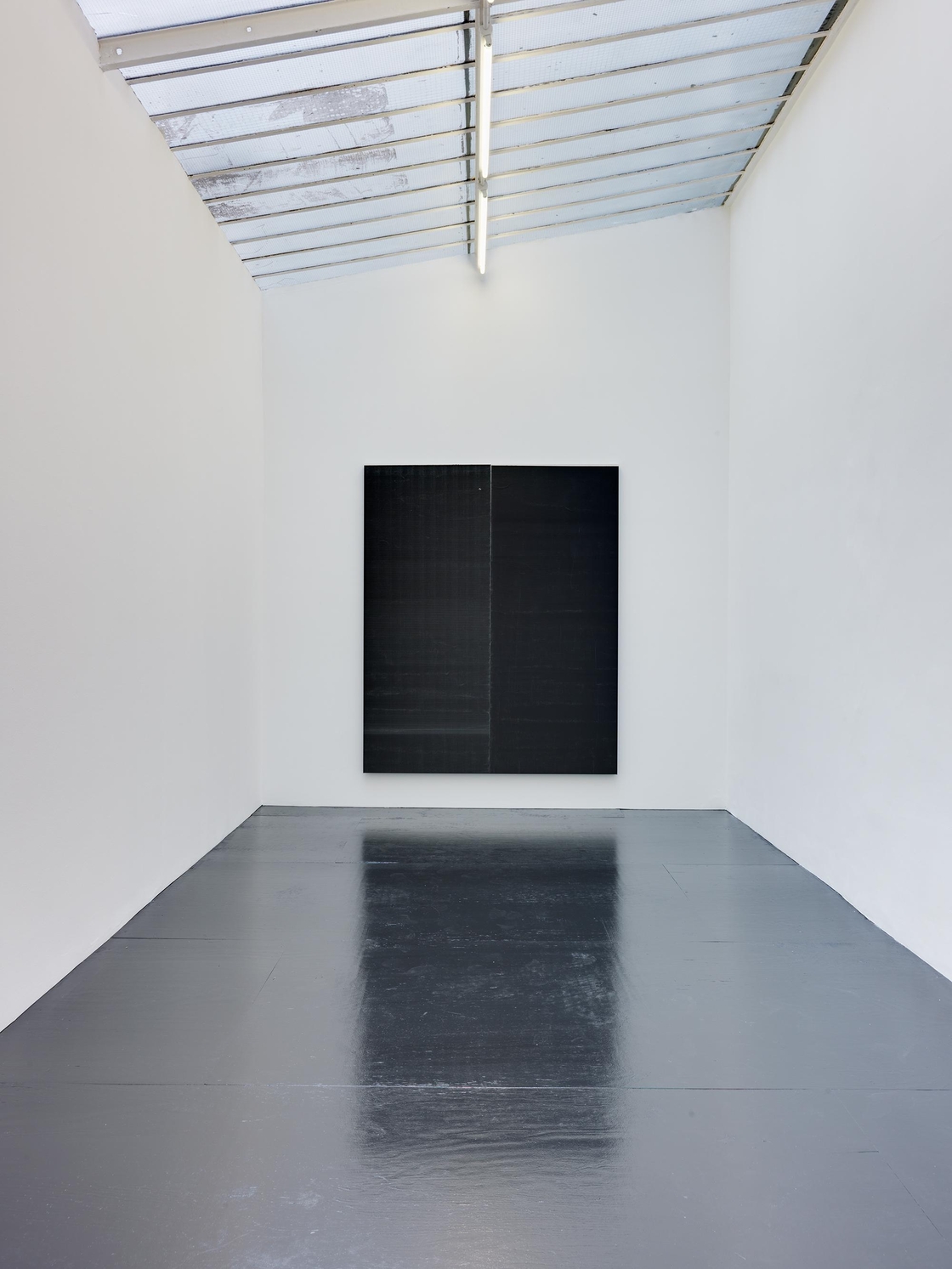 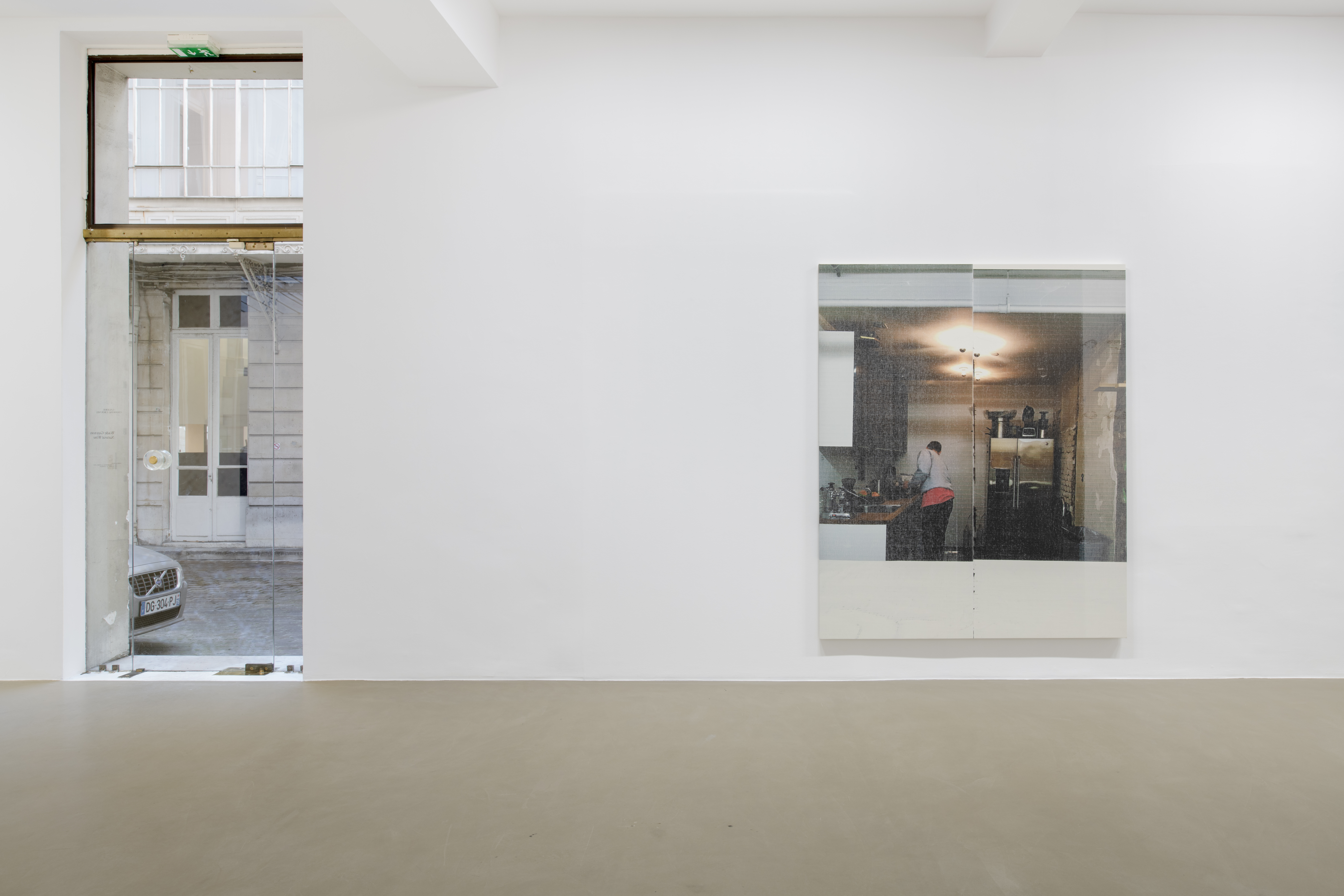