Melchior d'Hondecoeter lived and worked in Utrecht and Amsterdam from 1636 till 1695. His oeuvre consists almost entirely out of portrayals of birds, to whom he attributes certain psychological and metaphorical qualities. A Pelican and Other Birds Near a Pool (1680), otherwise known as The Floating Feather was produced for the hunting lodge of King William III, and is part of the collection of the Rijksmuseum in Amsterdam. In this painting, d'Hondecoeter depicts a heterogeneous group of birds grouped around a pond in a dynamic composition. Some are precious and exotic to the northern climes, like the flamingo and the pelican, whereas others are more common, such as the shelduck on the right. The Floating Feather reinforces as well as comments on the prevailing tastes and power-structures of its time. The painting and what it represents –  rather then its title – could be seen as an emblem for the exhibition.

Fong-Leng was born to a Dutch mother and a Chinese father in 1930-ies Rotterdam. She opened her first boutique in Amsterdam in 1971 and quickly gained success with her unique and often extravagant garments. Her theatrical fashion-shows, in which she played an important role as main model and primary marketing tool of her own produce, created scandal and excitement in the Netherlands all through the 1970-ies and -80-ies. Her style was affiliated to the work of contemporaries Ossie Clarke and Zandra Rhodes, but Fong-Leng sees her creations as sculptures rather then clothes, and in interviews repeatedly described the production of her pieces as a process of construction, or building. Thus Fong-Leng created a peculiar niche through which she separated herself from the mainstream, while simultaneously making excellent commercial use of it. Fong-Leng’s works have a strong formal or representative character, reminiscent of traditional oriental ceremonial clothing. The robe-manteau is a favorite model, often made out of richly decorated leather or suede. Galerie Chantal Crousel now shows seven works of Fong-Leng – a loan from the Scheringa Museum for Realism in Spanbroek, NL - that mark the transition from flower power to punk, dating from 1974 to 1981.

Isa Genzken’s approach to sculpture is as analytical as unconventional. From the mid 1970-ies she investigated a wide range of artistic, psychological and socio-political topics, while at all times thematising the basic premises of sculptural practice.
The installation Gay consists of two wall-objects each made of several layers of plastic and textile attached to a metal sheet, and a small fan for domestic use placed on a low foldable stool. Several coats of paint that are either sprayed or poured on the surface of each panel remind of expressionist painting as well as urban graffiti. Strips of fragmented mirror material and camouflage-printed tape are attached to the top of each object. Under one layer of plastic sits an image of a naked man, taken from the series of images produced and published in May 2004 by American soldiers in the Abu Ghraib prison in Iraq. The prisoner’s spread out arms render his body into the shape of a cross – an architectural given often quoted in Genzkens work. On one of the two wall-objects a layer of textile, a shredded rainbow-flag, softly waves in the breeze created by the blowing fan. Isa Genzken is generally considered Germany’s leading female sculptor. Recent solo’s include Secession in Vienna and Galerie im Taxispalais in Innsbruck. She will represent Germany at the 52nd Bienale of Venice in June 2007.

Keren Cytter's artistic production exists of drawings, writings, and short narrative films shot on video and film. Her time-based works mix and comment on a variety of disciplines and styles, ranging from documentary, mockumentary, Greek melo-drama, slapstick, satire or sit-com to soap, home-movie, musical or Brechtian theatre. Cytter does not seem primarily inclined to impress on an aesthetic level, but this modesty (or is it pragmatism?) is royally compensated by intricate narrative layers, that lend each of her works its characteristic, epic out-of-controlness. Though Cytter’s rough, trade-mark camerawork initially seems the result of loose improvisation rather than a systematic approach, all her pieces are meticulously scripted and staged. Cytter’s deconstructions comment on the genres they quote, and at the same time propose an alternative for contemporary image production.

In Galerie Chantal Crousel Cytter shows The Victim, a loop in which five personages in a confined space are confronted with each other and their fictional status, and The Date Series, a black/white video diary in seven parts illustrating the artist's thoughts during spring and summer of 2004.
Keren Cytters recent solo’s include Frankfurter Kunstverein and Kunsthalle Zürich. She won the Baloise Art Prize for ‚The Victim at Art Basel in June 2006, and is currently finishing her first full length feature film.

‘The Floating Feather’ was conceived for Galerie Chantal Crousel by Willem de Rooij. De Rooij is an artist living and working in Berlin – currently as a guest of the DAAD. Recent solo’s include Stedelijk Museum Amsterdam and Secession in Vienna. De Rooij teaches at the Städelschule in Frankfurt am Main and De Ateliers in Amsterdam.

The Galerie Chantal Crousel will be opened from the 24th of December to the 1st of January by appointment. 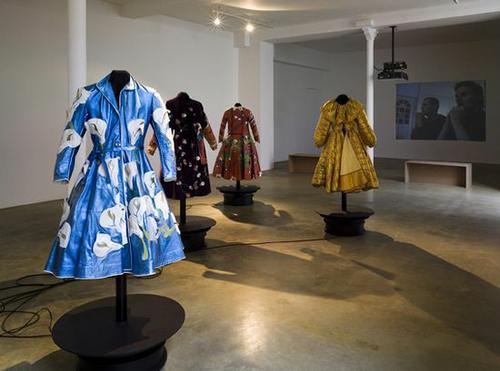 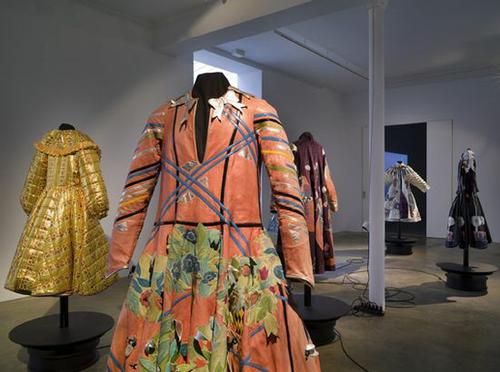 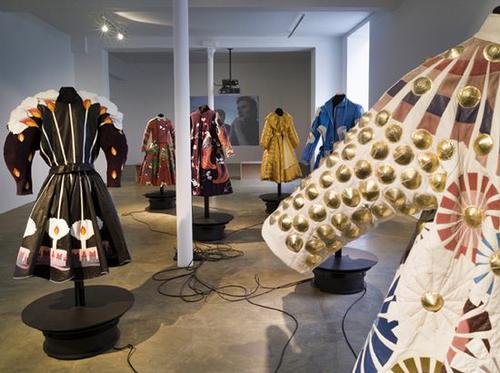 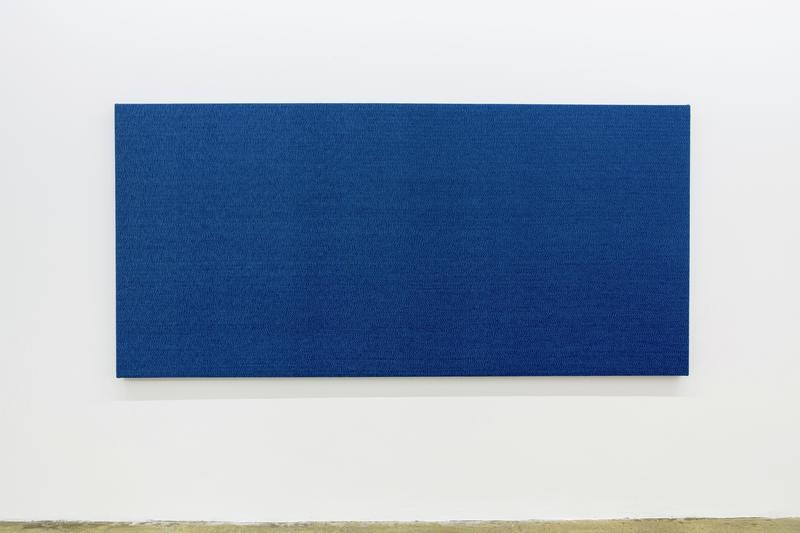