I saw the world collapse and it was only a word 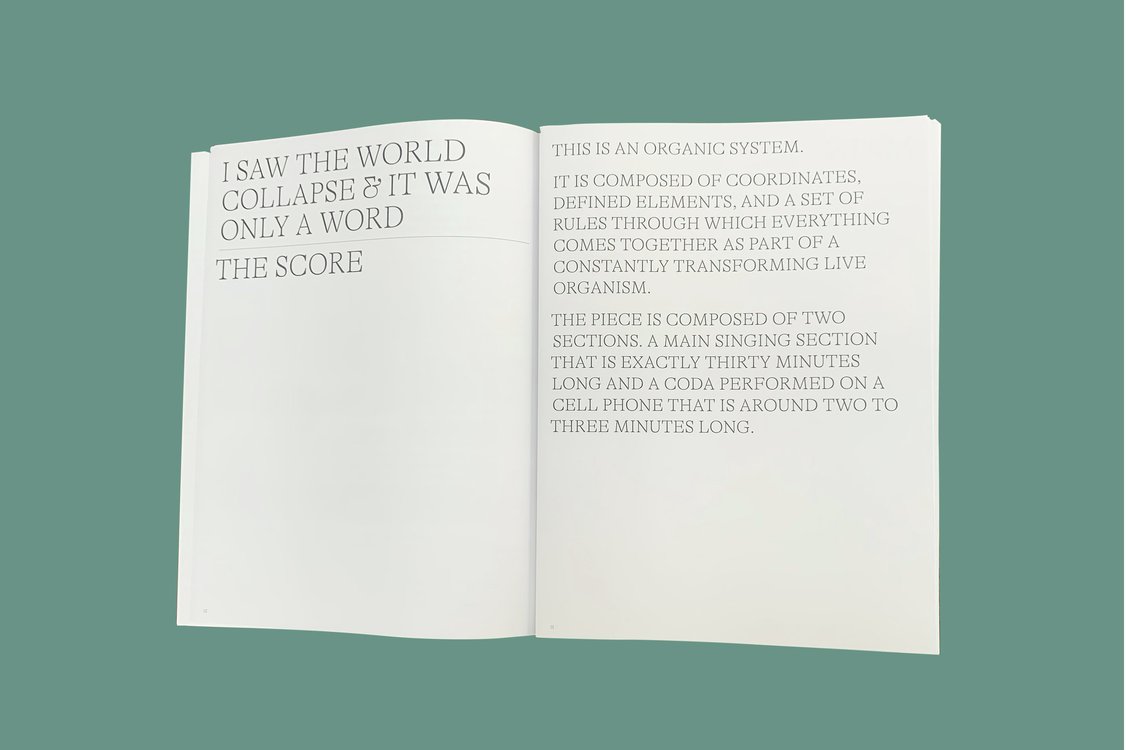 Hassan Khan, I saw the world collapse and it was only a word. Edited by Staatliche Kunstsammlungen Dresden. Published by Mousse Publishing.

In I saw the world collapse and it was only a word, published on the occasion of his concert in December 11, 2019 at Albertinum, Staatliche Kunstsammlungen Dresden, Hassan Khan articulates the communal yet individualized feelings of sadness and trouble before they coalesce into larger structures and institutions through a libretto for five vocalists, showing us the fleeting moments of the world as it is collapsing rather than only the dust of its collapse.

The work is characterized by layered fragments that gesture toward a tonality and unity that nearly coalesce, but that dissipate as soon as they emerge. The collapsing word could be anything: the death of a family member; a defeated revolution; a heartbreak. It means something different from one place, one individual, to the next while still existing so broadly that it defines a more communal experience felt across the globe.

A collapse from what? Rather than a doomsday message, it intimates that perhaps the world isn’t really collapsing at all. Instead, Khan poses collapse as an ever-present underlying condition, challenging much contemporary intellectualizing that positions the current moment as somehow peculiar or extraordinary.