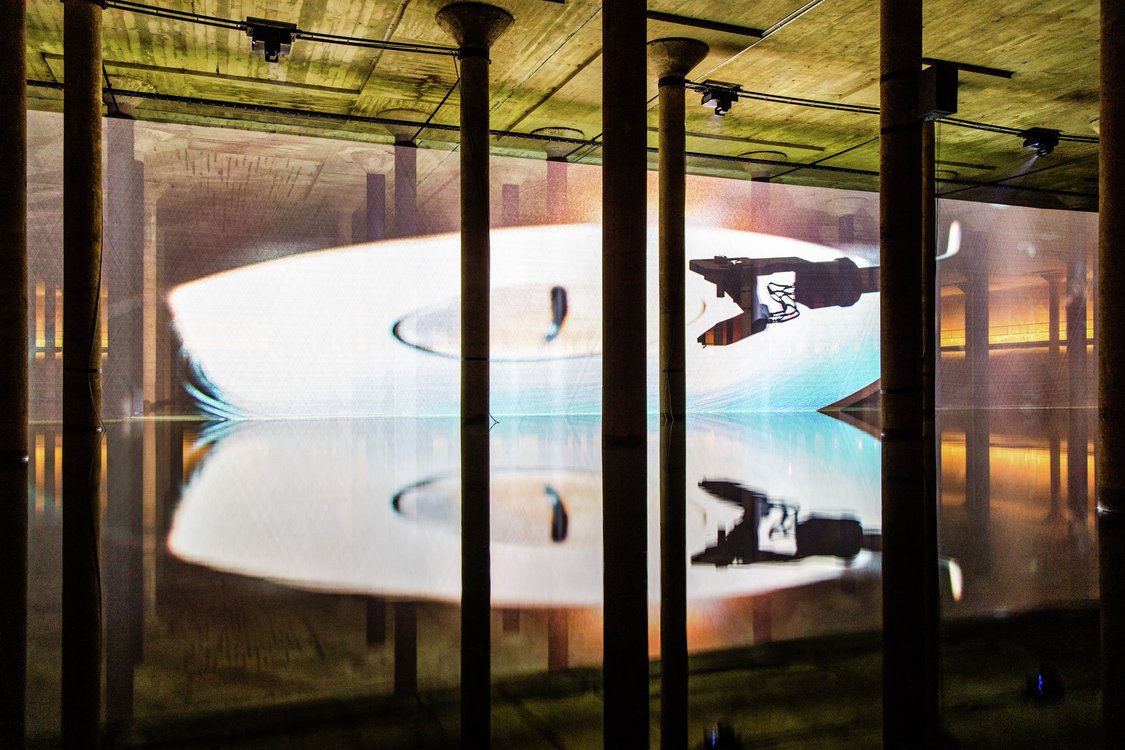 Anri Sala presents a new immersive film and sound installation, titled Time No Longer, will transform the Buffalo Bayou Park Cistern for a period of nine months, transporting visitors into an other-worldly environment within this vast, subterranean reservoir. This newly commissioned artwork is a film projected onto a translucent screen with a soundtrack emanating throughout the space, its reverberations creating ripples on the surface of the water. Visitors will encounter the work in 360 degrees by making their way around the full perimeter of the 87,500-square-foot Cistern, hearing, feeling, and observing it through the Cistern’s 221 supporting columns.

The film depicts a weathered turntable floating in a space station. It is tethered only by its electric cord, which allows it to keep playing a vinyl record. There appears to be no human presence to listen to it, and an uneasy quiescence around it suggests it may be spinning in the aftermath of a catastrophe – a custodian of that absent humanity. From its position in space, it observes 16 earthly sunrises and sunsets each day.

The sound arrangement for Time No Longer is made in partnership with two of Sala’s long-term collaborators, Hungarian-American musician André Vida, and French sound designer Olivier Goinard. The saxophone is performed by Vida himself, while the clarinet is performed by French clarinetist Raphaël Sévère. Time No Longer is curated in collaboration with Weingarten Art Group.