Borderland — I Walked a Far Piece 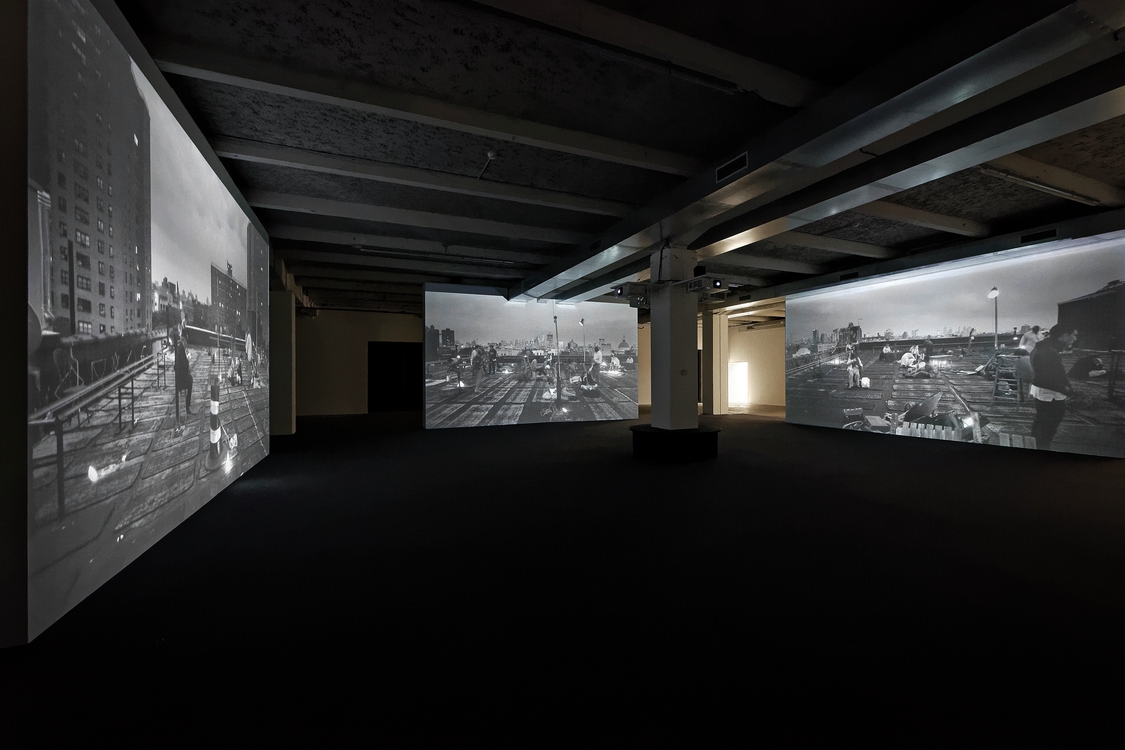 Melik Ohanian’s work Borderland – I Walked a Far Piece is conceived in a marginal, de-territorialised territory, on a floating New York rooftop, lit by a nocturnal bonfire, as a new huis clos. Bordeland is an open stage on which the artist presents characters from Rudolf Wurlitzer’s novel Flats, leaving them to get on with their lives in the present, mingling their travellers’ tales with those of other characters, migrants whom no one wants to take in anymore. Over the course of a single night, when the lights of the electric city seem to have gone out, Melik Ohanian weaves a resonant tapestry of fragmented rhythms, Beat poetry and the nomadic lives of these celestial vagrants.