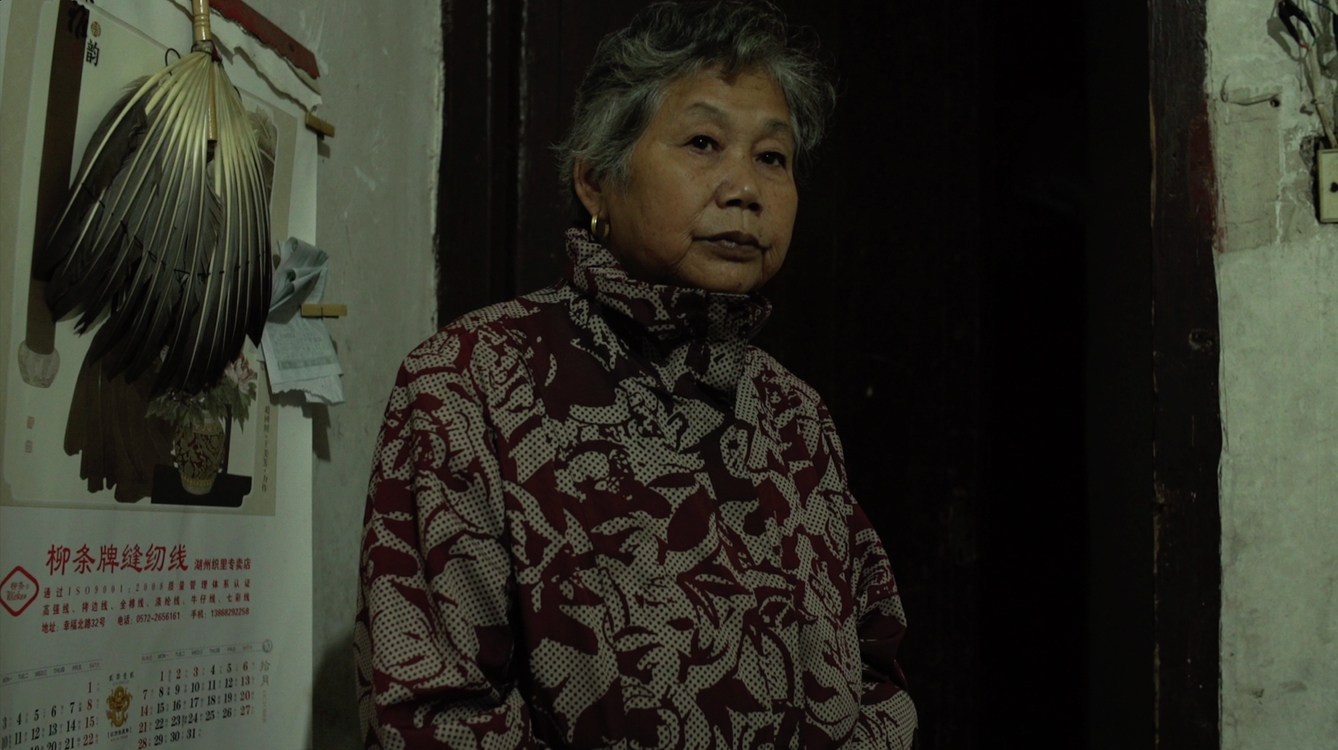 In 2015 I met Fang Xiuying, the mother of a friend of mine. At that time she was still autonomous, but due to Alzheimer’s, she could often not recognise people and sometimes lost her way. Her family members were living and working in another town and could only come to visit occasionally, so her children entrusted her to the care of a neighbour who would come to help her wash, dress and cook and generally look after her. For part of each day, she was confined to her house and not allowed to wander freely outside.

The pure, innocent look in Xiuying’s eyes when she met someone new appealed to me immediately, and a plan to film her began to take shape in my mind. In the area where she lived, economic conditions were changing fast. The young people had gone to work in the towns, and her once-bustling village had become a desolate and lonely dwelling for the old. […]

The screening of Mrs Fang (2018) by Wang Bing will be followed by a conversation with the artist. This event is organized by Silencio.