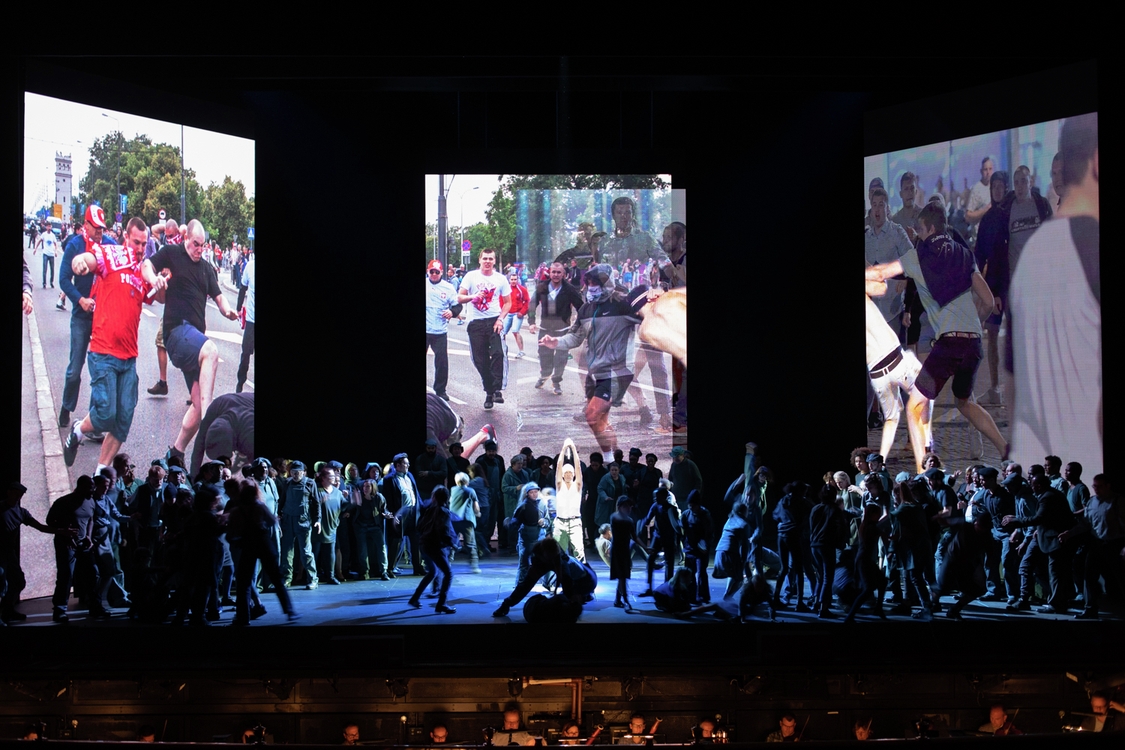 War Requiem is one of the greatest choral works of the twentieth century. Benjamin Britten juxtaposes the anti-war poetry of Wilfred Owen with the timeless ritual of the Latin Requiem Mass. The result is a passionate outcry against man's inhumanity to man. Joining the production team as designer and making his ENO debut is the Turner Prize-winning artist and designer Wolfgang Tillmans. Chien Wen-pin, Artistic Director of National Kaohsiung Center for the Arts (Weiwuying), conducts this new co-production, along with Daniel Kramer's contemporary staging, seeking to examine and process the grief of the incomprehensible loss of life from wars past and present, and offering hope for the future.War Requiem is performed by the three soloists, the full NTSO Orchestra, a chamber orchestra and the combined forces of an 80-strong chorus, a children's choir of 40.