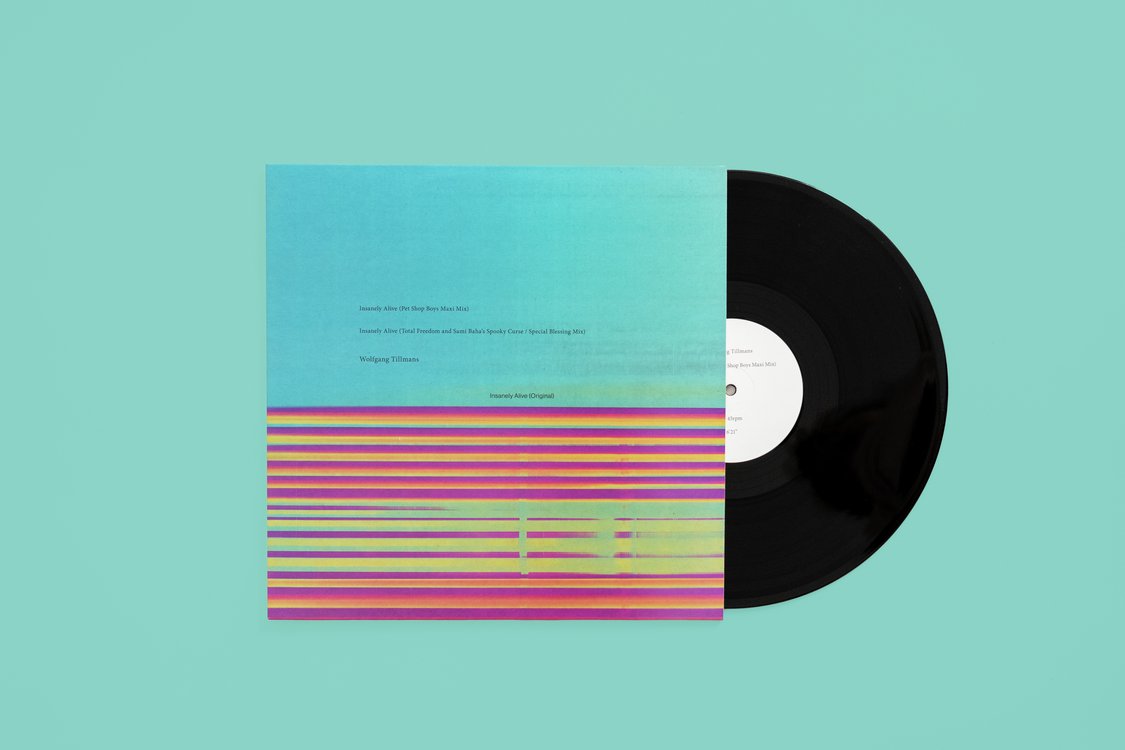 Order
Fresh from the release of his recent debut album Moon in Earthlight, Wolfgang Tillmans drops Insanely Alive with remixes by the legendary Pet Shop Boys alongside producer Total Freedom, in a collaboration with Sami Baha.

Tillmans, a life-long fan of the Pet Shop Boys, directed the music video for their 2002 single Home And Dry, and contributed the cover artwork for the third iteration of their remix series Disco 3.
In 2015, Tillmans met Ashland Mines aka Total Freedom for the first time at Mike Q’s club night at Escuelita in New York. Earlier that year, Tillmans had researched the DJ and producer’s tracks for Playback Room, his sound installation focusing on the sounds of American producers.