The Madre museum presents the first solo show in a public Italian institution devoted to Wade Guyton (Hammond, Indiana, 1972), one of the leading American and international artists of the latest generation. Since the early 2000s, Guyton’s works have explored the state and impact of the production and circulation of digital images, depicting the potential forms they take on as well as delineating the specific sensibilities and original languages they assume in the way they are globally shared. By updating the expressive and cognitive canons that can be traced back to the practices both of Pop and Conceptual Art during the second half of the twentieth century, Guyton employs a seemingly simple procedure in his artistic practice. Using ink jet printers, the artist applies a series of recurrent images, signs or motifs previously processed by programs such as Photoshop or Word to canvas or other materials. A dynamic relationship is created between unexpected superimpositions, mechanical errors and discrepancies during the printing phase, which is implied by the use of these tools and which the artist takes to the limits, challenging their specific functions. This enables Guyton to reveal the contingency of digital technology and to reveal its working codes. The conflicts of digital expression are made visible, leading us to reflect on the conditional nature of its visualisation created through the analog tools of the visual arts.

The works conceived by Guyton specifically for the exhibition at the Madre museum are the outcome of a residency in Naples of the artist and members of his work team. In line with his most recent research, these works are marked by the coexistence of minimal abstract forms, which have been a distinctive and almost constant feature of the artist’s work until his most recent exhibitions, and new figurative motifs that coincide with the deterioration of initially photographic images. These new figurative motifs are generated like bitmap files that have lost their original legibility and logical structure when placed in the chain of reductions or increases in resolution as well as in the transmission between the digital production mechanism and printing on canvas. These works reveal the intensified interaction between the primary elements of Guyton’s artistic research itself, based on the acquisition – using mobile phones, digital cameras, screenshots or scanners – of instantaneous images or reproductions from printed materials processed by software programs before being brought back to a print format on analog supports.

In these works, however, the equilibrium between representation and abstraction becomes precarious, oscillating
between photography and painting, with their respective representational codes. The aim seems indeed to transform them into embryonic and hybrid icons, into palimpsests of the contemporary digital episteme. Produced in almost real time by the artist and his team while the exhibition was being mounted, these works express the potential and contradictions of contemporary digital visual language – in which abstraction and representation, the daily chronicle and suspension of time, identity and reproducibility, singularity and multiplicity overlap. They document the expansion and diversification of the ways in which digital language shapes our knowledge of reality, like the statutes of reality itself – which have become ephemeral, hypothetical, artificial and merely virtual.

An example is the recording of the home page of the newspaper “Il Mattino” in which the graphic templates and
corporate identities of advertisements of global companies like Amazon, Euronics or McDonald’s stand out against the images of the day’s news (documenting the microseismic activities in the Campi Flegrei) and a reference to football. In this image, Guyton seems to be “appropriating” and referring to the practice of an artist like Andy Warhol – albeit indirectly and using the new digital languages and sensibilities of a post-ideological society. In particular, he seems to be alluding to the iconic triptych Fate Presto in which Warhol reproduced the page of “Il Mattino” of 26 November 1980, a fledgling version of the project Terrae Motus, then in its earliest stages.

Arranged by the artist within the third floor of Madre, these works transform the solidity and the authority of the museum space into a welcoming place of daily work, a malleable and rewritable architectural loop. The exhibition interconnects with architecture according to the rhythmic series of paintings and work tools (tables, furniture) that are reconceived by the artist and his team into devices for the exhibition itself. Like the transformation of the rooms of the museum into a workshop, which temporarily replaces his studio in New York, the residency of the artist and his team in Naples becomes the conceptual blueprint of a critical and (self-) analytical space-time framework. This is Guyton’s setting for creating this new group of works in real time; he defines the practical conditions of work and the technological resources required to gain access to the sources of information and, therefore, of representation and production. In this way, Guyton reinterprets both the classic art-historical theme of the “studio” and the possible reference to the tradition of the Grand Tour. This also could explain the ironic and selfironic plural title of the exhibition, SIAMO ARRIVATI (“WE’VE ARRIVED“), which is taken from the slogan used by McDonald’s to announce the recent opening of its restaurants in Naples.

One could think of Guyton’s residency and exhibition in Naples as a potential allegory of the contemporary digital and global inter- and hyper-connection, and that he performs the possible outcomes by making a comparison with the history of a city situated at the center of the Mediterranean and therefore immersed, in itself, in thousands of layers of social, economic, political and cultural interconnections. 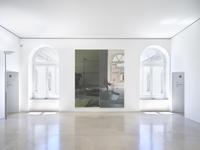 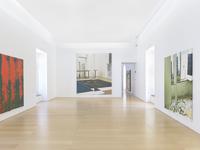 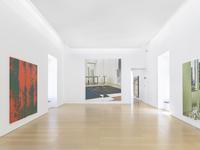 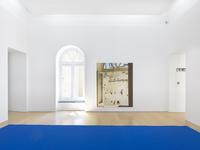 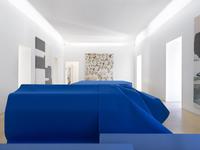 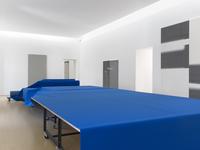 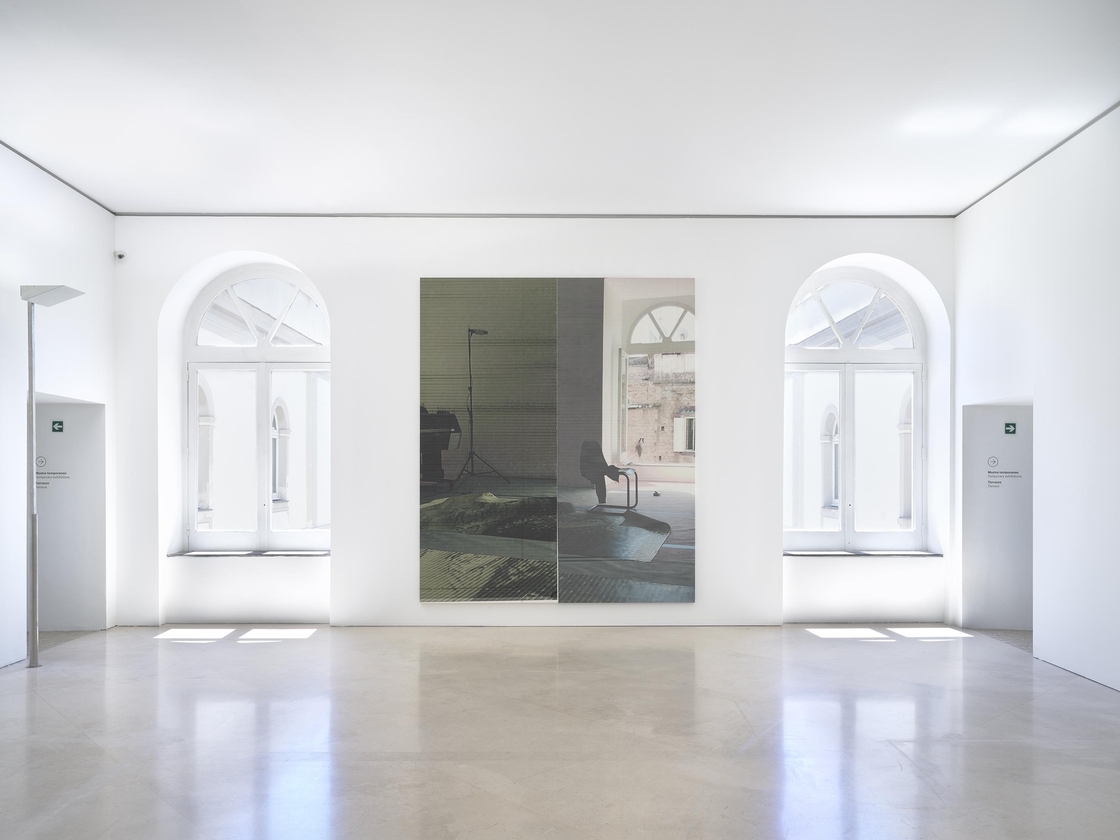 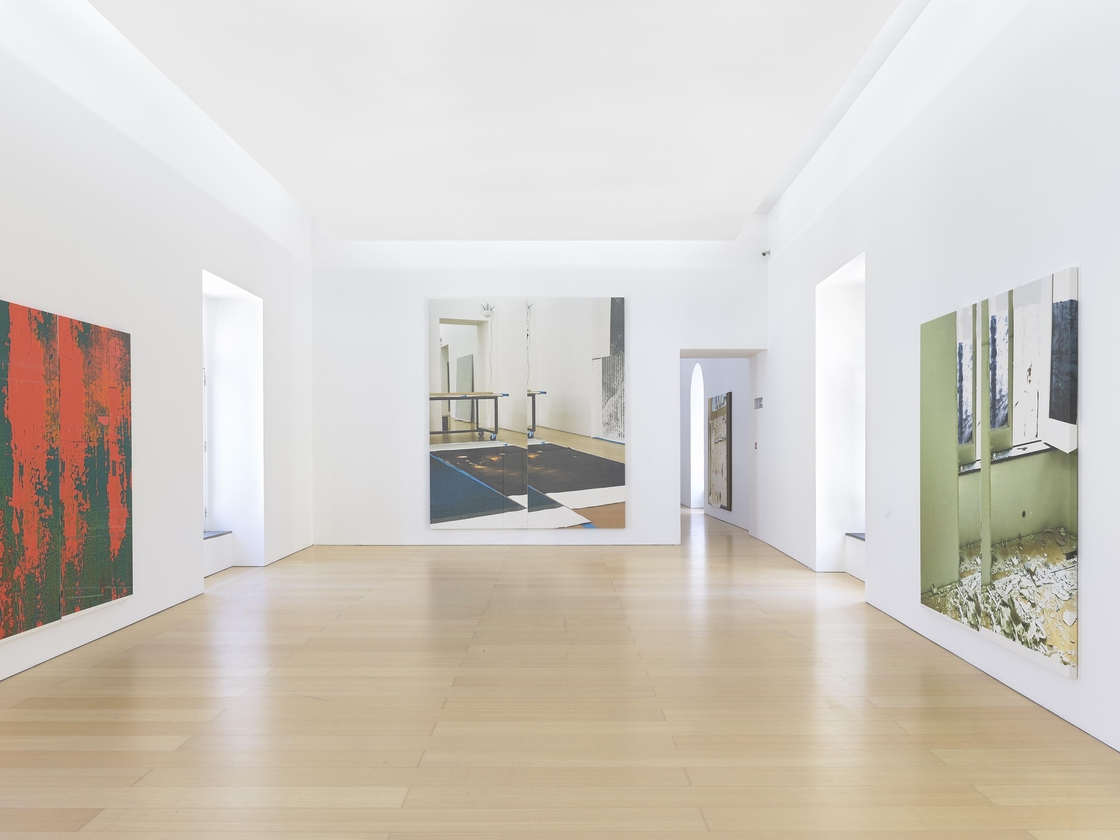 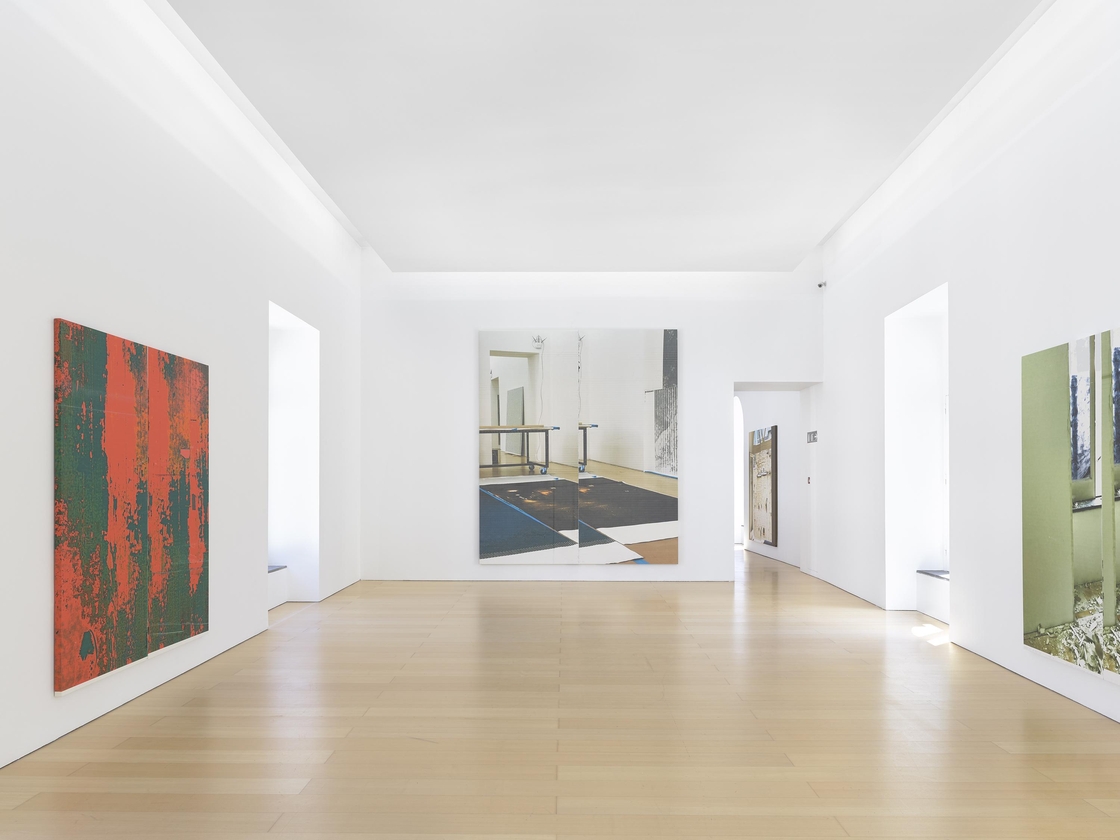 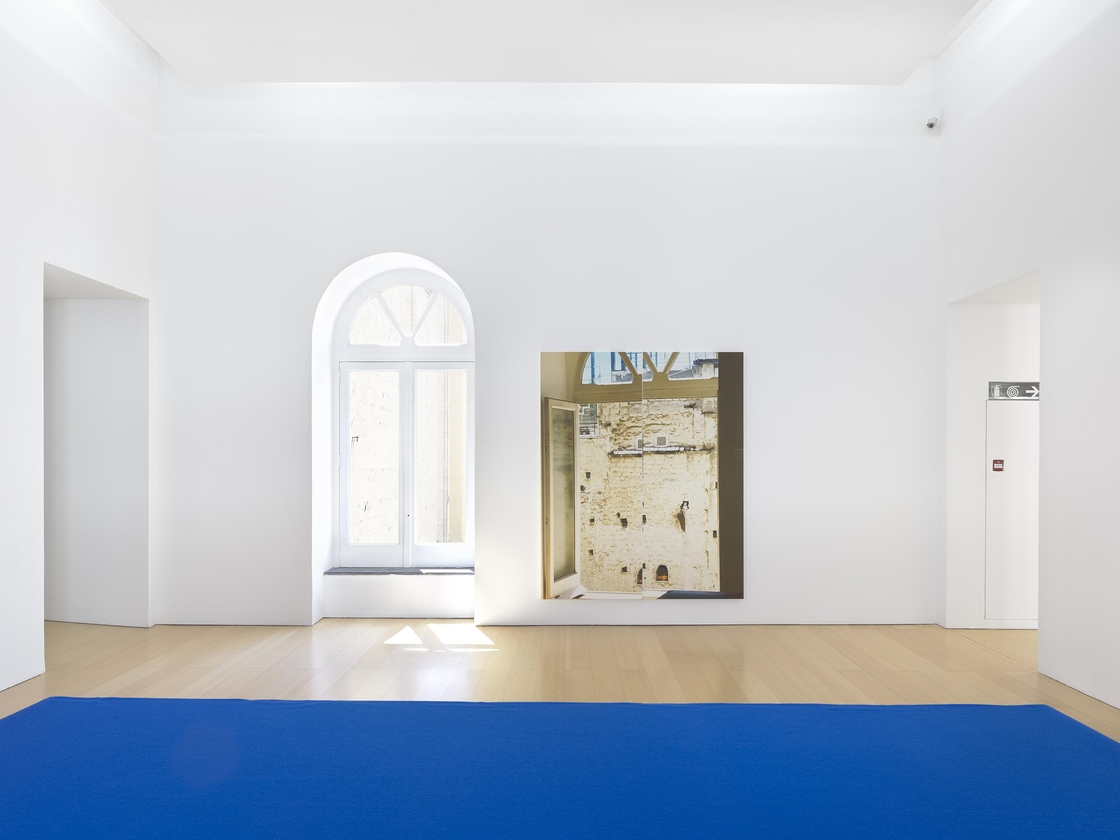 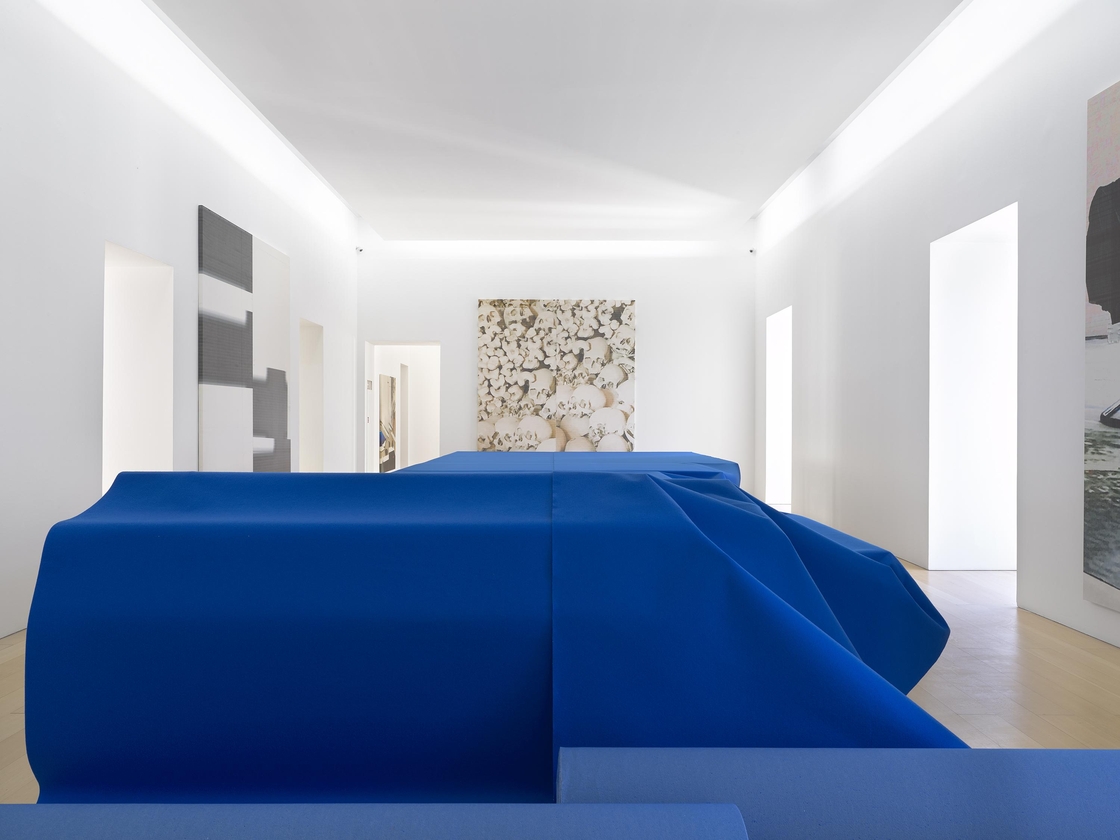 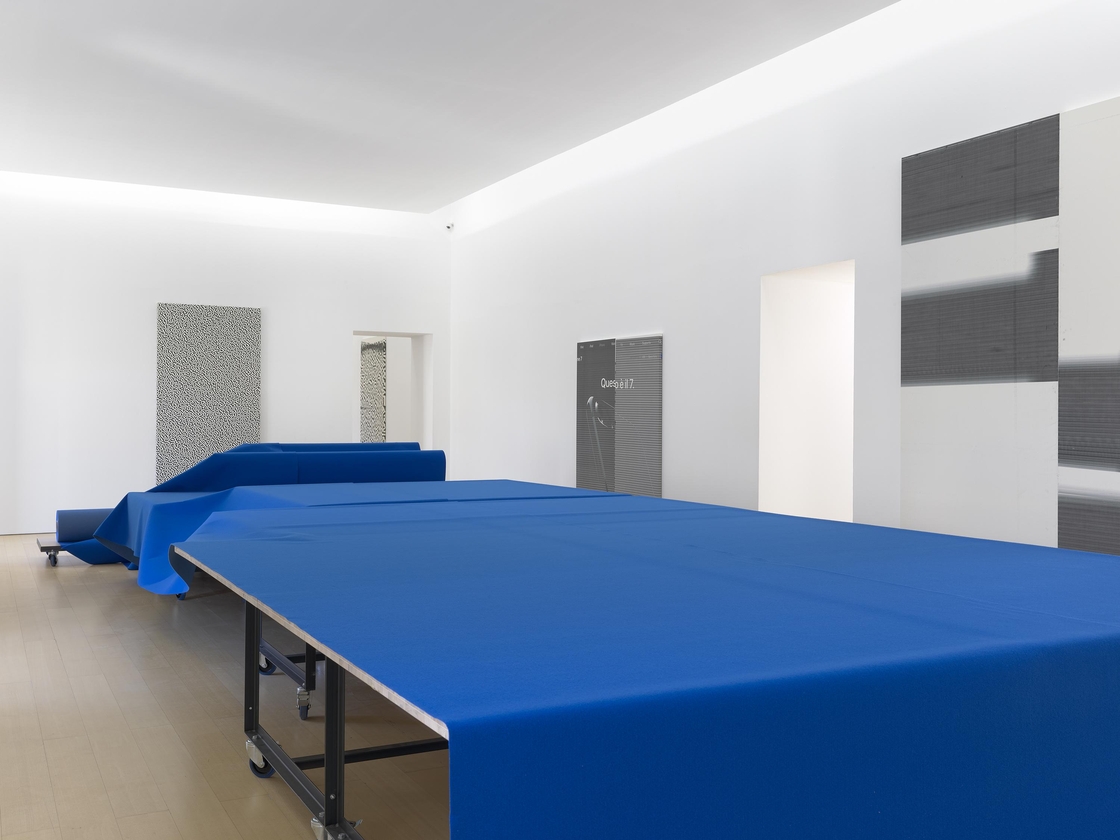 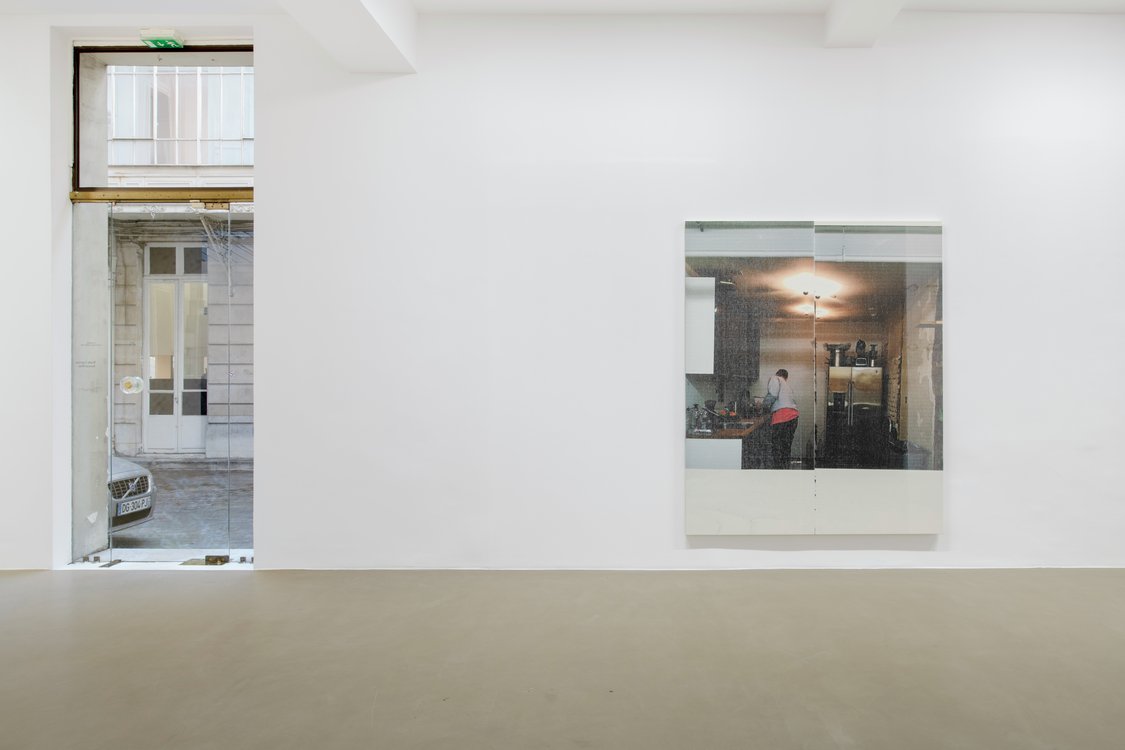