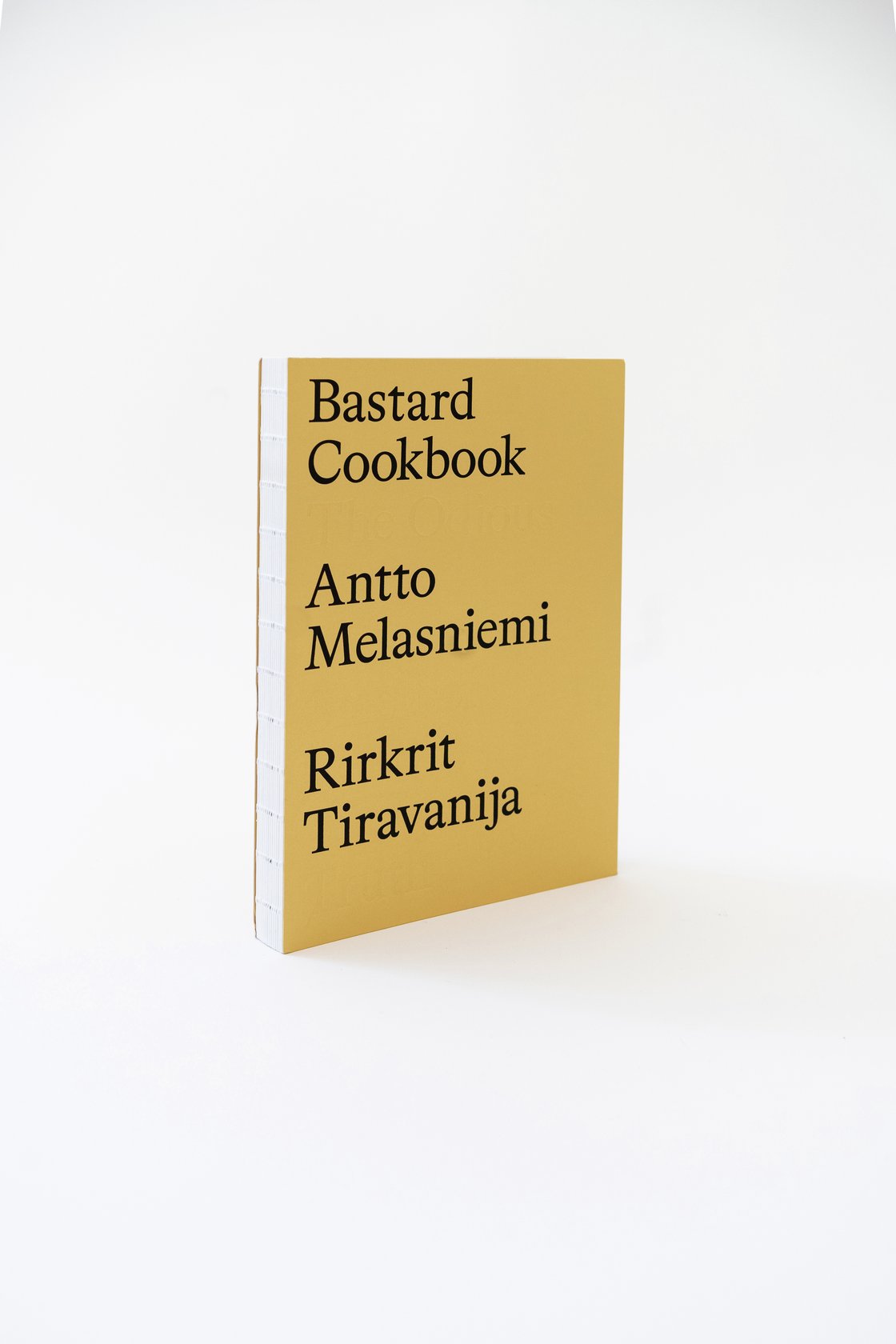 After years of making food together in gallery settings and art institutions around the world, ‘bastard brothers’ Rirkrit Tiravanija and Antto Melasniemi release their first collaborative cookbook. The Bastard Cookbook, co-published by Garret Publications and the Finnish Cultural Institute in New York, brings together new texts from scholars and journalists in food studies, interviews with the chefs and fifty or so odd recipes. The dishes and their ingredients are illustrated by photographer Janne Tuunanen as he follows the bastards on a culinary adventure from a fish sauce farm in Thailand to the Archipelago of Finland.

The Bastard Cookbook offers a range of bastardized recipes that are both delectable and truly incongruous. The starting point for many dishes, such as Fish Sauce Ice Cream, Panang Curry Pizza and “Kind of Nordic Khao Soi Soup”, are traditional ingredients and techniques. Through their unabashed, un-precious and unapologetic approach to cooking, the chefs put on a show, and remind us that culture is a process.

A mix of intermittent texts and interviews open up the topics of hospitality and cosmopolitan thinking. Contributing writer Krishnendu Ray, editor of the critical food journal Gastronomica and Chair of the Food Studies Program at New York University, reflects on the idea of ‘bastard cooking’ through the lens of domestic labor. While Sara Kay, Lola Kramer and Pauliina Siniauer each contribute with texts that are distinctly journalistic in flavour.