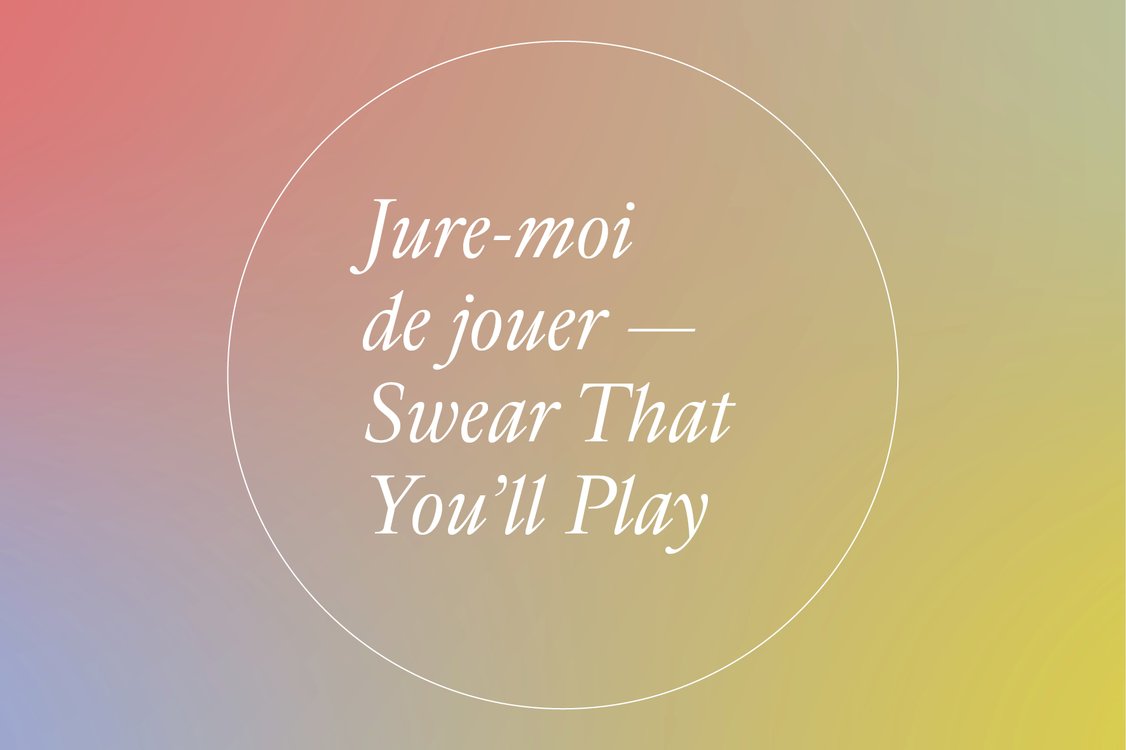 Galerie Chantal Crousel is pleased to announce the launch of its podcast series Swear That You’ll Play, a follow-up to the eponymous publication celebrating the gallery’s 40th anniversary’s released last year.

Each episode of the series is built around a conversation between Chantal Crousel, Niklas Svennung and one of the artists of the gallery, or a travelling companion – such as a writer, a curator, or a collector. Over the course of the series, the podcasts bring forth a rarely heard oral history of Galerie Chantal Crousel and help illuminate the work and role of an art gallery, the singularity of its relationship to artists and to the public. Swear That You’ll Play tells the story of a profession driven by encounters, strong beliefs and commitments, which is lived as a collective adventure that is as much artistic, as it is intellectual and political.

Rirkrit Tiravanija, Thomas Hirschhorn, Oscar Tuazon, Tarek Atoui and Danh Vo are the first guests of this series of conversations, which were recorded and moderated by French writer Thomas Boutoux. The four episodes are available on the gallery's website and on all podcast platforms. To listen just press "PLAY" !

In this episode, Chantal Crousel and Niklas Svennung discuss with Tarek Atoui and Danh Vo, who had turned their respective invitations to show at the gallery into a collaboration that was unexpected yet completely organic. In the joyful atmosphere of the hours that preceded the opening of their exhibition, the two accomplices dwell on the importance of sustaining curiosity, humility, and the art of learning from others. Podcast in English.

In this episode, Chantal Crousel and Niklas Svennung meet with Oscar Tuazon to discuss the projects undertaken by the Seattle-born artist not only within the gallery’s premises, but mostly outside, in woods, deserts, along rivers and on protest camps. Podcast in English.

In this episode, Chantal Crousel and Niklas Svennung discuss with Swiss artist Thomas Hirschhorn, and the three of them remember in vivid details the scenes and the stakes of their first encounters, which lead to a richly storied collaboration that spans almost three decades now. Podcast in French.

In this episode, Chantal Crousel and Niklas Svennung meet with Thai artist Rirkrit Tiravanija, and together, they retrace the history of a collaboration which began 25 years ago, in the early nineties, around a cup of coffee, in NYC. For an hour, they discuss among things the crucial role of friendship, conversation and hospitality in the life of the artist, the lasting influence of Absalon, and jumping on boats to find inspiration for an exhibition. Podcast in English.