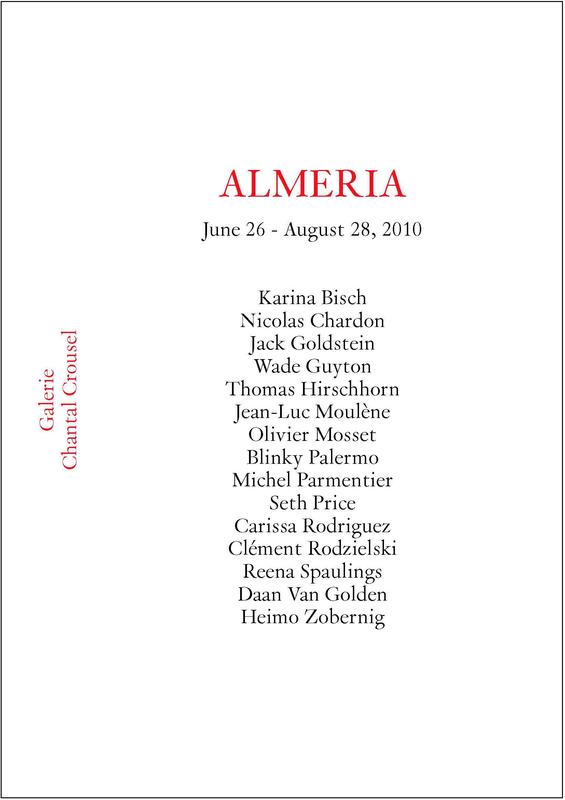 The exhibition Almeria is curated by Nicolas Chardon, Julien Fronsacq, Niklas Svennung and named after a city in southern Spain where a number of notorious “spaghetti” westerns were filmed due to its peculiar resemblance to the American West.

It brings together various generations of artists who have all approached the pictorial conventions in an “oblique” manner. Each work engages the viewer to reconsider the nomenclature with which we are taught to aprehend surface, perspective, colour.

The grid and its derivatives, acting as protocoles, are intensely brought into question.