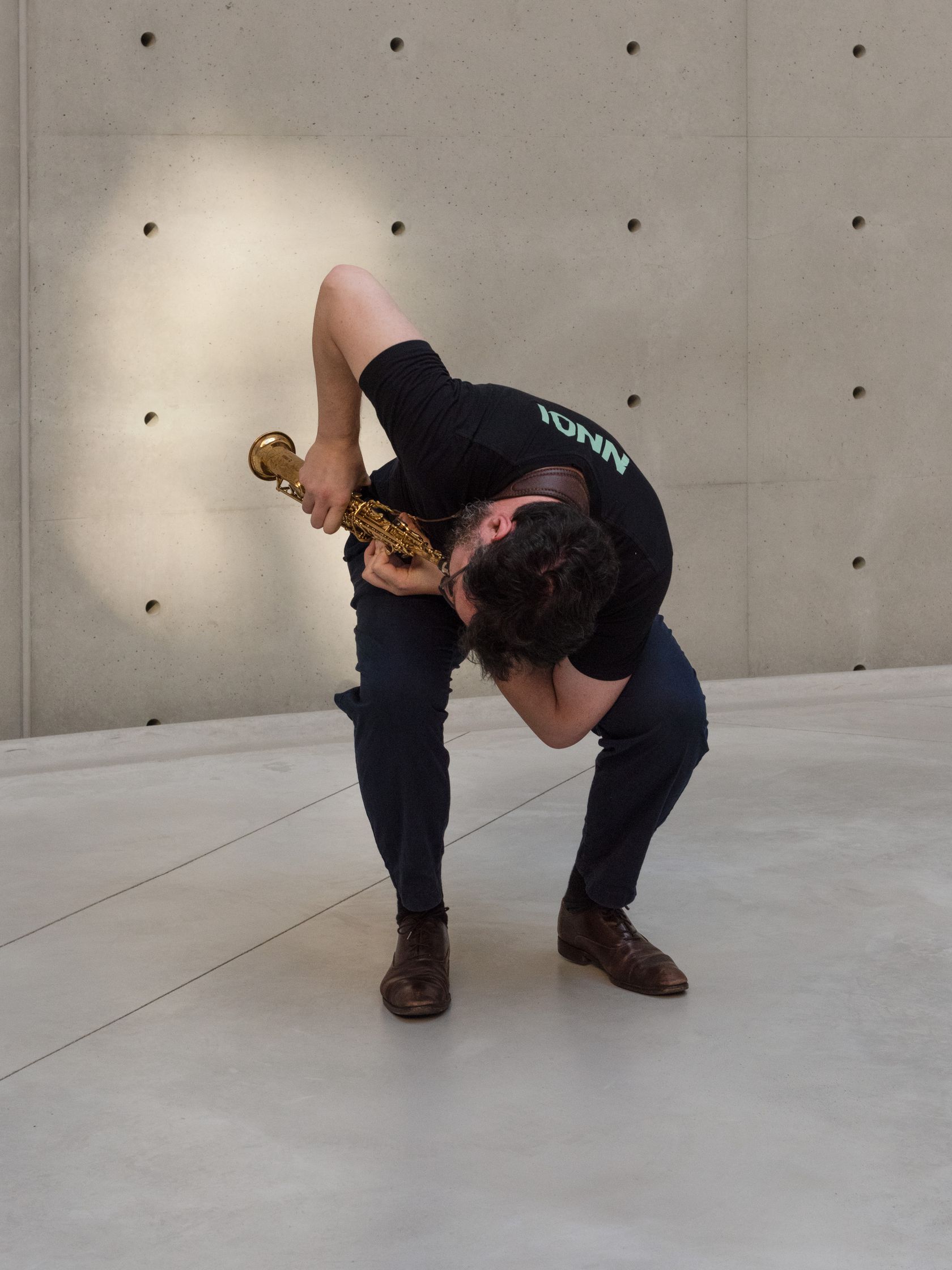 In resonance with Anri Sala’s work Time No Longer (2021), the Bourse de Commerce is featuring a series of daily performances by saxophonist André Vida. The performances will take place in the Rotunda at random hours.

André Vida will appear in the Rotunda and play in a duet with the film’s soundtrack, with his own ghost, jerkily pivoting on himself, a reflection of the spinning of the vinyl disc of Quatuor pour la fin du temps in space.