Reena Spaulings: HER AND NO 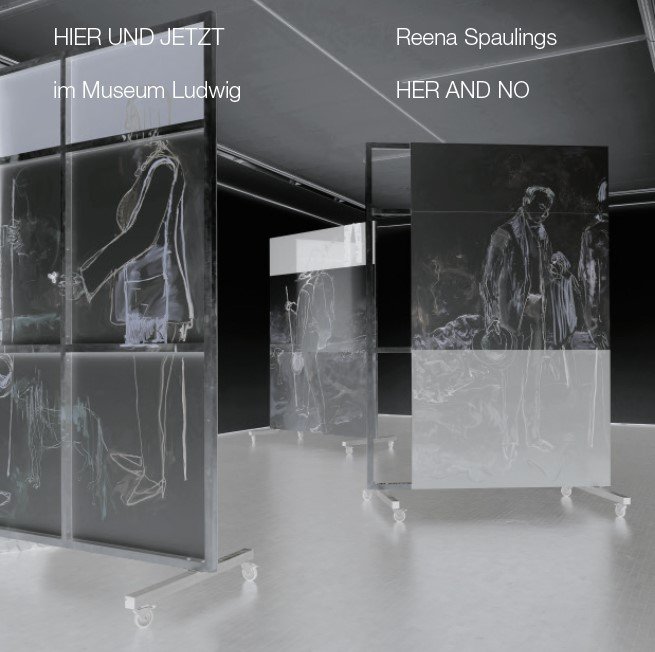 Who is Reena Spaulings? Since 2004 the name has stood for various collective artistic activities. Initially Reena Spaulings was the title of a novel. Around the same time, a gallery space in New York was founded, which since then has represented artists such as Merlin Carpenter, Jutta Koether, Claire Fontaine, and Klara Lidén. Also in 2004, an artist collective was formed that operates under the name of the fictional artist Reena Spaulings, creating collective paintings that are both reflective of the system and selfdeprecating. This comprehensive catalogue is the very first Reena Spaulings publication, including a richly illustrated chronology of the collective's former work.

Co-published by the Museum Ludwig and Verlag der Buchhandlung Walther König on the occasion of the exhibition Reena Spaulings. HER AND NO within the program series HERE AND NOW at Mu­se­um Lud­wig (June 3 - August 27, 2017).
Texts by Yilmaz Dziewor, Anna Czerlitzki, Simon Baier, Claire Fontaine, and Caroline Busta.
Bilingual: German and English
Softcover with flap, 23 x 23 cm, 280 pp. (285 color illus.)
ISBN: 978-3-96098-468-9