At the very beginning, there is earth, water and fire. Then comes air, colorless, invisible to all senses, subtle alliance between fire and light, and direct environment to the celestial sphere sheltering us. For Aristotle, aether is an etheric body, more ethereal than air and denser than matter: the quintessence of universe at its climax. Mythological God in Antique Greece and master of the stellar forces and their brightness, Aether—whilst constantly in motion—is pure and “all its beings are divine.”1

If this echoing whirlwind has, over the years, raised so many hypotheses, as extraordinary and dialectical as they can be, aether has, in fact, become a phenomenon, which escapes us, and is deprived of any evidence of a terrestrial residual. Subtle medium in constant propagation, aether is at the origin of fundamental theories, which emerged between the 18th and 20th centuries. Newton’s theory of gravitation supported it, whereas others, such as Einstein’s, refuted it, which led to a redefinition of Aether and its purpose in our universe.

The 5th element is at the centre of all discourses, all scientific discoveries or even legends, but its limits in History remain fictional and aether is “constantly faced with impossibilities, lacunae, and loss-of-words.”2

The Ether exhibition explores its own mutations and its tales, through the illusion of a parallel world, a space of communion between the four elements. Fragment of a sublimated reality, Pierre Huyghe, Tarek Atoui, and Roberto Cuoghi unveil at first, the many small and secret lives. Then comes the terrestrial cap, the salt journey from Northern Mali, and the work of rough and translucent matter, with Melik Ohanian, Wolfgang Laib, Gabriel Orozco, Marcel Broodthaers, Zheng Guogu and finally, Jean-Luc Moulène.

José María Sicilia, Robert Filiou, David Douard, Moshe Ninio and Danh Võ examine the elements of the surface, where nature, as fragile and elusive as it can be, is reduced to nothing. At last, and with boldness and simplicity, Yves Klein, Wade Guyton and the duo Jennifer Allora & Guillermo Calzadilla transgress the boundaries of what is apparent, “light is emitted, reflected, refracted, inflected, and heats bodies.”3 Out of reach, Wifredo Lam, and Wolfgang Tillmans enlighten us on what matters, the untouchable: the heavenly bodies. 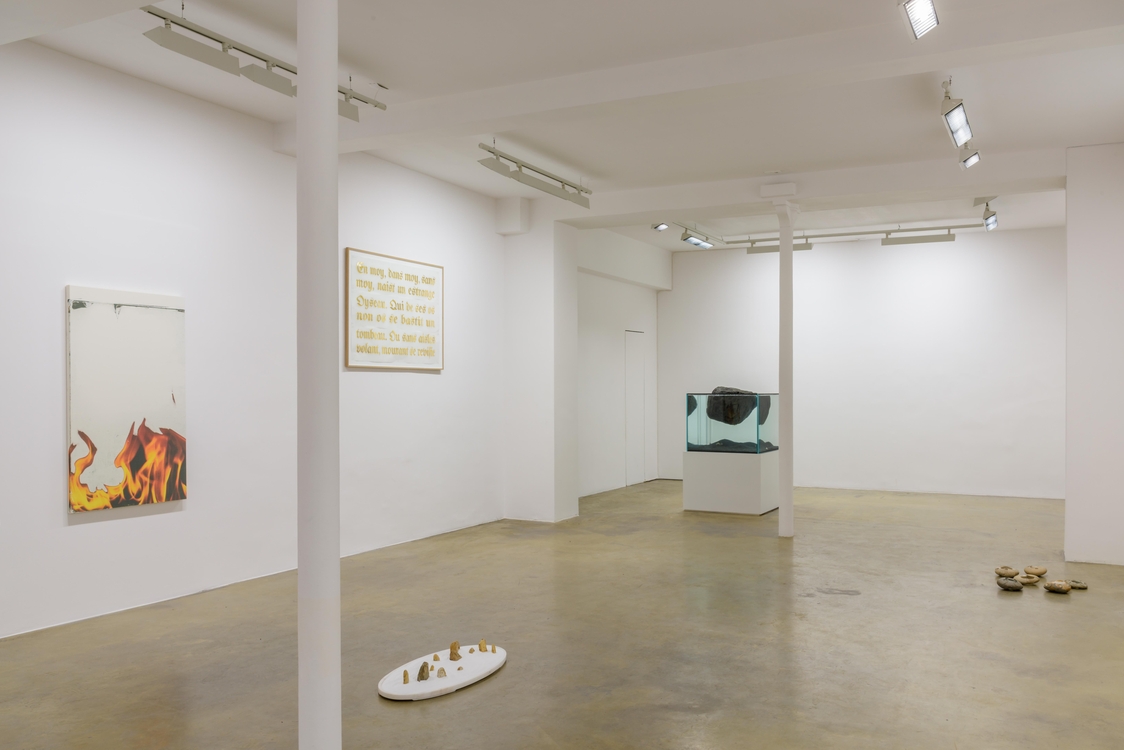 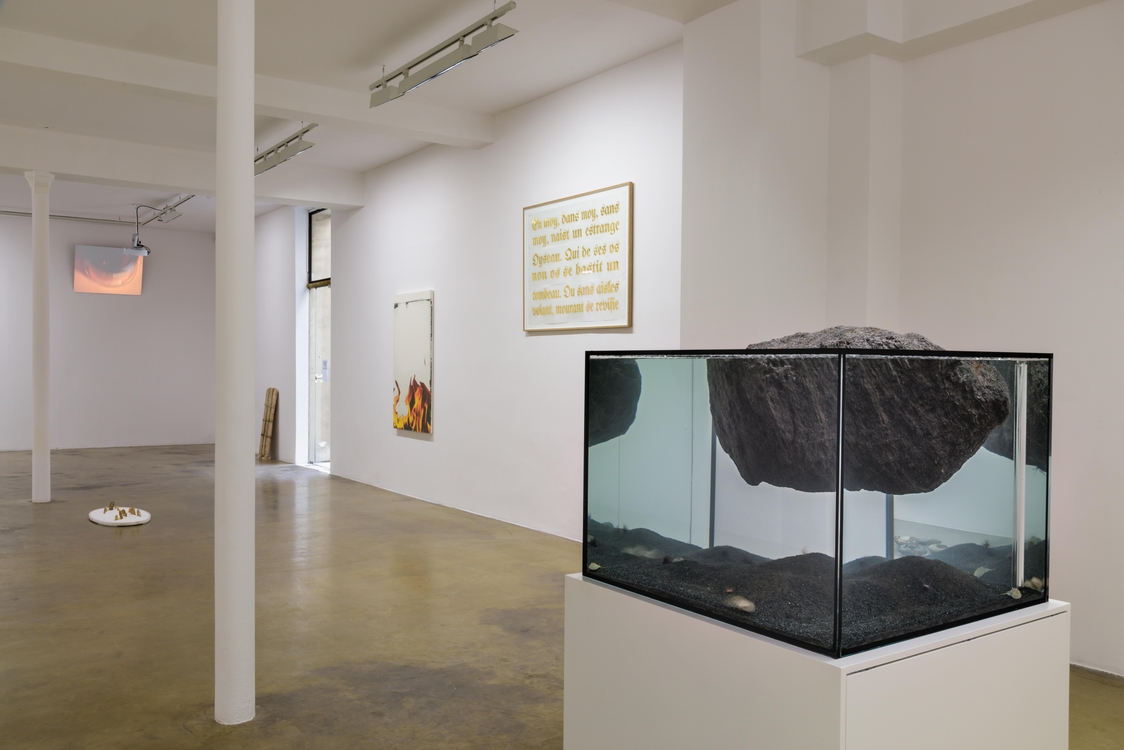 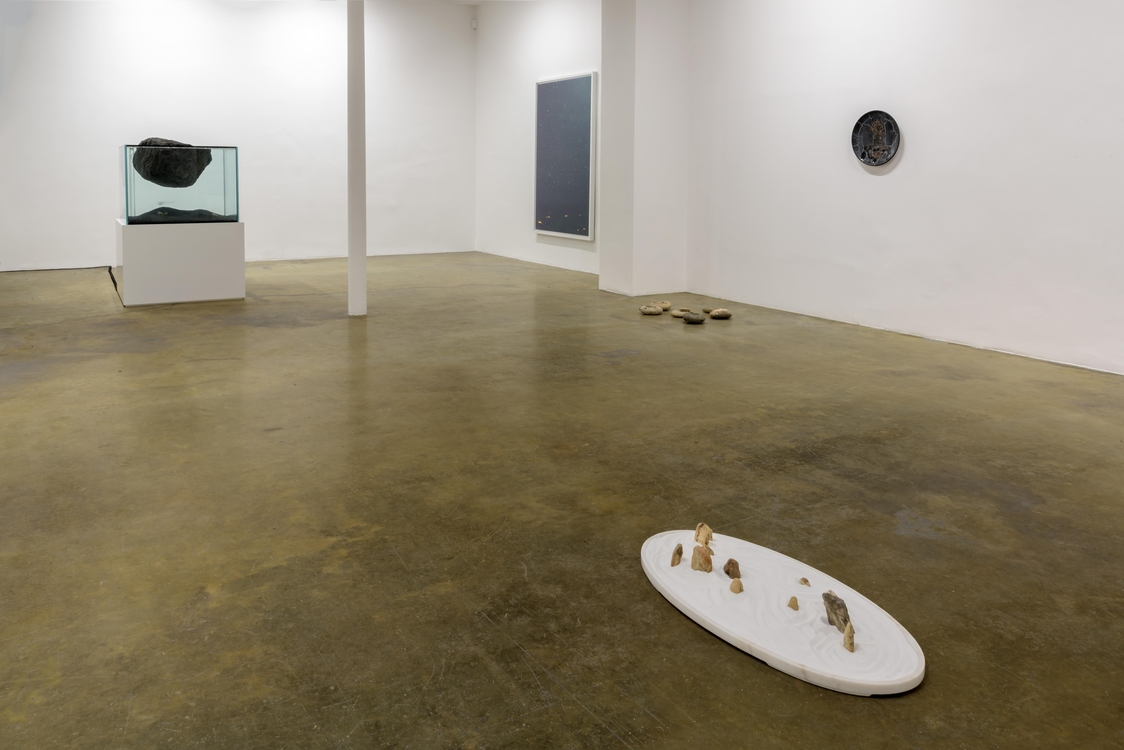 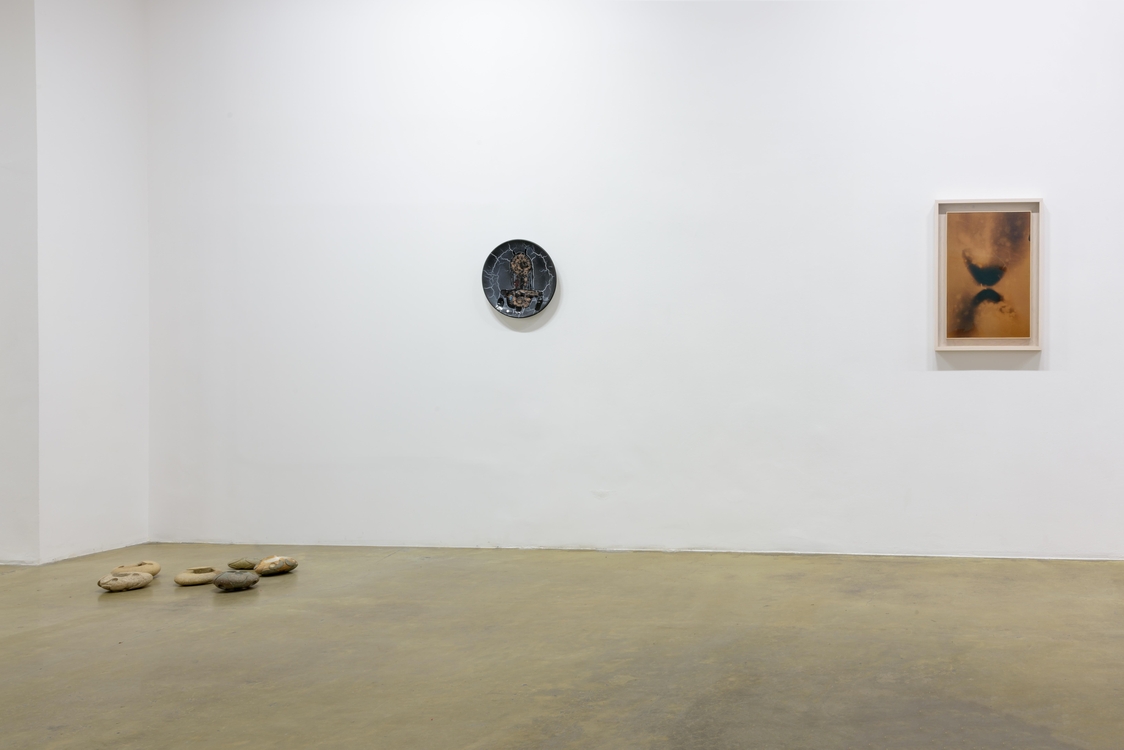