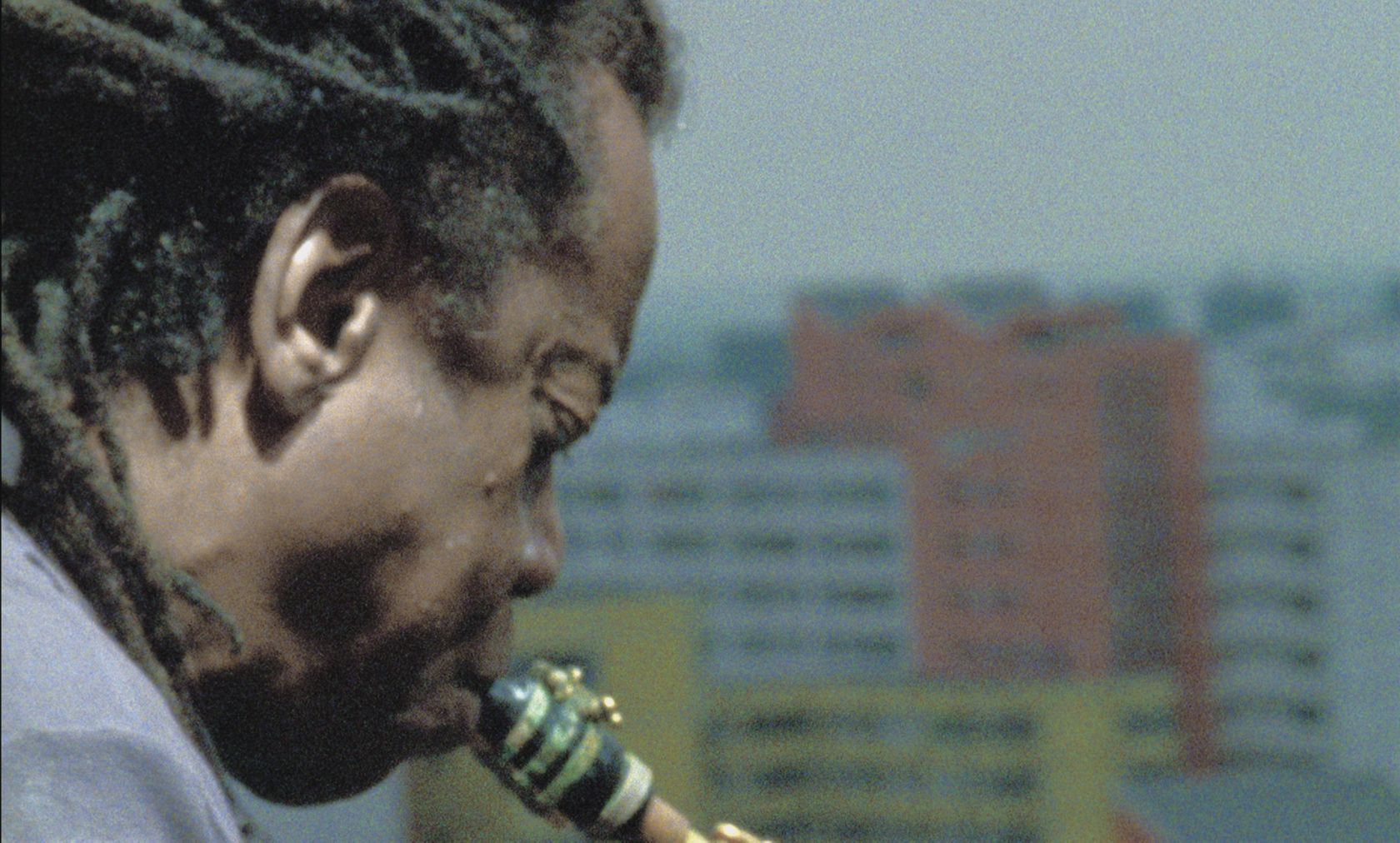 Jemeel Moondoc in Long Sorrow (2005) by Anri Sala. Courtesy of the artist.

Long Sorrow is a film in which free jazz saxophonist Jemeel Moondoc (1946-2021) engages in a lengthy improvisation, suspended from the 18th floor of an uninhabited apartment in a Berlin building. He is barely visible, but one can perceive the effort in his cheeks and the furrowing of his brows as they produce the notes of his music.