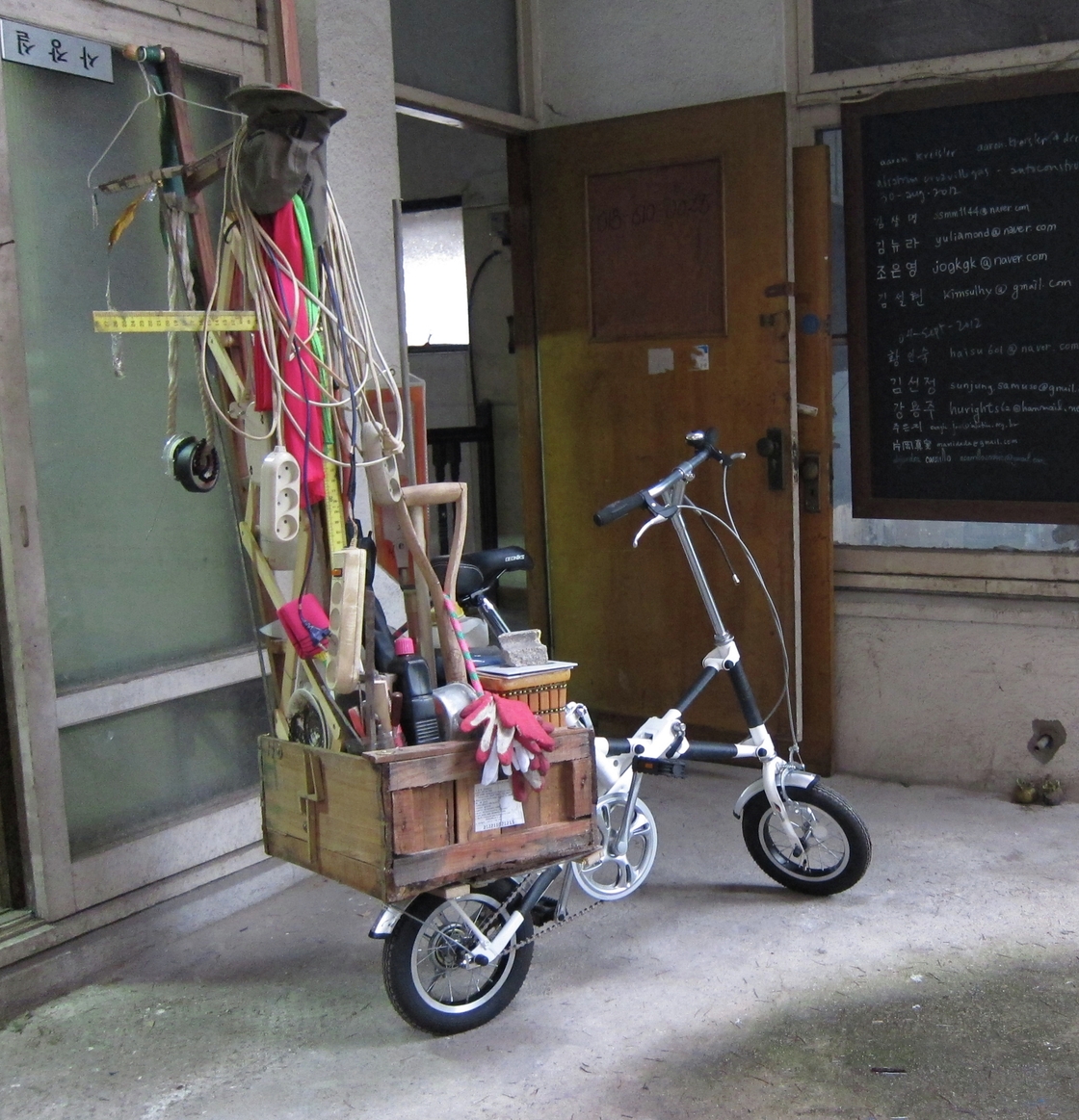 The democratizing movement from May 1980 was a central point of discussion, along with the long term colonizing of Korea, the high development of its economy, Confucianism, Cold War, education and globalization, as constant subject matters.  These 'Advice' meetings took place at the house two days a week, during which all discussions were documented with photo and/or video, as well as the sculptures I made, and many details of the house as it was when I arrived. All these images, and words will be together in a book to be published after the biennial finishes.  The works made during the residency remained in exhibition at the house during the time of the show, as new modifications, new arrangements, new inhabitants and parasites there."