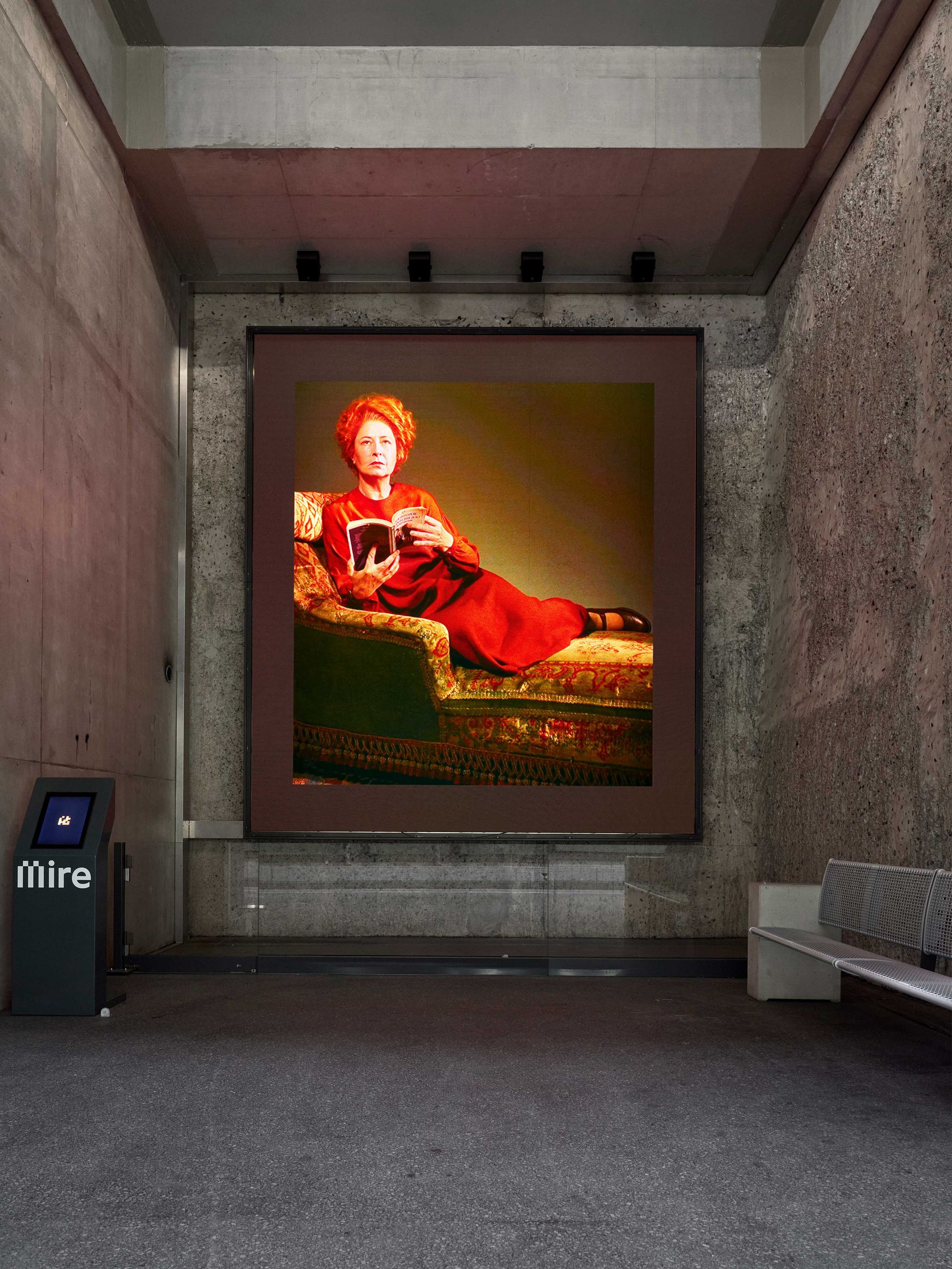 Foxyne, a new "apparition" by the artist Dominique Gonzalez-Foerster is presented at the Chêne-Bourg train station in Geneva as part of the Mire program produced by the Fonds Cantonal d'art contemporain de Genève.

Taking as a starting point Lady into Fox, a novel by David Garnett written in 1922, Dominique Gonzalez-Foerster offers to follow a singular transformation in several sequences. The text relates the story of a woman who transforms herself into a fox. Despite the efforts of those around her, she gradually joins the wild world and takes on all the dangers inherent in it.

The artist presents herself to us in a 1920's atmosphere. In a tale in several animated tableaux, a kind of fiction put in abyme, gradually metamorphoses itself. The music, the cyclical and mysterious words that underlie the image, the colors and the fabrics that envelop the artist's body, everything participates in the desire to deepen the themes of the being in transition. Of the edge between human and animal, of the incarnation and the enigma as the foundation of existence. A new "appearance" of the artist and a captivating work that will resonate for a long time in the minds of those who listen and take the time to enter the intimate space built by the artist.