From 7 December 2019 to 9 February 2020, the Kestner Gesellschaft presents a comprehensive solo exhibition by the artist Hassan Khan (*1975 in London, lives and works in Berlin and Cairo) in the lower exhibition halls. Hassan Khan is an artist, musician and writer who is known for his broad and diverse artistic practice that includes music, performance, photography and film, sculpture, installation and text. Khan’s work partially deals with the precepts, gaps and energies that lie at the core of how a sense of self as well as a collective social order are formed. It engages with both familiar, shared conditions as well as elusive and undisclosed content to produce forms that excite the imagination, raise fundamental questions, channel simmering undercurrents, seduce and alienate, engage with expectations, pose mysteries as well as help re-articulate our experiences with the shifting structures of power.

Khan’s exhibition at the Kestner Gesellschaft is, like many of the artist’s exhibitions, an associative system. It brings together works based on a present yet sometimes invisible thread. These works are diverse in form, medium and date of production. They are also informed by and suggest radically different registers sometimes within single works; the violent undercurrents of mass action as well as the joy and promise of collective power, the seemingly innocent gestures of a cute dance and the primordial act of self-possession that allows consciousness to operate.

Other material included span computer generated images, 2D illustrations, altered power boxes, and a programmed light piece produced in part  between 1997 and 2019 including two new pieces for the exhibition. The highly stylized performances of actors teetering on the brink of complete loss of control in Host (2007),the brutal haunting computer-generated imagery and eerie algorithmic logic of 2013 (2019) as well as the grotesquerie of the large stuffed creatures are all driven by an intense interest in sublimating real conditions into something that is viscerally generative and surprising. Thus together they form a network of choreographed forms, humorous punctuations, rigorous conceptualism and its dissolution, and a very real attempt to find a way to grasp the conditions we produce and live with. 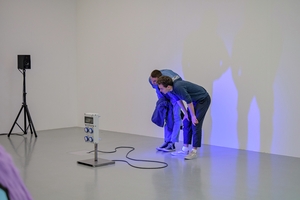 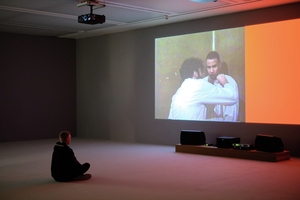 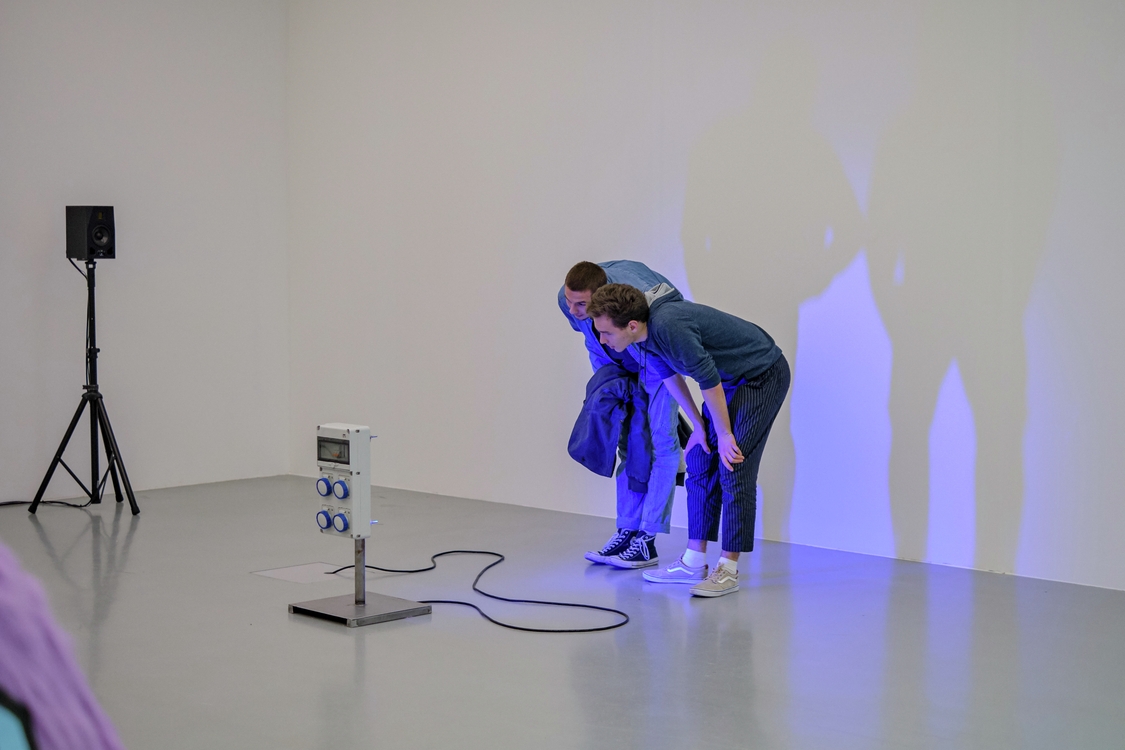 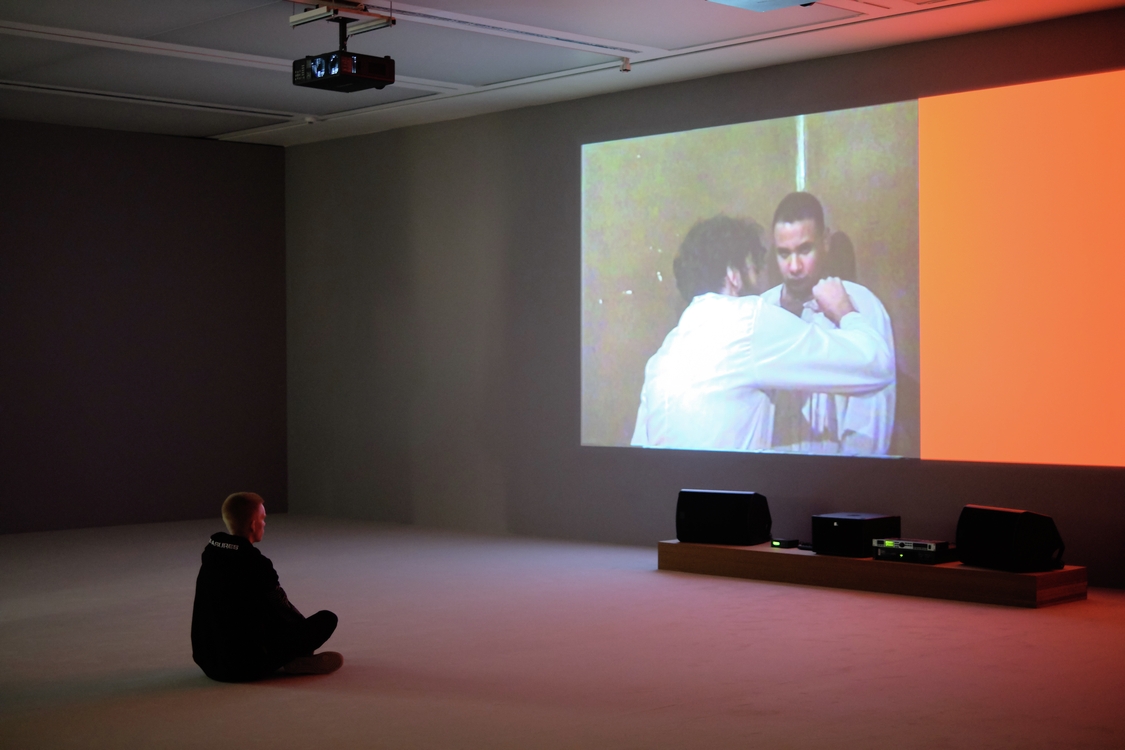 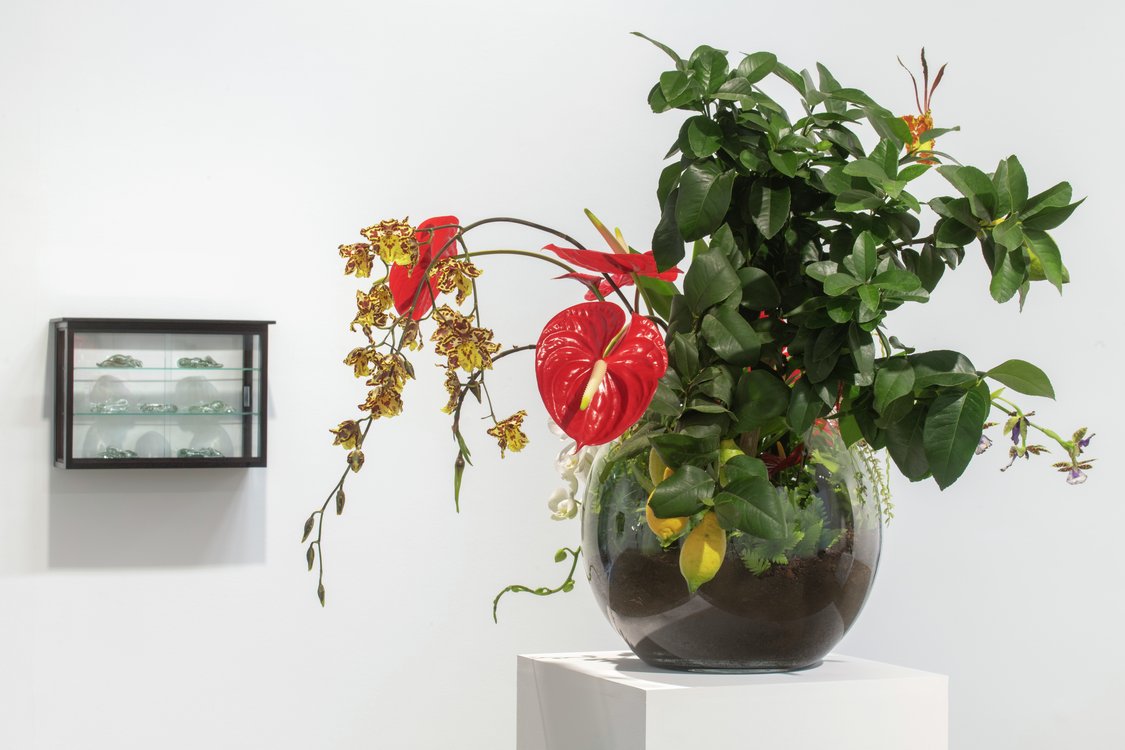