Michael Krebber (*1954 in Cologne, lives in New York) has been leading a double life as a rumor for many years. Therefore, his art can hardly be separated from what is said, purported, or speculated about it. People are constantly talking about the works of this painter, who like almost no other embodies the figure of the artist’s artist. The 62-year-old is an important point of reference for numerous artists in the United States and Europe. While little known to the general public, each move by Krebber, who repeatedly sheds his skin, is endlessly negotiated in the art world.
The Living Wedge, a survey exhibition in cooperation with the Museu de Arte Contemporânea de Serralves in Porto, presents Krebber foremost as a painter. The show thus marks the culminating point of Kunsthalle Bern’s program fathoming the meaning of an expanded understanding of painting for the present and future of art.
Michael Krebber’s work is often said to be painting about painting, meaning that in and with his pictures the artist reflects on frames, spaces, borders and their references. His paintings open up the gap between arbitrariness and the point at which something works “only in this way and no other way.” This gap is where The Living Wedge operates. But the movement of the wedge is also necessitated by the circumstances. Krebber always keeps in mind art’s entire set of rules. He adheres to the form, even when turning it upside down. The ascription “painting,” however, says very little. What is more exciting is the figure of the dandy, which plays a recurring role with Krebber. The dandy does not pander to anything, he cannot be defined, he acts in a controlled manner, while remaining unpredictable. The artist’s means, his lines and spots, are usually sparse and expansive at the same time. He succeeds in achieving the maximum with the least effort.
For Krebber’s artistic movements, the word “hesitating” has often been used. The artist plays with deferral and in doing so gambles for the highest stakes. Something is delayed, shimmers in provisionality and indeterminacy, so that a space of expectation can unfold. At issue is the question of what “can be perceived as form in the first place, between all the possibilities.” (Helmut Draxler). 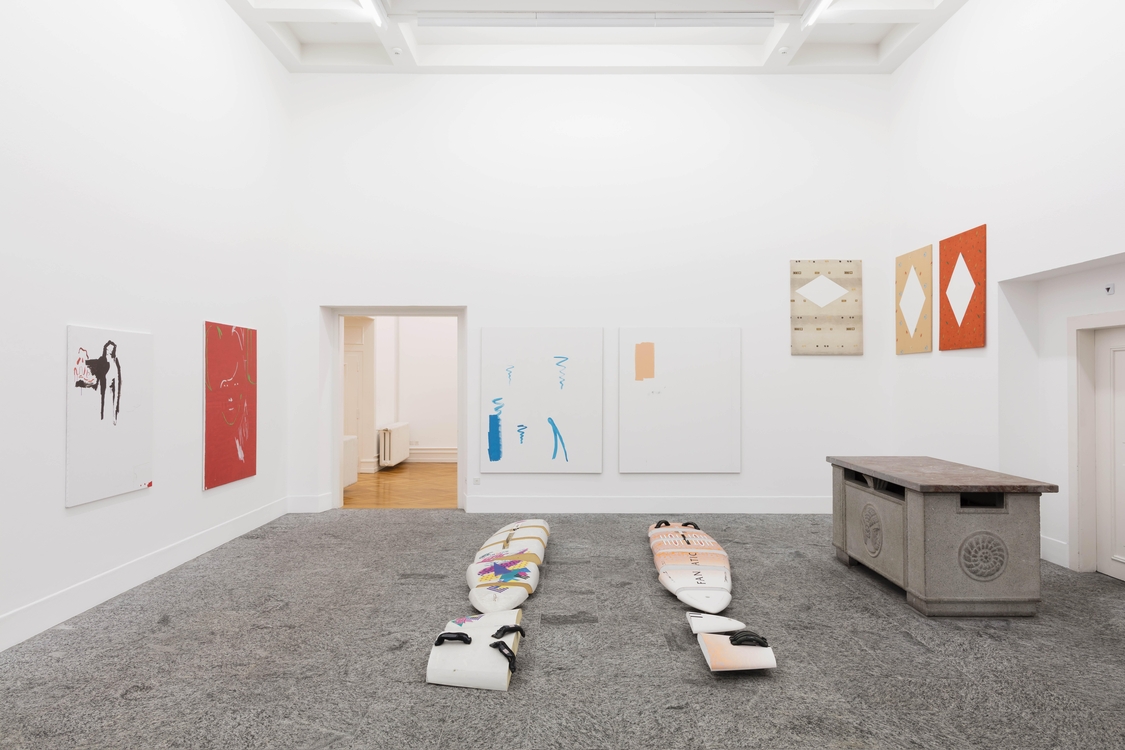 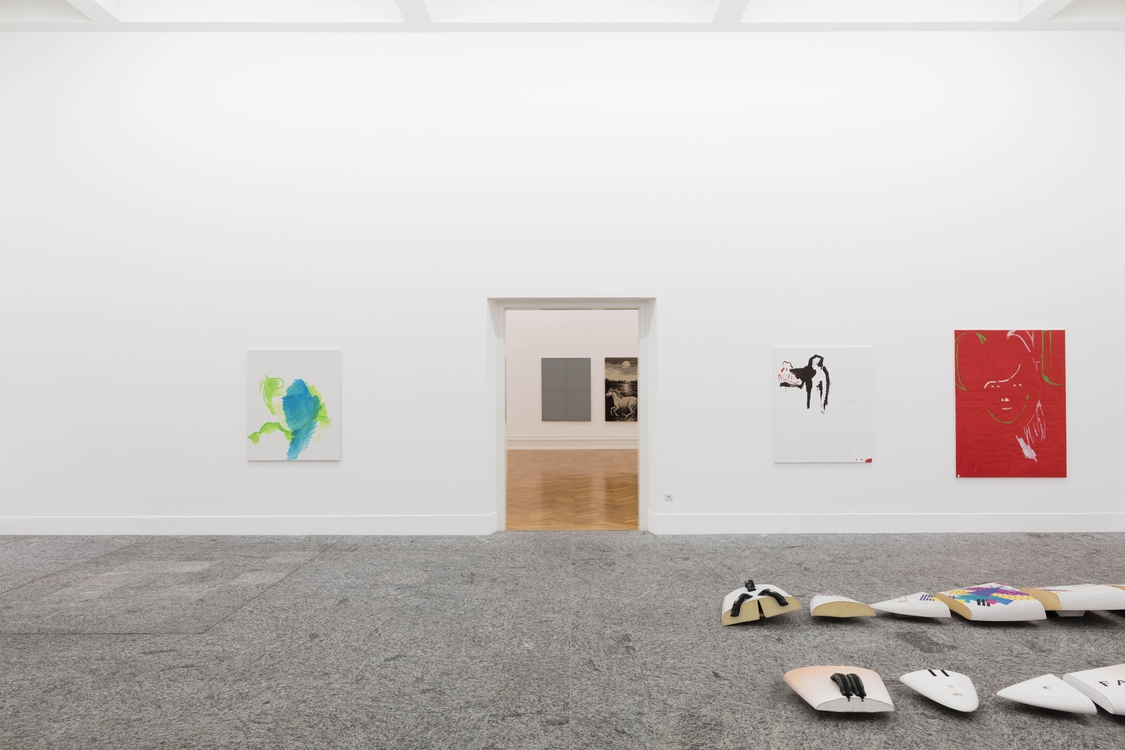 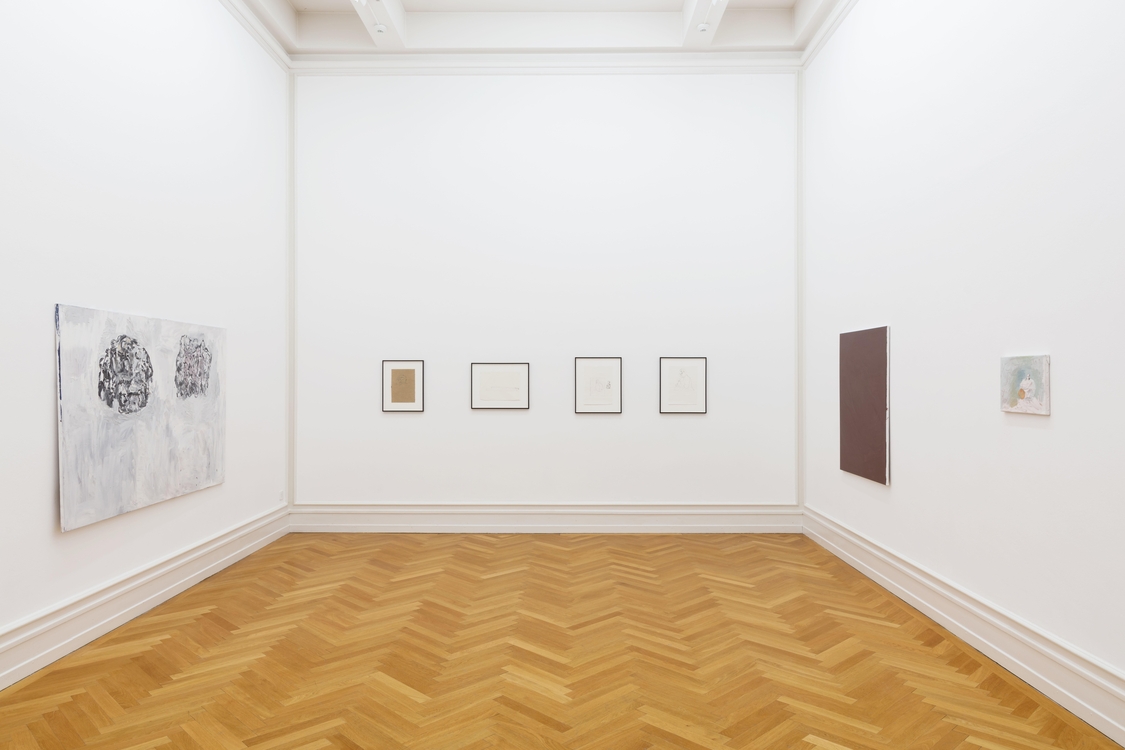 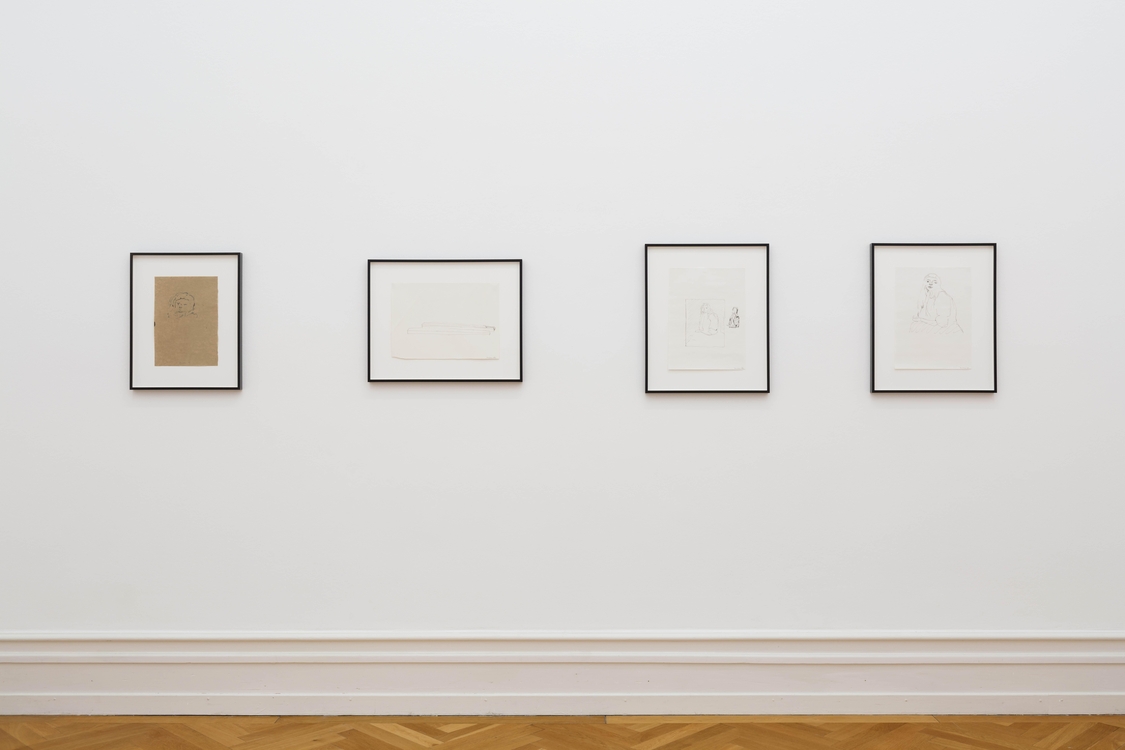 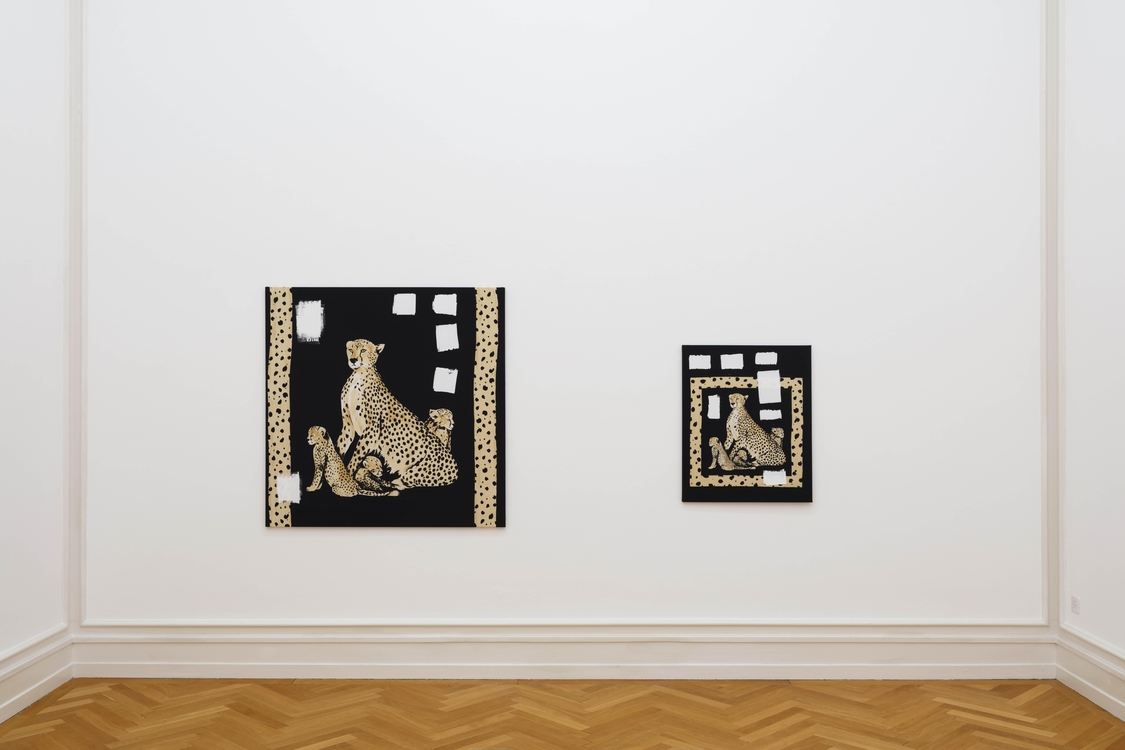 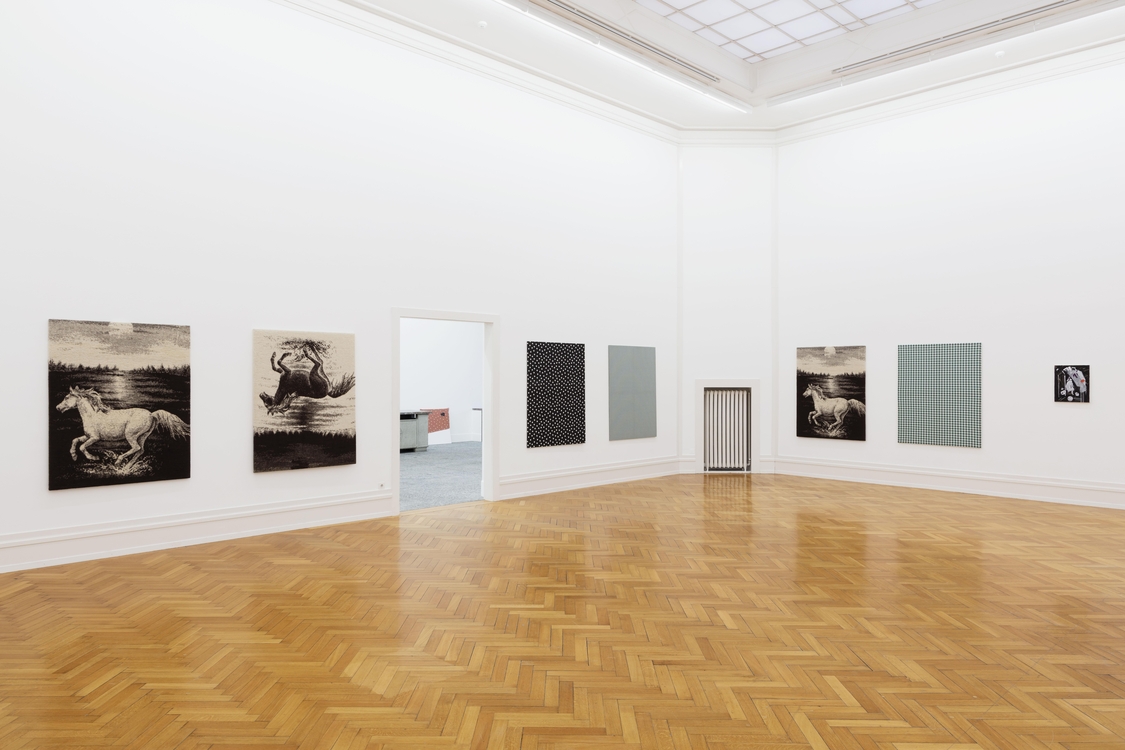 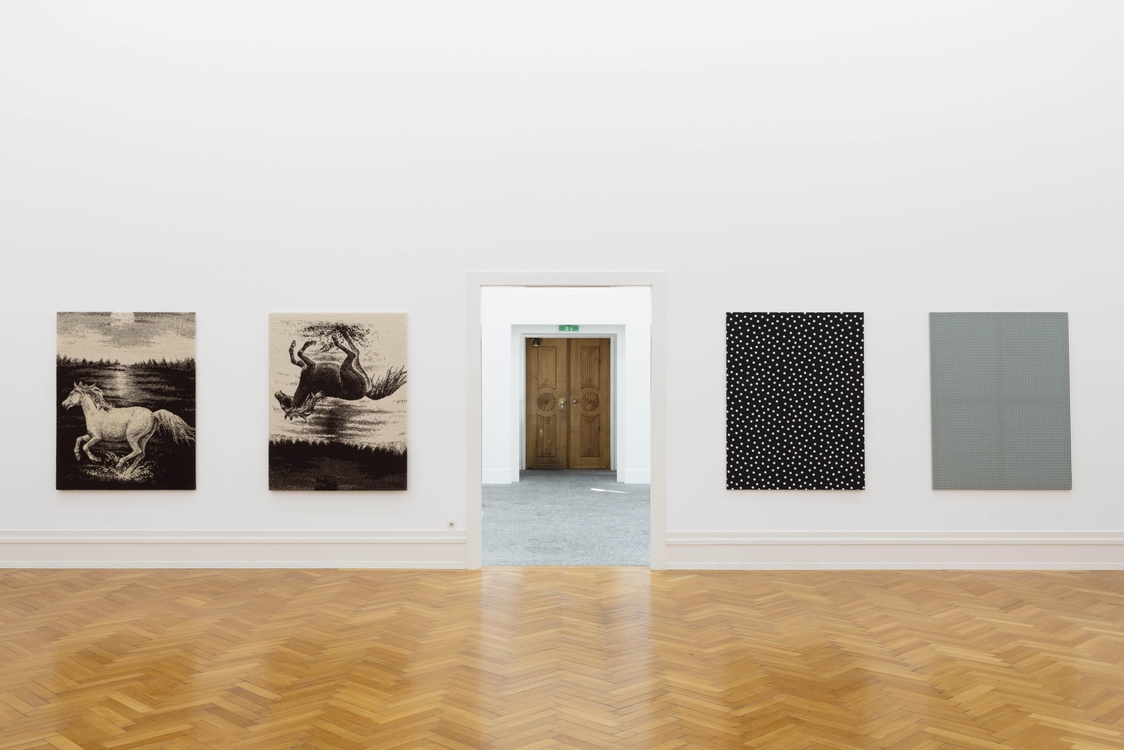 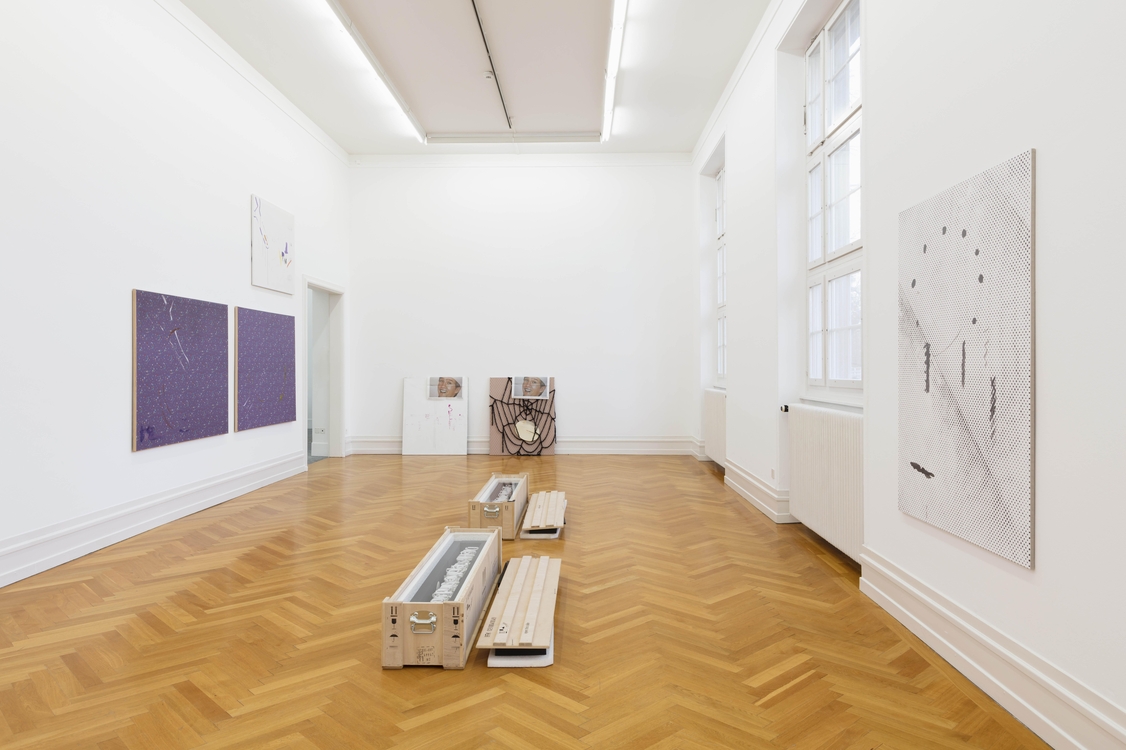 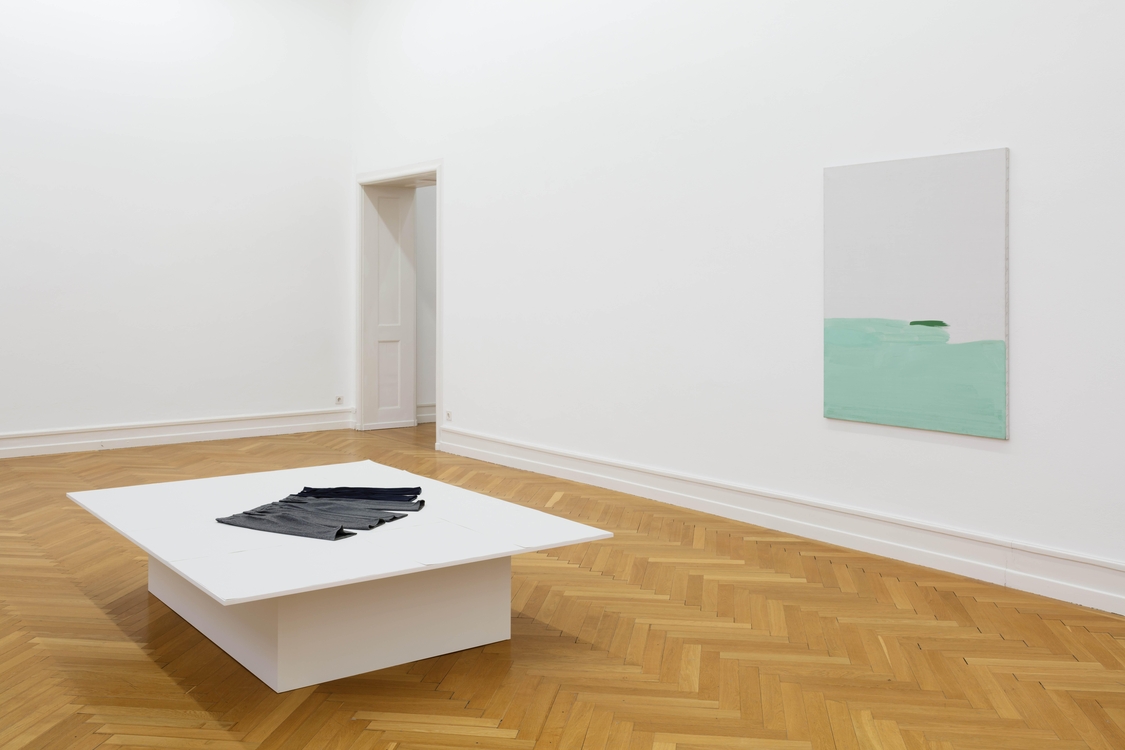 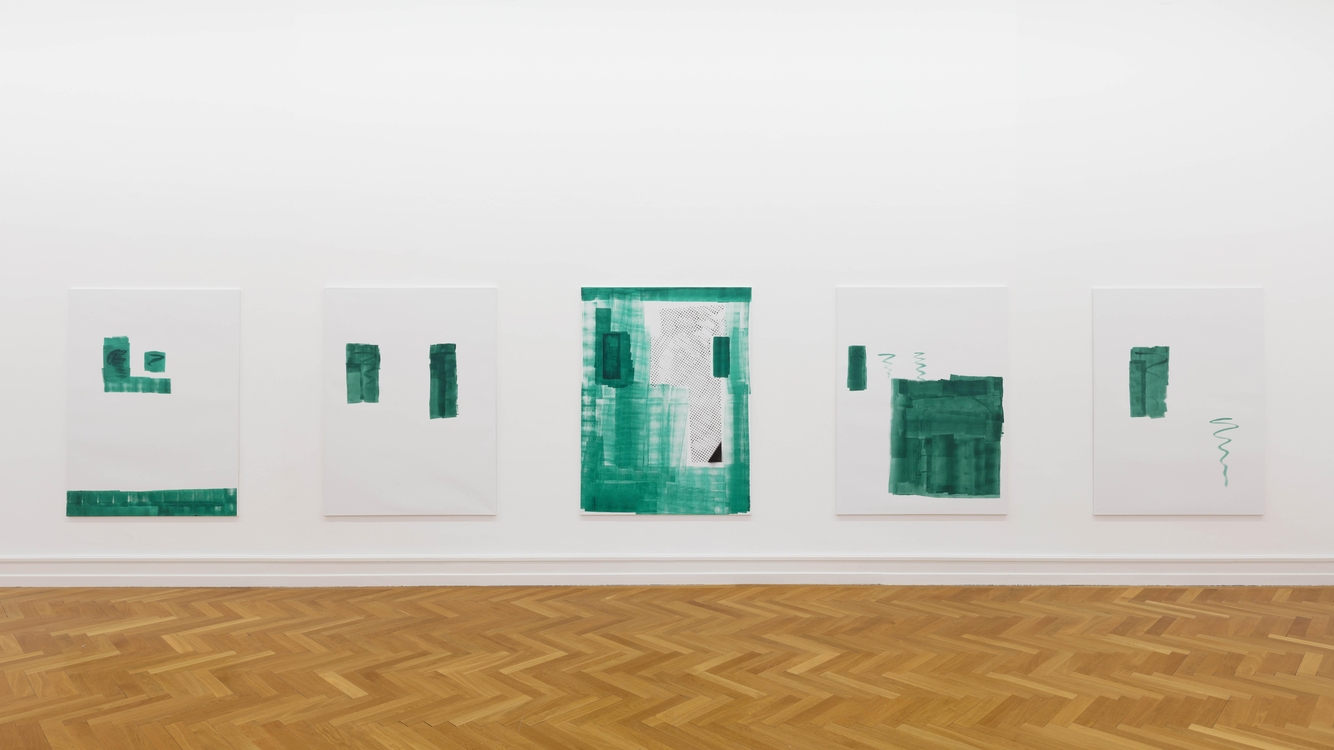 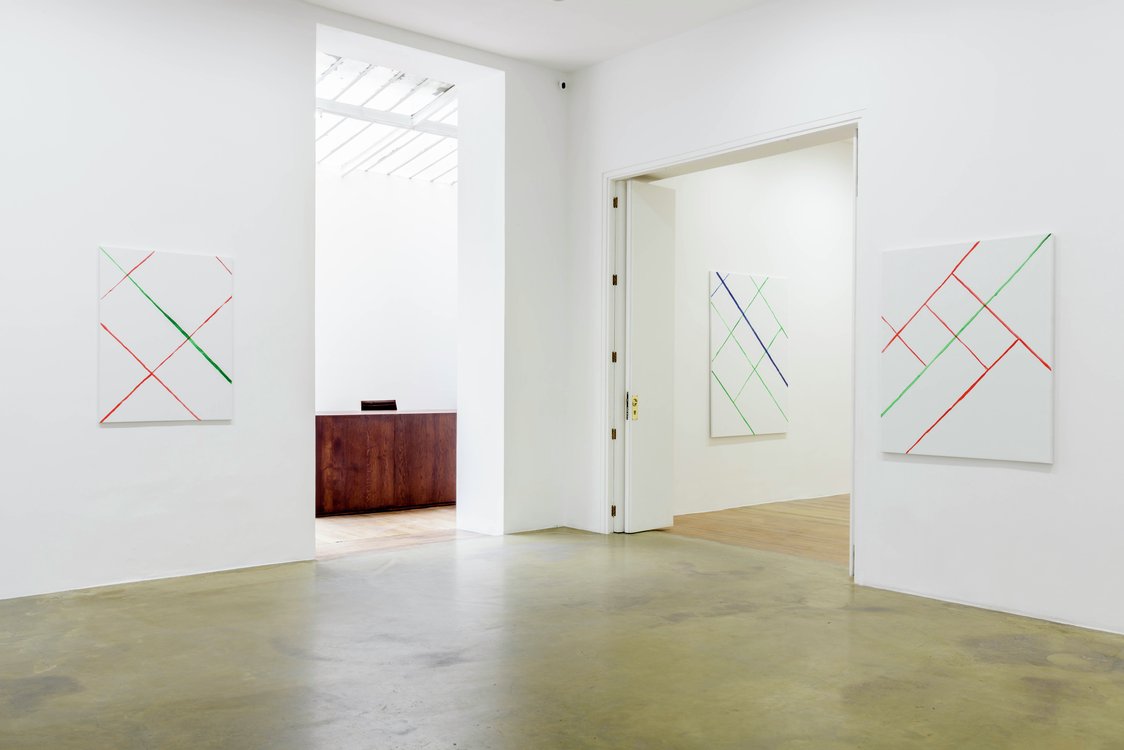 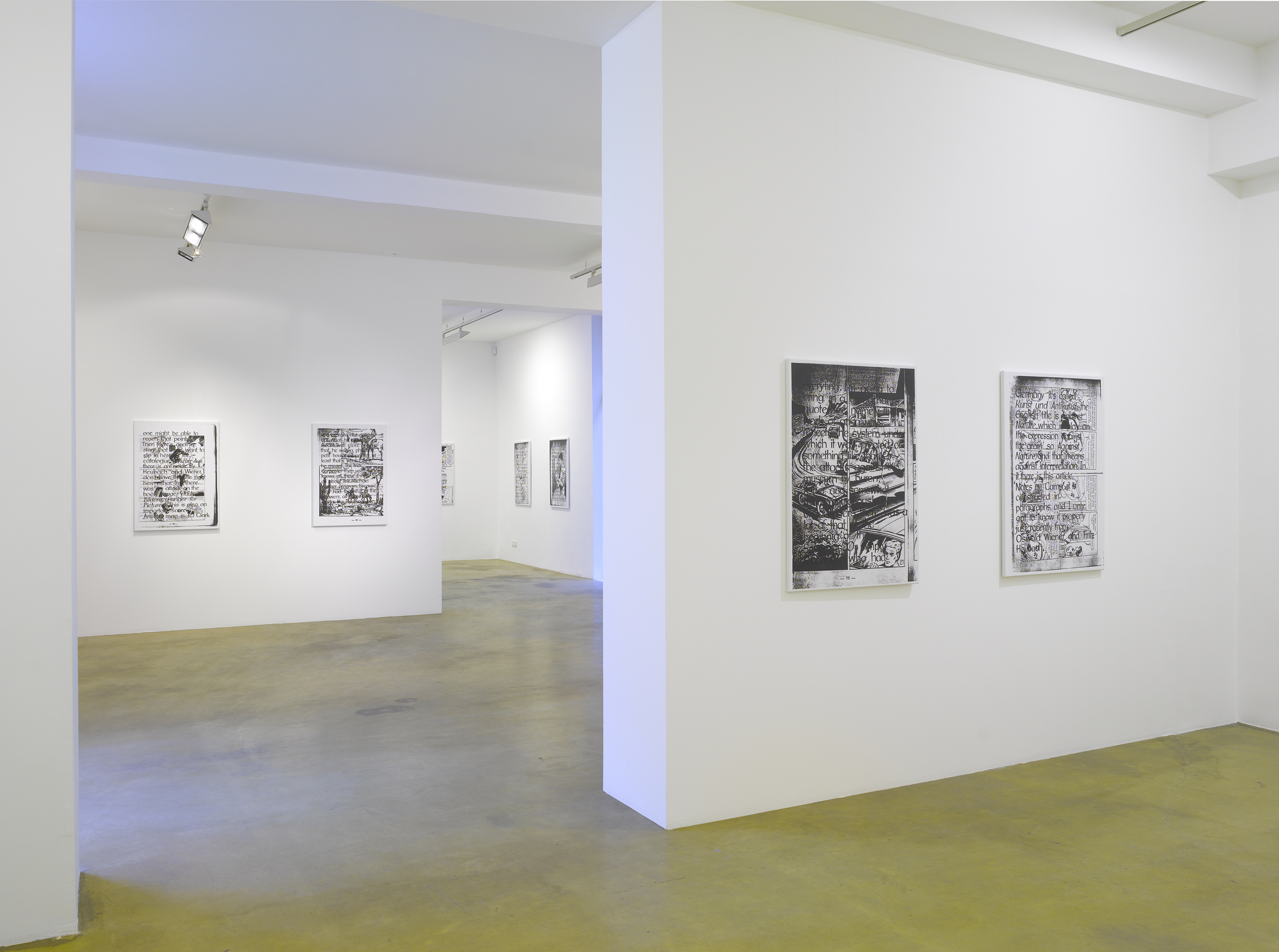