“Travelling reaffirms that the world is not a flawless process.” These are the words of philosopher Jean-Godeffroy Bidima, whose works on African identity are built around this notion, which he deems to be resolutely plural. His definition is a promise that looks to the future and to growth, opening the fertile ground between identity, travel and memory to a constellation of new possibilities. With the issue of migration occupying a central place in society, and the West still struggling to break free from postcolonial discourse, the Traversées project questions the factors behind the acts of travel, movement and uprooting that fuel the work of Kimsooja and her fellow artists who, through personal experiences and without bias, are able to capture and portray the perceptible and invisible flows of an increasingly unsettled contemporary world. The common thread between voluntary nomadism and forced migration is probably found in the act of being uprooted.

To symbolically hand over the keys of Poitiers to an artist is to accept that the city’s memories will be transformed into a space in which to imagine the future. But it is also to offer the artist the opportunity to re-frame her work; to imbed it in a new time and space, that of a city steeped in history; to imperceptibly sketch out new lines, influenced by the ideas of Michel Foucault, by the memory of the former Palais de Justice, by the spirituality of places of worship, and by the generosity of the Villa Bloch. These “traversées” will open our eyes to new paths and will write a new chapter in this rich story, one that will not only be recounted but lived and shared, turning local residents and visitors alike into wanderers, following the paths left by the artists, routes that fork and multiply into a disorienting infinity. This physical act of wandering generates a metaphorical roving at the heart of the city, inviting those present to “be rooted in the absence of a place”, to borrow the phrase coined by philosopher Simone Weil.

A “traversée” is a journey, an experience of otherness and hospitality.
Traversées / Kimsooja is not a prescribed experience; rather, it presents myriad possibilities for visitors to create their own paths. Similarly, the artists accompanying Kimsooja “advance life, activate it, intensify it, renew it”. The city, transformed by these unique works, progressively reveals its various historical, social, collective and individual dimensions. In this kaleidoscope, every movement, every action, every breath, every glance becomes another possibility for physical and metaphysical discovery, and constitutes a shared memory, woven together by the gestures and works that comprise – just like Kimsooja’s Thread Routes – this “slow and silent journey”.

Space is transfigured in Kimsooja’s work, becoming a sensory experience. She hollows out the architecture of the different sites, letting new sensations in, disturbing their stability. She instils a void in the heart of the stone, that interstitial space essential to the dialectics of Yin and Yang, to the rhythm of breathing, the beat at the core of life. Inspired by Michel Foucault and his definition of heterotopia, which “has the power to juxtapose in a single real space, several spaces, several locations which are in themselves incompatible”, Kimsooja disperses space using light diffraction and mirrors, as seen in her work To Breathe. Her spaces are dematerialised; they shake off the weight of history to become – like the artist herself – nomadic. They are spaces without space and thus, in Foucault’s eyes, produce the shift required to make the coexistence of utopias possible. Kimsooja metonymically inverses the world order, her aesthetic response to the turbulence and violence she perceives. Our sense of horizontality is disturbed as it becomes warped by the effect of the mirrors into abyss-like depths, while the space takes on an atmospheric quality. “I’d like to make works that are like water and air, that cannot be owned but can be shared by everyone,” explains Kimsooja. Like the miniature world contained in the “bottari”, the lines between Kimsooja’s work and the space that it inhabits become blurred. Fabrics, films and mirrors – the artist’s vocabulary – take on the appearance of bodies or membranes, skins that sense, react and reveal, that filter and diffract the commotion of urban life, the flashes of light, energy and electric short circuits that punctuate the outside world, transforming them into a constantly self-renewing visual and pictorial experience.

The works by the guest artists infiltrate city life, offering shared vessels for beleaguered bodies, worn down by the inconsistencies of the world, gradually breathing in unison or moulding, as is the case with the clay spheres of Archives of Mind. An emotion is released from these works; the realisation that we can now conceive, to borrow the words of Jean-Paul Sartre on the eve of the Second World War, “what an emotion is. It is a transformation of the world.” 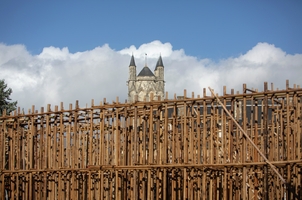 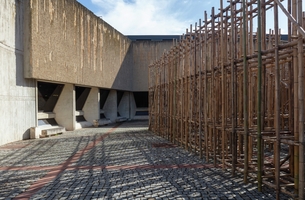 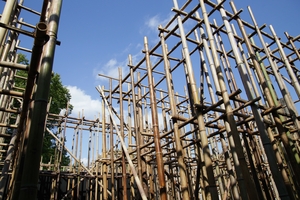 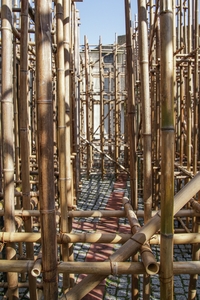 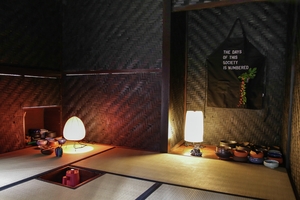 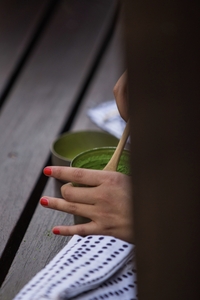 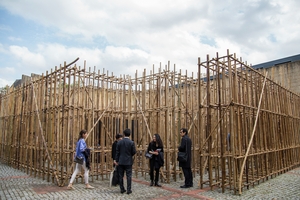 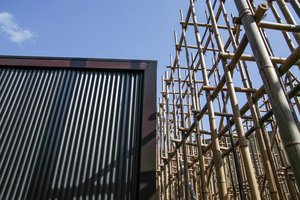 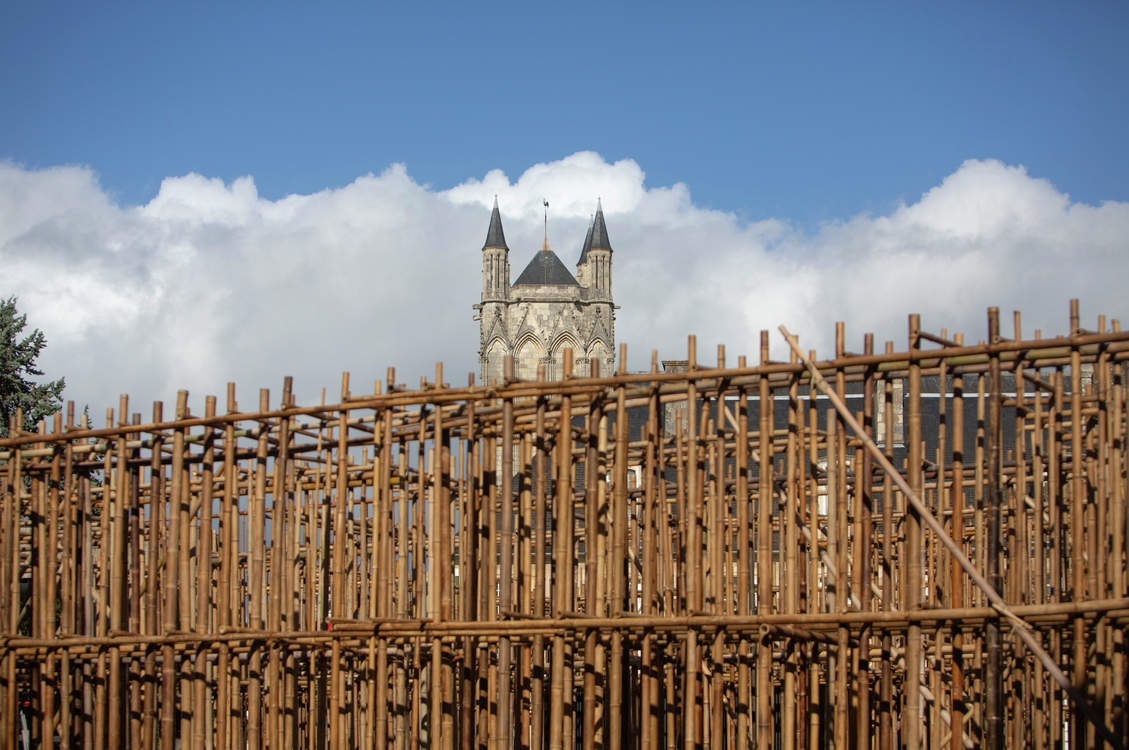 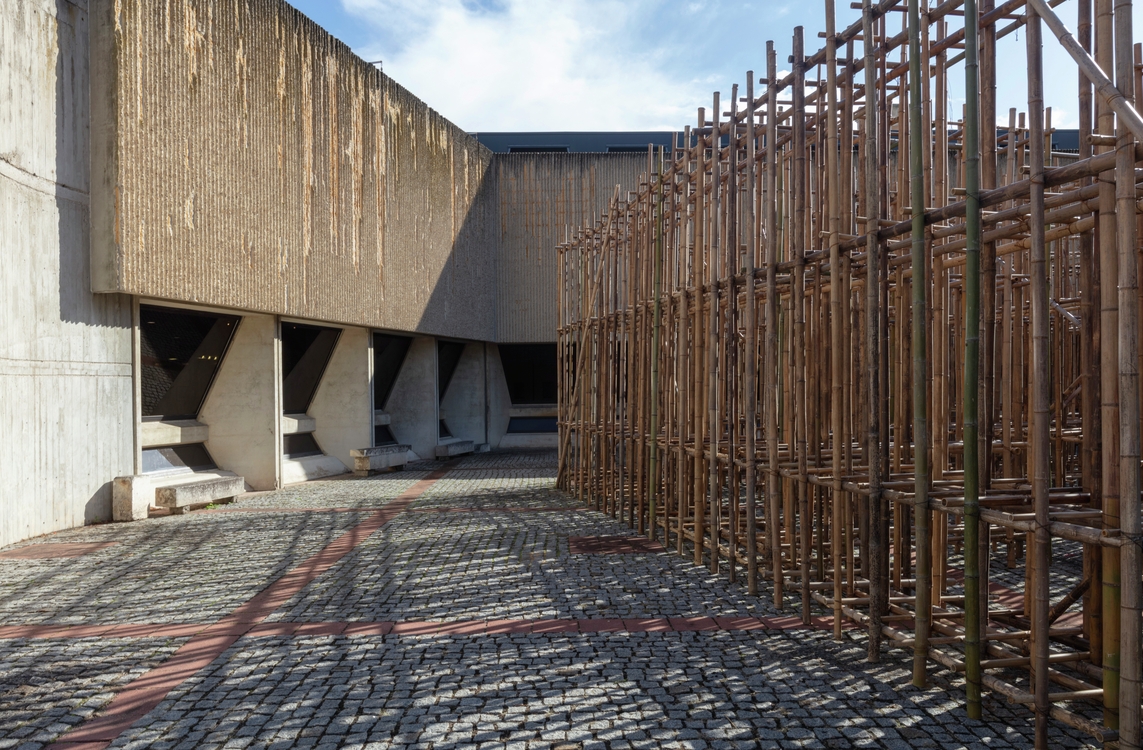 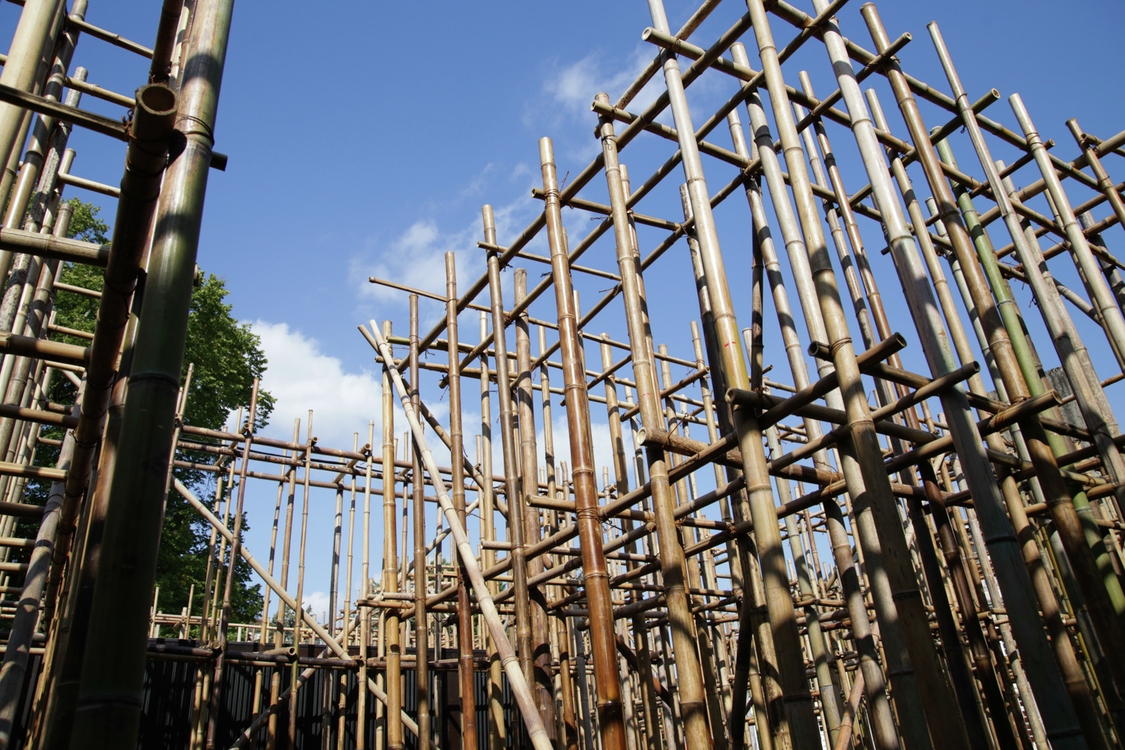 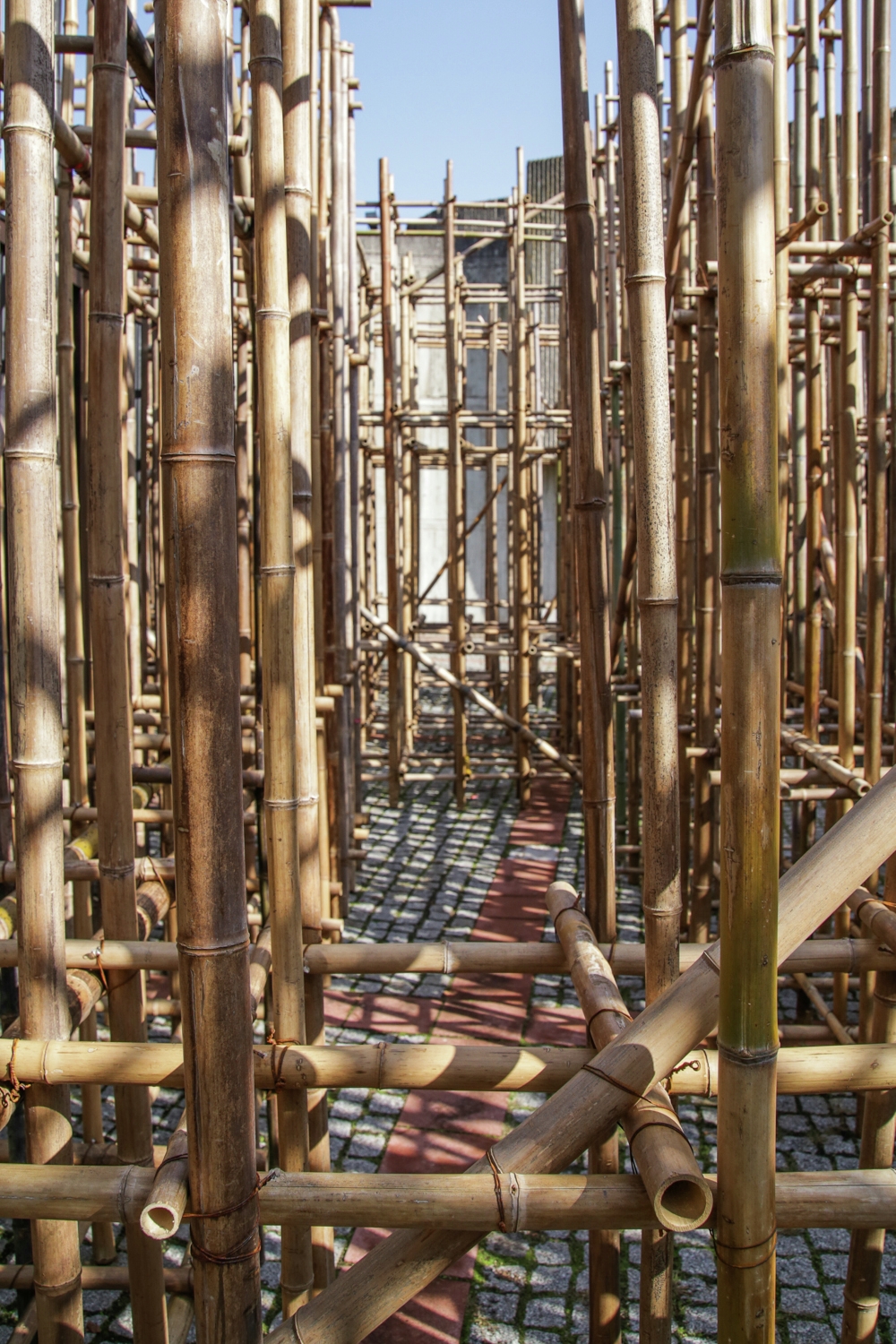 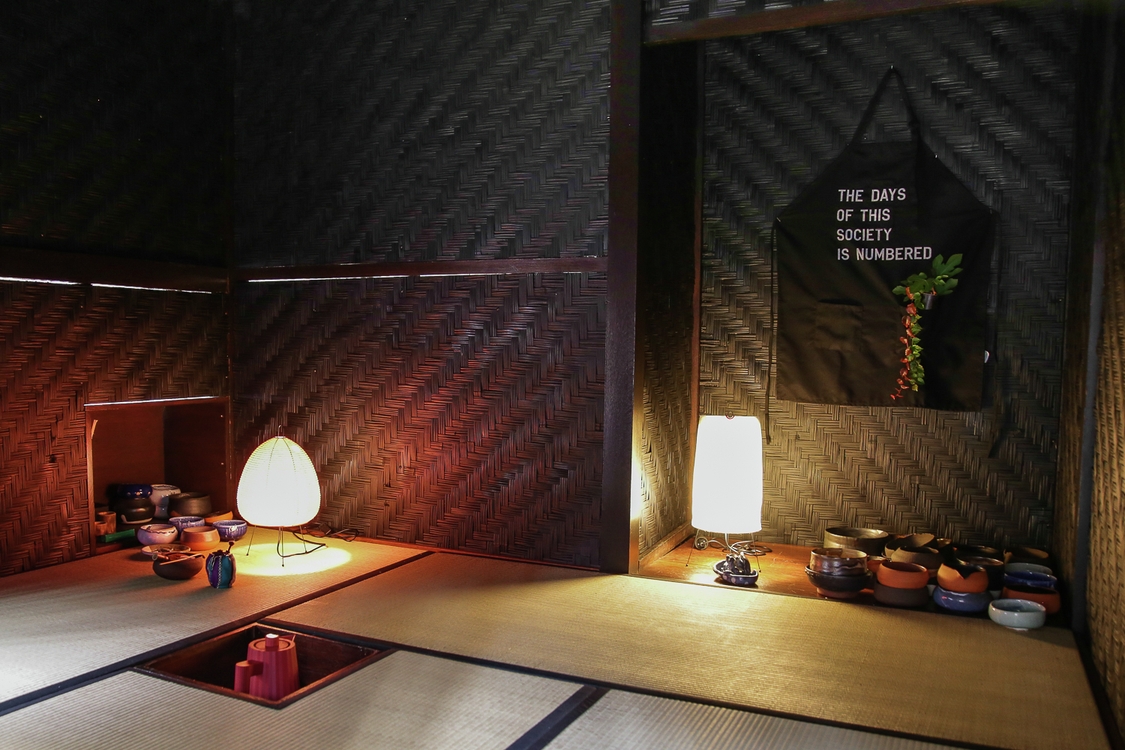 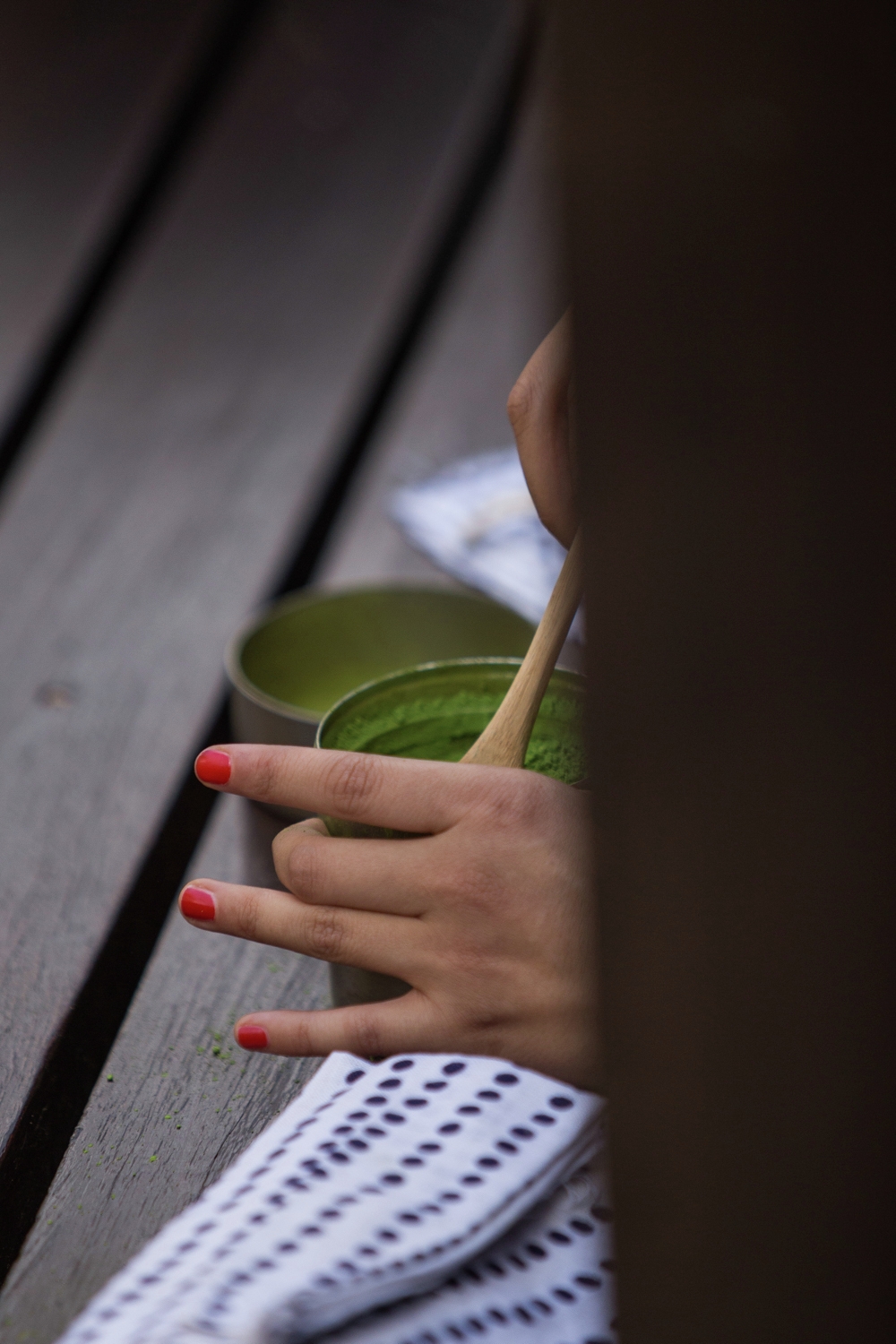 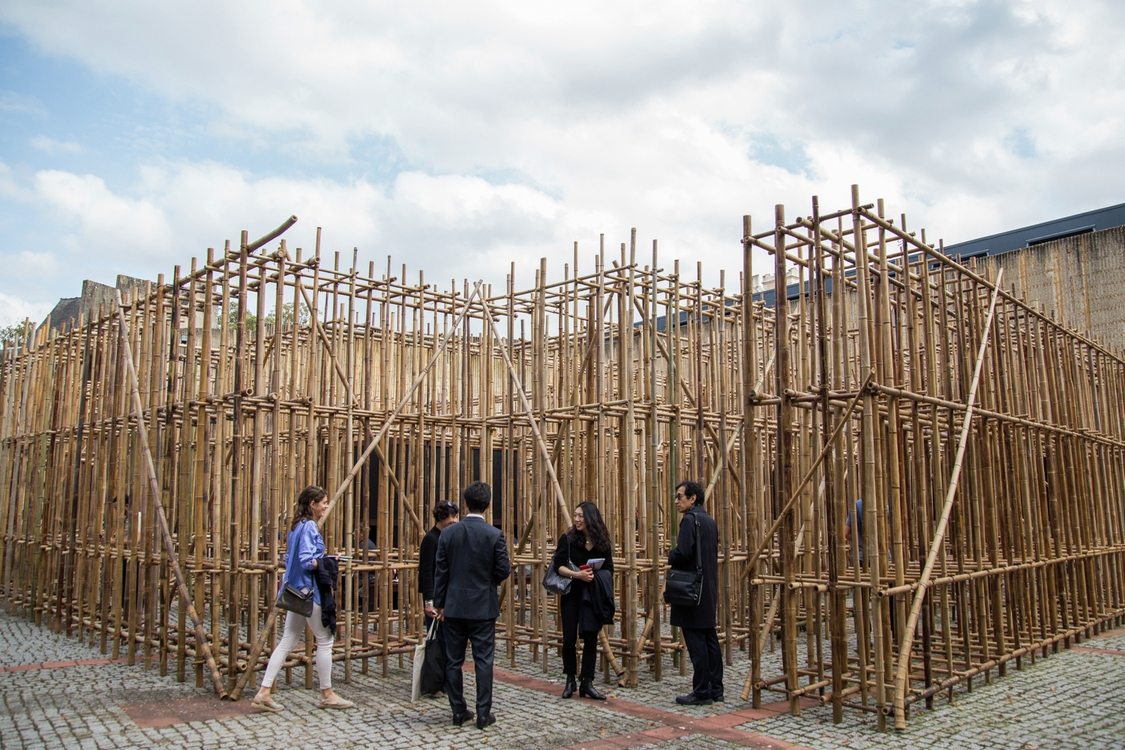