‘ Mental images can flow from one mind to another, outside the field of appearance, like a synthetic telepathic conversation. They can also be externalized from the minds of the subjects and manifest physically. It would then be possible to witness the creation of a collective imagination, as in a neural ritual. Mind's Eyes are mental images extracted from UUmwelt, artefacts of the field of the imaginary, precipitated occupying space. They are in an ambiguous continuity between visual human imagination, artificial intelligence, data and matter.’
— Pierre Huyghe

After UUmwelt is a new commission created for La Grande Halle, a former SNCF production space, now part of LUMA Arles. Pierre Huyghe has transformed the site into a situation where human and artificial imaginations are exposed to biological and technological organisms, viral cells and forms, which actively produce an otherworldly sentient environment, populated by processes and mutations. 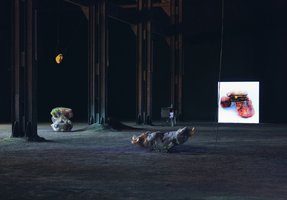 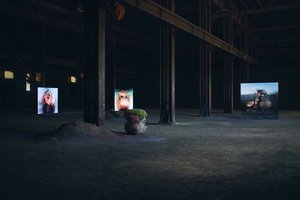 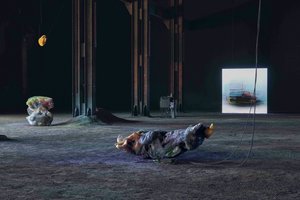 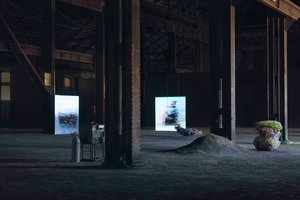 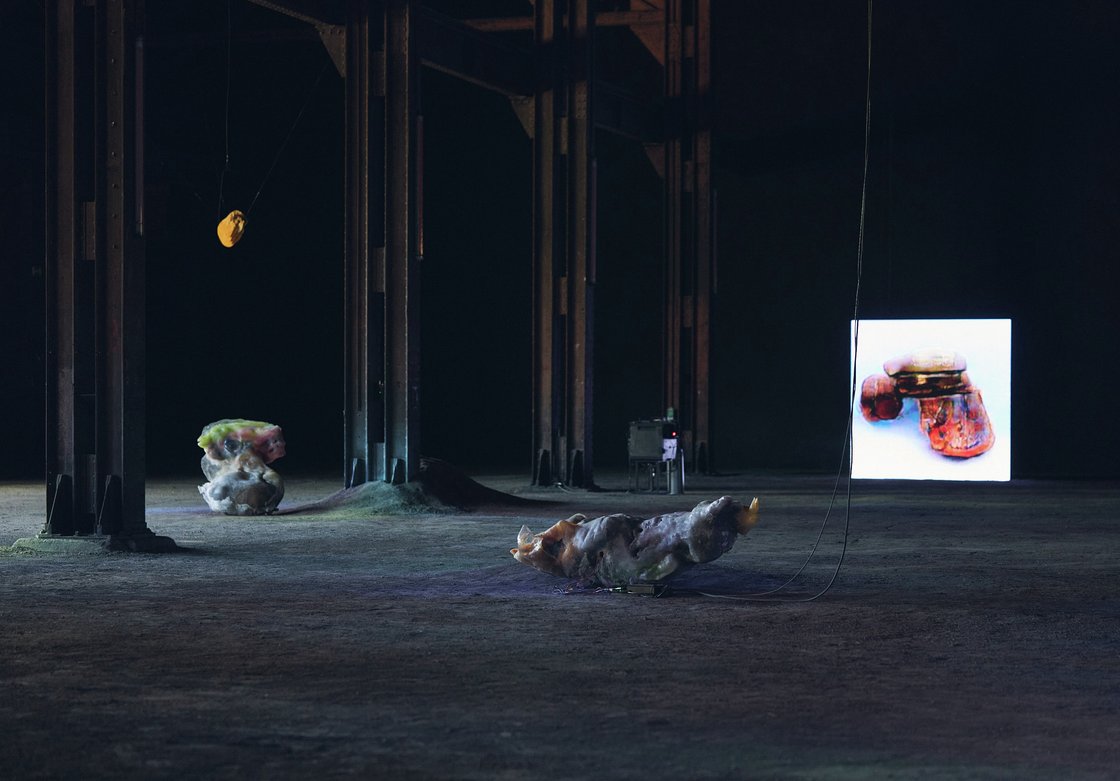 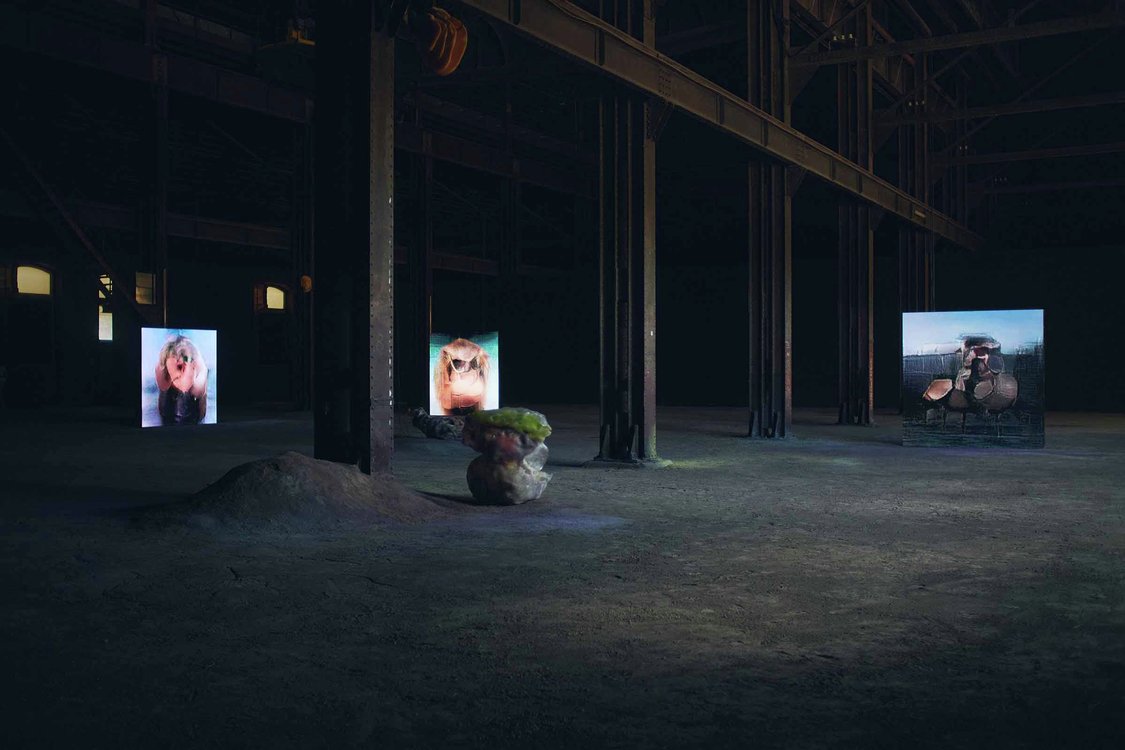 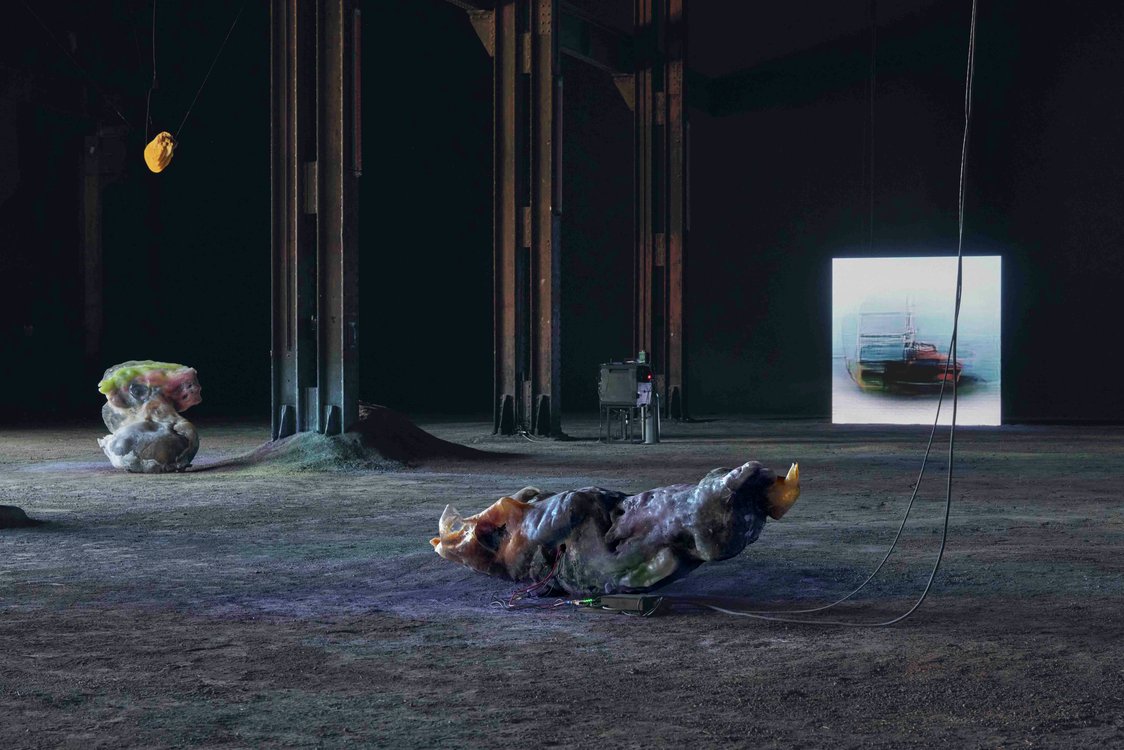 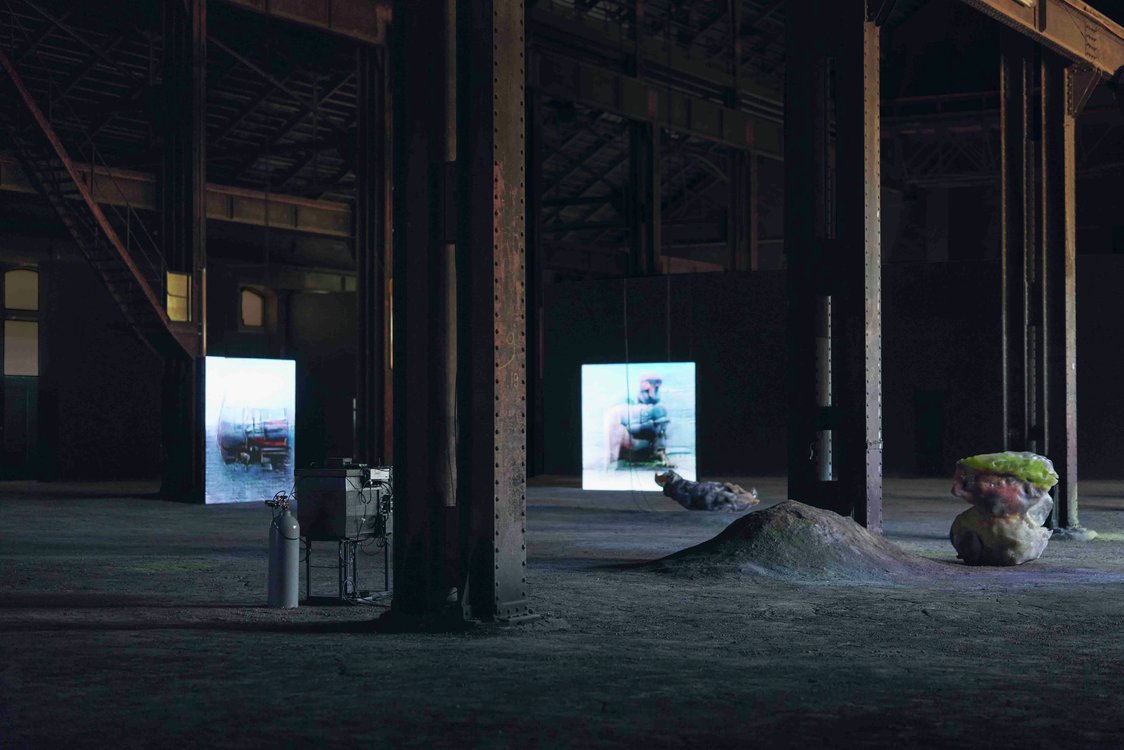 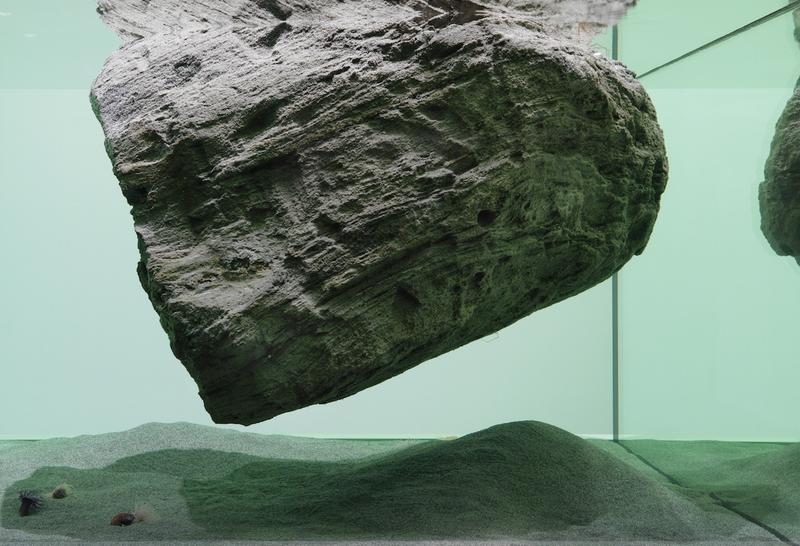