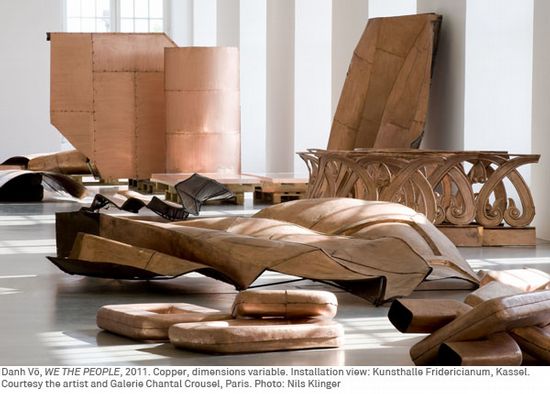 Today, The New Museum announced the list of participating artists in the 2012 Triennial, the only recurring exhibition in the United States devoted to presenting young artists from around the globe. Opening to the public on February 15, the Triennial will feature thirty-four artists, artist groups, and temporary collectives, totaling over fifty participants, born between the mid-1970s and mid-1980s, many of whom have never before exhibited in the US. This second New Museum Triennial, titled “The Ungovernables,” is curated by Eungie Joo, Keith Haring Director and Curator of Education and Public Programs. The exhibition will be on view throughout the entire Museum until April 22, 2012. The exhibition’s title sponsor is the Joe Fresh brand, a new-to-New-York fashion line.

The Ungovernables is an exhibition about the urgencies of a generation who came of age after the independence and revolutionary movements of the 1960s and 1970s. Joo conducted primary research for the Triennial in more than twenty countries over the course of eighteen months, visiting hundreds of artists in the process. “In many ways this generation was formed by the instability of a period marked by military dictatorships, the IMF crises of the 1980s and 1990s, the spread of global capitalism and the rise of fundamentalism,” Joo says. “But what I encountered were artists whose practices demonstrate remarkable resiliency, pragmatism, flexibility, and hopefulness.”
[...]