Sean Snyder has always been fascinated with the way that images function to transmit, distort and store information. His early focus on political propaganda was part of a larger project of exploring the role of the image, and this has led him over the years to question both what constitutes an image and what constitutes information itself. The many different ways in which information will be shaped by its vehicle undermine any rigid distinction between ‘content’ (information) and ‘form’ (image). In a work of vast breadth and scope, Snyder taps into the myriad sources of today’s newsfeed culture to make us reflect on the very foundations of what we see on our screens.

The current exhibition takes its title from the basic geometry of the visual image. The aspect ratio of a rectangular image is the measure of width divided by height, and any construction of a visual space will involve a choice as to which aspect ratio to employ. The Golden Ratio has enjoyed a certain monopoly here, and Snyder was interested in Fechner’s 1876 experiments on the aesthetics of rectangular forms which apparently substantiated its privilege. Fechner studied the preferences of his 347 subjects for ten white rectangles laid out on a black surface with different aspect ratios. His conclusion that there was a real gravitation towards the ratio of 1:1.618 was taken as evidence for some sort of natural, innate biology of form, yet more recent work has shown fairly conclusively that this is not the case, and that different people may prefer different rectangles.

This of course begs the question of what it means to ‘prefer’ a rectangle, yet in our daily lives it is rarely up to us to make this choice. Images surround us and capture us with a predetermined aspect ratio, and hence Snyder opens his exhibition not with any kind of seductive image, replete with meaning and resonance, but, on the contrary, the empty formal framework of a rectangle, encouraging us to recognize how prior to any image making there are procedural issues of formatting, ‘grounds’ in the properly Kantian sense. This is the first encounter in the exhibition.

Once we pass this initial frame - which is, after all, the initial frame of any visual image - Snyder draws us further into his enquiry. His dialogue with Pit Schultz was a major inspiration for him, revolving around questions of translation of data into visual and non-visual form. The works, indeed, present data in all its forms: moving image, sound, a QR code, and a meticulous analysis of reordered puzzle pieces. Media shift and change, as we witness John Cage’s iconic silent 4’33” metamorphosise into a visual timeline on a plasma monitor, bringing movement back into what might have seemed to be a static absence. Images, sounds and even the absence of sound become data here, and data is elevated to the status of art object.

The very discrepancy between the formats and techniques that each of the works uses reminds us of how many different forms of representational space there are and poses the question of what, if anything they have in common. Is there some hard, irreducible kernel at the heart of all these practices of data transmission, some remainder or core that each of them circumscribes, some ultimate truth or jewel of information that lies at their centre?

Drone footage taken around Mount 10 in Switzerland (Cloud Sediment (Gstaad)), the Fort Knox of data storage, evokes both ideas of surveillance and attack, and of this hidden treasure, the information Grail buried deep beneath the facility’s surface. The storage centre is apparently able to withstand earthquakes, atomic bombs, terror and hacker attacks, yet the spectacular images of the site are offset by Snyder’s emphasis on the fragile apparatus that has produced them. The transformation of data itself is played out in the humble Walkman which plays the audio of the drone yet without the images. Data and data deprivation coalesce.

In parallel, Snyder’s analysis of jigsaw grids (Horizontal Propogation) suggests that this loss is a condition of the passage of information in the digital world, that the chest is empty, with their fragmentary serial approach, and their absence of a final piece. The original image is a lithograph of a painting that the CIA used during the Cold War, but it is never visible in its entirety. These works deny us the finality of a completed image, as if all we have are fragments. At one level, this evokes the way in which we are perpetually bombarded with information, shaped by ideologies, with no ultimate knowledge situated outside the flow of news or ‘information’, no single Archimedean point from which all would suddenly come into proper perspective.

The mischievous inclusion of a contemporary Duty-Free Molotov Cocktail not only references the ever-present threat of a terrorist attack - or rather, how this is relayed and channeled to us - but also the idea of a collapse of the image, an act of destruction that perhaps lies at the horizon of information and encryption. The gleaming Absolut bottle and fancy scarves which would serve to light the cocktail situate it simultaneously as another consumer good. Terrorism itself become product.

The potentiality of a wholesale act of destruction becomes complicated when we turn to Snyder’s work Fukushima Daiichi (November 15, 2009). Here we see static images of the site of Japan’s nuclear disaster, yet it is unclear what exactly we are seeing. Is this Fukushima before or after the catastrophe? What does the image itself really tell us here, beyond the manipulation it requires in order to transmit the desired information. Our inability to determine this reminds us of our dependence on how the image is framed for us, while at the same time perhaps performing an operation of subtraction. In some sense we see the images in a different way, allowing Fukushima to lose its identity with Fukushima, a place where people lived and worked and not just as the site and symbol of a nuclear disaster. Fukushima thus becomes neither pure information nor pure image, occupying a space between both and questioning our partitioning of the one from the other.

Tableau-Bateau intensifies this process, as we see a series of images of rough seas sourced from amateur and professional news footage, archived on youTube, and video games looped on a hacked mobile phone. Snyder has reformatted the images, and deleted any sound, so the screen is transformed into a painting. Technology here becomes the conduit for new forms of art - painting in the twenty first century perhaps -  but also, more fundamentally, for a collapse of the boundaries between information and image. Snyder, after all, puts the image in the exact space where we expect information - our phone screen - showing us through his art how each of these terms is equivalent to its own failure to be either pure information or pure image. 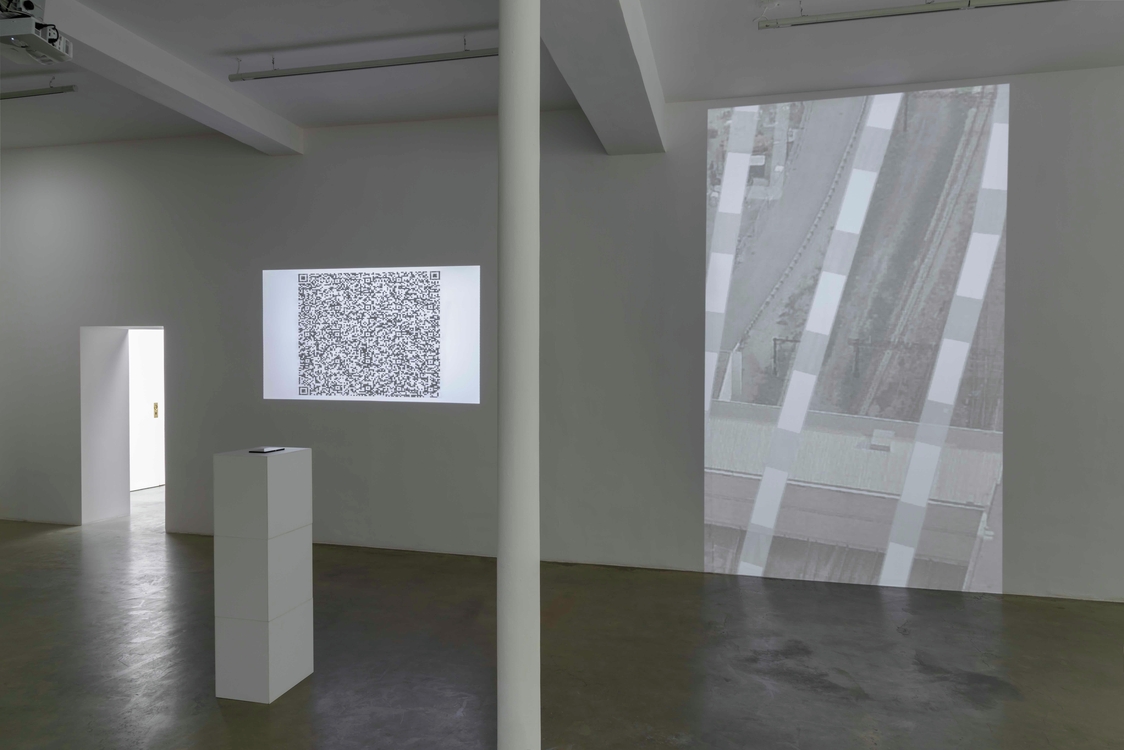 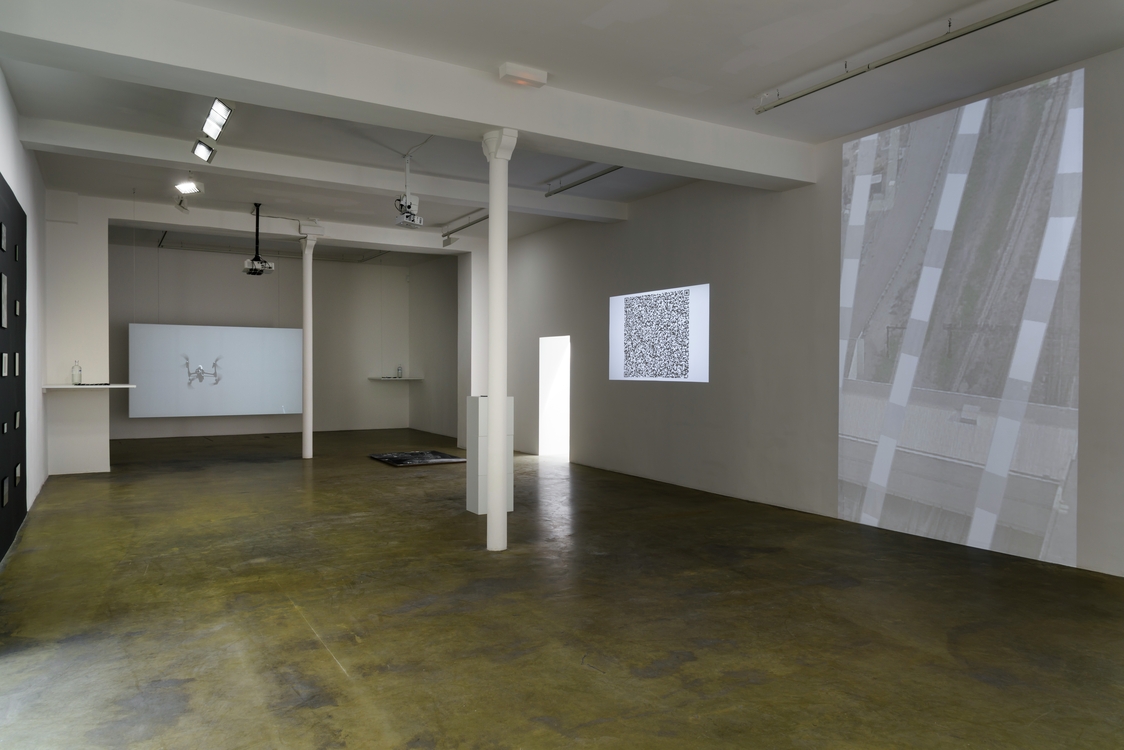 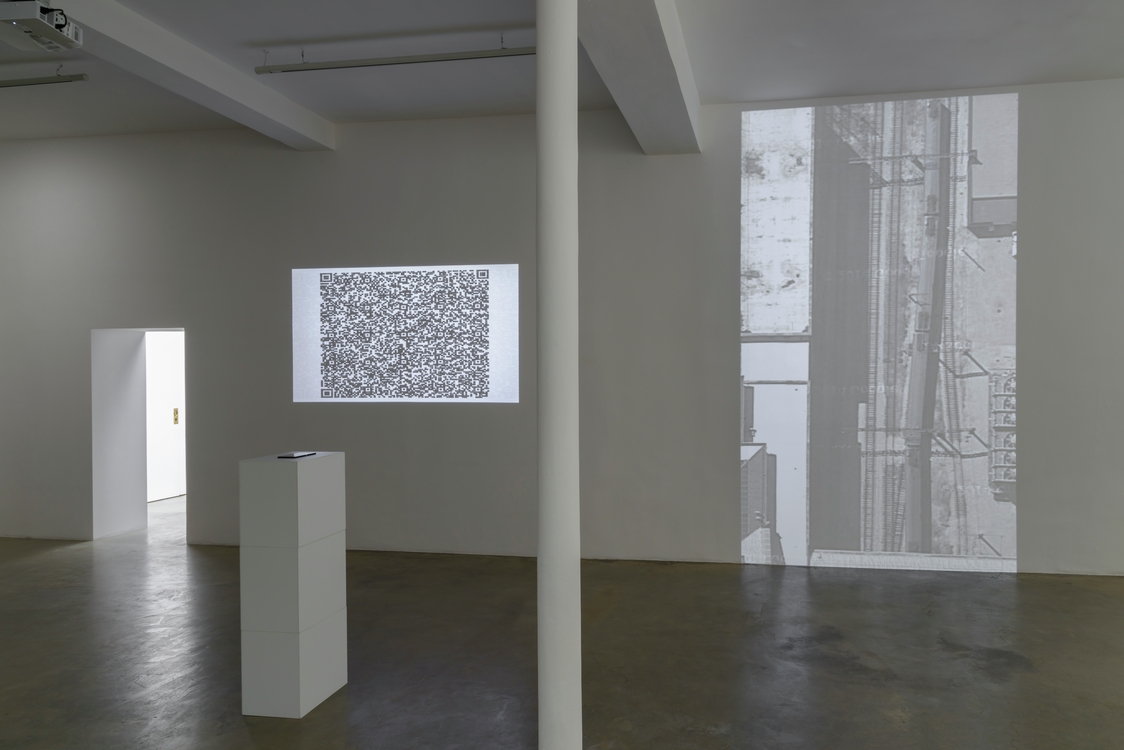 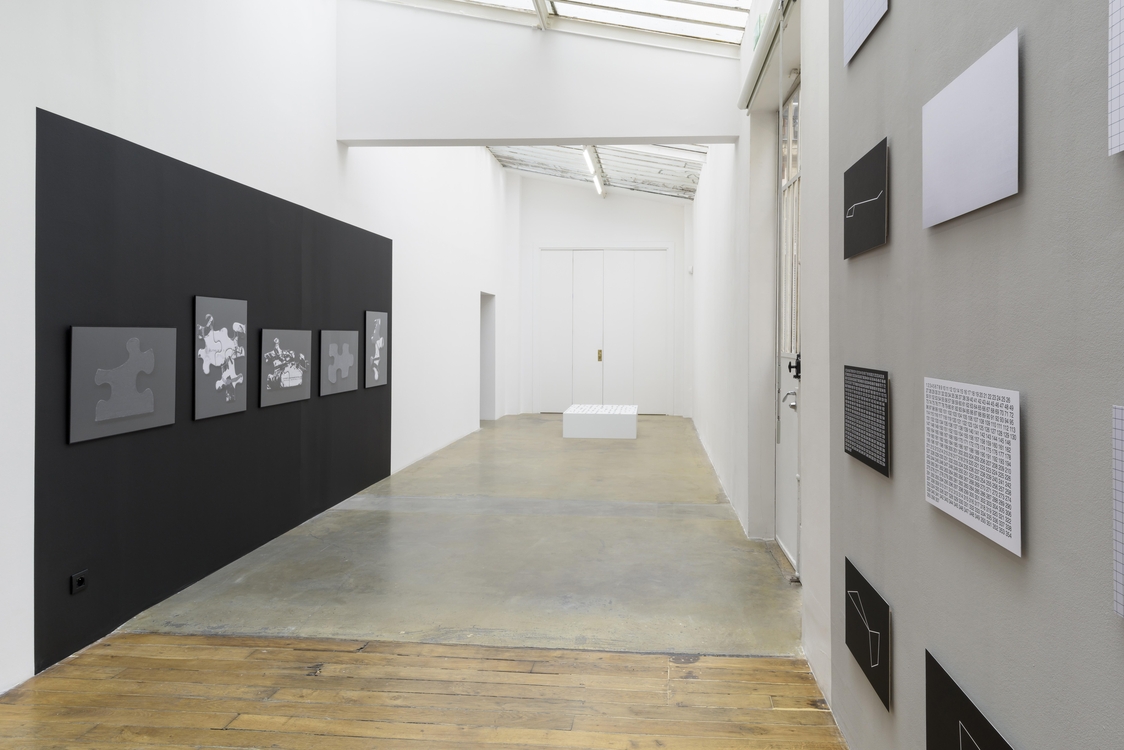 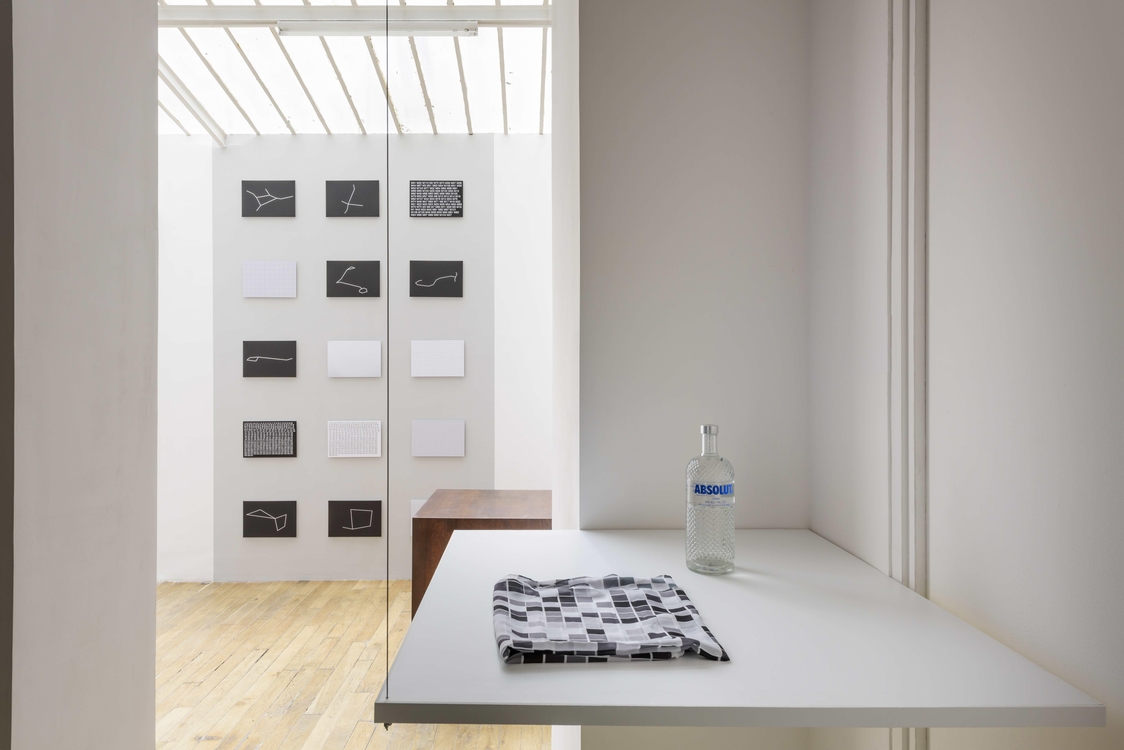 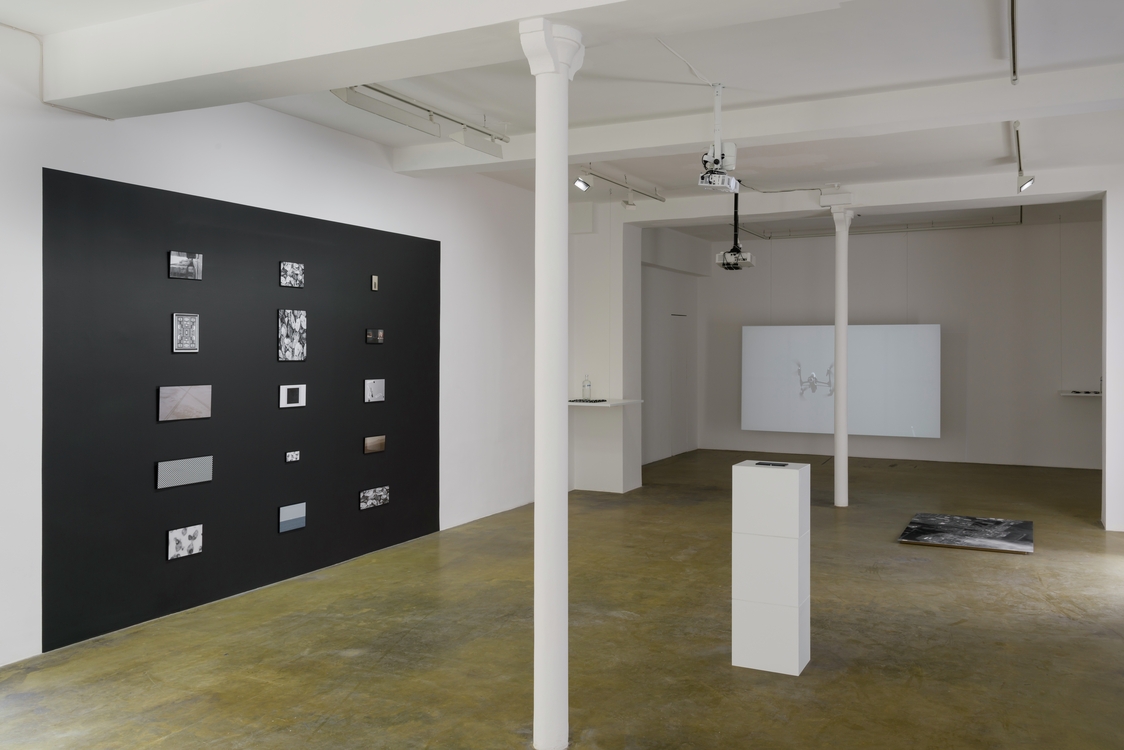 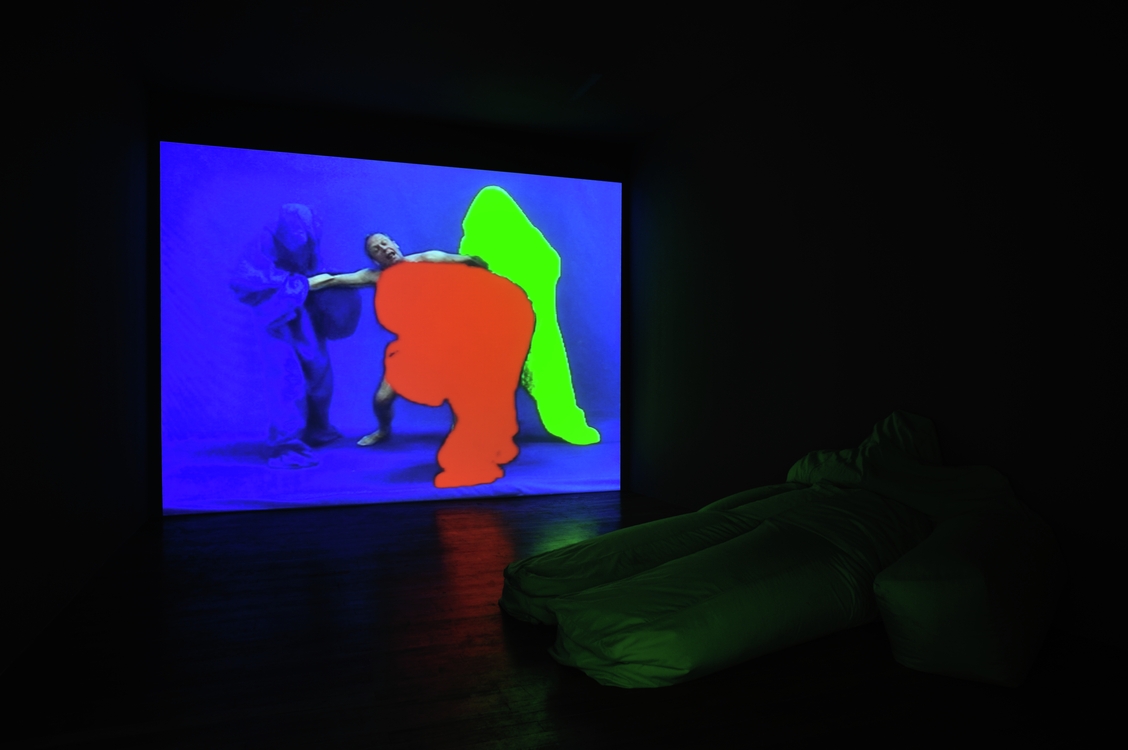 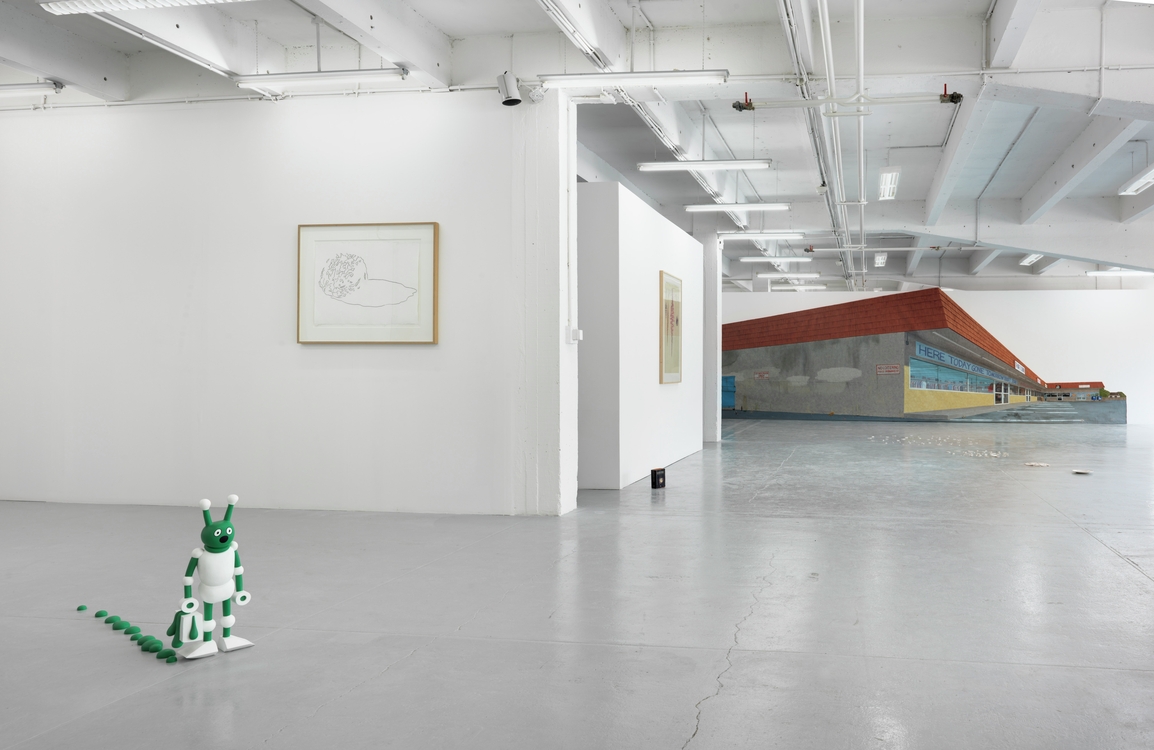